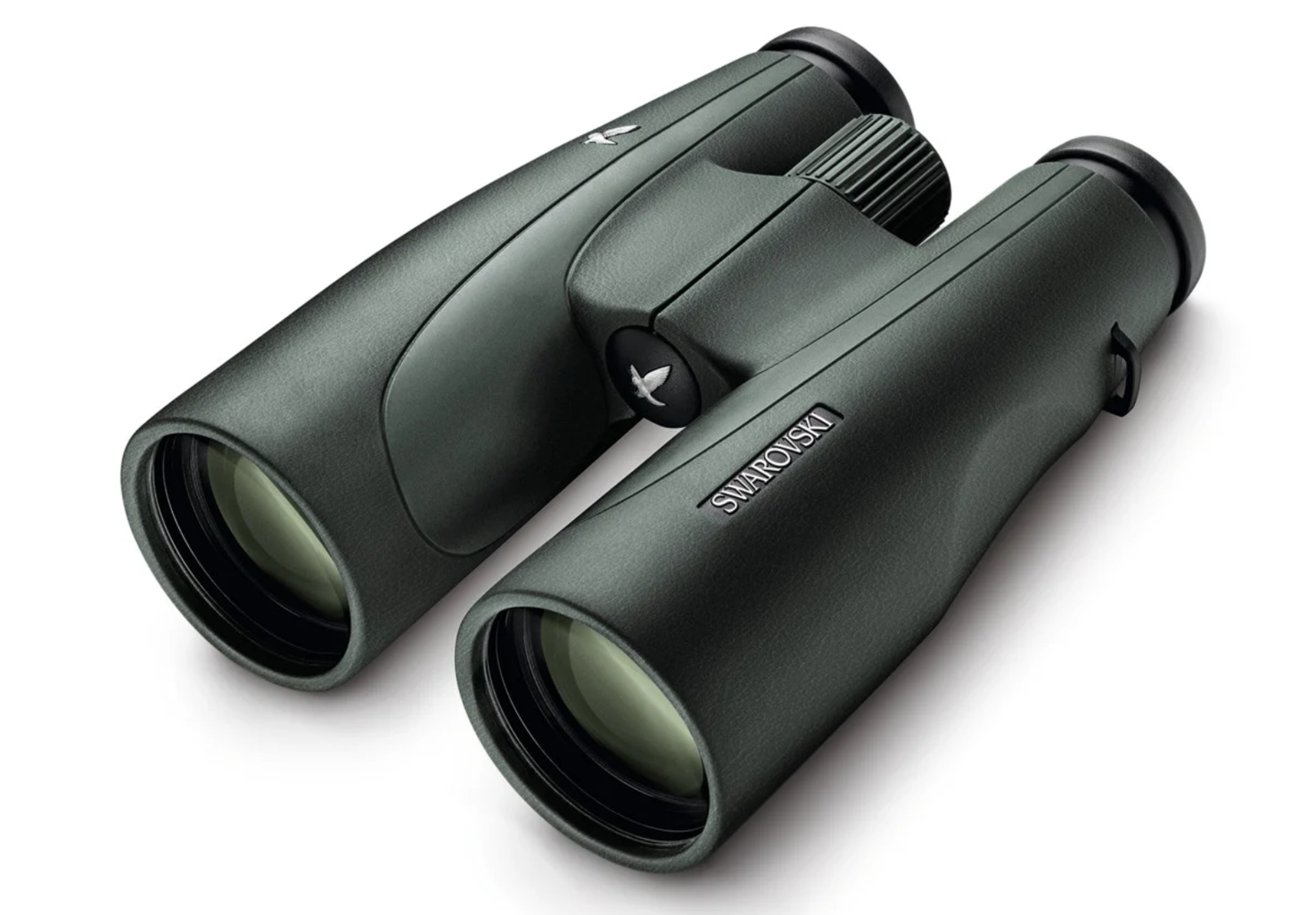 Sooner or later—and usually later—serious wildlife observers realize they need a Swarovski SLC 15×56. It’s not because the super-sized binocular is being pushed by a convincing marketing campaign, or because the Austrian optics company has introduced a new class of glass with superlative clarity and brightness. Instead, it’s because the SLC represents the best expression of magnum binoculars, and has been the industry standard since it was introduced nearly 15 years ago.

If you’re not familiar with this large-frame roof-prism binocular, think of your standard 10×42 or 8×40 binoculars and then enlarge them 50 percent. That’s what you get with the Swarovski Optik’s 15×56 SLCs, a very large, very bright, very powerful, and very expensive binocular that has become the darling of desert deer hunters, mountain sheep hunters, and serious bird watchers who don’t want to lug around the weight and dimensions of a spotting scope and tripod. It’s easy to see why this is one of the best binoculars for bird watching and hunting.

Let me be clear: this is not a casual hunting binocular. It’s not the sort of optic you throw in your pickup glovebox and bring out a few times a year. It’s expensive. It’s large and heavy. And it’s powerful. With 15-power magnification, it’s so powerful that it can be hard to hold in your hand and keep hyper-magnified images from shaking. It’s at its best when it’s stabilized, either on a tripod or on some sort of stable mount, like a fence post or the door jamb of a pickup.

But all that magnification has a purpose. It allows you to see your target in great detail. And because Swarovski uses its premium glass in the SLC, the image is clear from the center to the very edge of the field of view, without any distortion or “bending.”

I used my Swarovski SLCs most rigorously in the Sonoran mountains of northern Mexico, on a hunt for Coues whitetail deer. These are the smallest, most bashful, and most cryptic of our deer species, and because they live in huge expanses of cured grass, same-seeming mountain hillsides, and pockets of dun chaparral, in order to see them, hunters need crisp, powerful binoculars.

You’ll see that most Coues deer guides in northern Mexico and southern Arizona have 15×56 SLCs either around their necks or in their dented pickups. That’s because the binocular is much lighter and more portable than a spotting scope, but also because the binocular construction allows users to keep both eyes open while they peer into the distance. That’s a key consideration. Yes, spotting scopes offer greater magnification, but because they have a single eyepiece, viewing through them requires users to squint, or to scrunch up their eyes. That’s tiring after only a few minutes, but users of high-mag binoculars can glass for hours with both their eyes glued to the eyecups without much fatigue.

The Swarovski also has very precise focus. In the field, that means that a user can feather the focus wheel to bring distant images into tack-sharp focus. When the target moves, the user can readily refocus without the frustrating “hunting-and-pecking” required of binoculars with indistinct focus.

In order to squeeze the best optical performance out of the Swaro, you need to stabilize it and mount it on a tripod. Swarovski enables this with SLC tripod adapter that features an integrated tripod plate, and for those who can still find them, Swaro’s tripod-mounted binocular bib, which features a rubberized bra that fits over the binocular’s tubes and anchors them to an aluminum foot that mounts to most tripods.

However you do it, by mounting the SLCs to a tripod, you can pan and drill into distant objects without having to worry about shaking or distortion introduced by the human hand. It’s really the only way to achieve the impressive optical horsepower of the SLC 15x56s.

What the Swarovski SLC Does Best

That description gets at the heart of the realization we talked about in the introduction. Every serious hunter (at least western hunter) at some point realizes they need the Swarovski SLC binoculars in 15×56. It allows users to spend hours behind the glass, picking apart entire mountainsides, or expanses of prairie, or defining details in a rare warbler. Its glass, which is ground precisely and coated with Swarovski’s proprietary coatings that are designed to boost contrast and color fidelity, is a big part of its attributes. You won’t see this quality of glass—or the image it delivers—in second-rate binoculars.

Both the power and the precise focus of the Swarovski SLC allows for much greater resolution of images than you would ever get with a 10x or a 12x or even a 15x from a company that has a lesser quality of glass or spongier controls.

What the Swarovski SLC Does Worst

The Swarovski is a beast of a hunting binocular. It’s more than a handful, which means that unless you find a way to stabilize it, either on a tripod or on a similarly robust base, then it jumps around in your hands. This limits its utility. If I’m spending nearly $2,000 for a binocular, I want to ensure that it has wide versatility, but the SLC is fairly limited in the situations when it can be used to its fullest.

Also, while the focus wheel is precise and allows users to get sharp images, it turns just a bit too easily for my liking. I’d like to see a stiffer, more resolute focus wheel.

And lastly, the tripod adapter is disappointing. The threads are plastic, which means they won’t last long with heavy use, and the cover—which features Swarovski’s iconic flying silver falcon—can easily pop off and be lost.

How the Swarovski SLC Stacks Up Against Other Best Binoculars

Many, or even most, serious optics companies have a 15×56 model in their product lines. It’s become an expectation, partly because serious big-country hunters have come to demand this configuration for both-eyes spotting, but also because long-distance target shooters have recognized the value of spotting through a binocular, rather than a spotting scope.

But it’s hard to build a 15×56 for many optics companies. First, that 56mm objective lens is a big piece of glass, and if the optical prescription for the glass isn’t up to snuff, then the image will be fuzzy and distorted, especially at the edges. Then there’s the chassis that needs to be light and strong enough to support all the glass inside its dimensions. Companies that use polymer chassis, or flexible magnesium alloys, tend to introduce a bit of blur into their 15x binoculars. The reason Swarovski’s 15×56 is one of the best binoculars of its type is because its chassis is stiff and rigid, and manages to keep the optical components in a tight and precise line of sight.

Does the Swarovski SLC Accomplish Its Mission?

Once you accept that the Swarovski SLC 15×56 isn’t intended for casual observation, you’re most of the way toward accepting its talents. And those talents are prodigious. Its image is the brightest, sharpest, and most vibrant in its class, and its mechanical advantages include ergonomic eyecups and a hard-wearing armor that will protect it from years of abuse.

With that in mind, the Swaro is a key piece of kit for many—maybe even most—mountain hunters who want all the reach and resolution of a 56mm binocular without the heft and hassle of an 85mm spotter.

You might not use the Swarovski SLC 15×56 every day, but when you encounter those conditions—long glassing sessions at small and distant objects—when you need it, then there’s simply no other tool up to the job.