Trijicon Huron and Credo HX: Rugged and Reliable Scopes for Any Hunt

From whitetails to sheep, these new lines from Trijicon are tailored to meet a hunter’s needs. 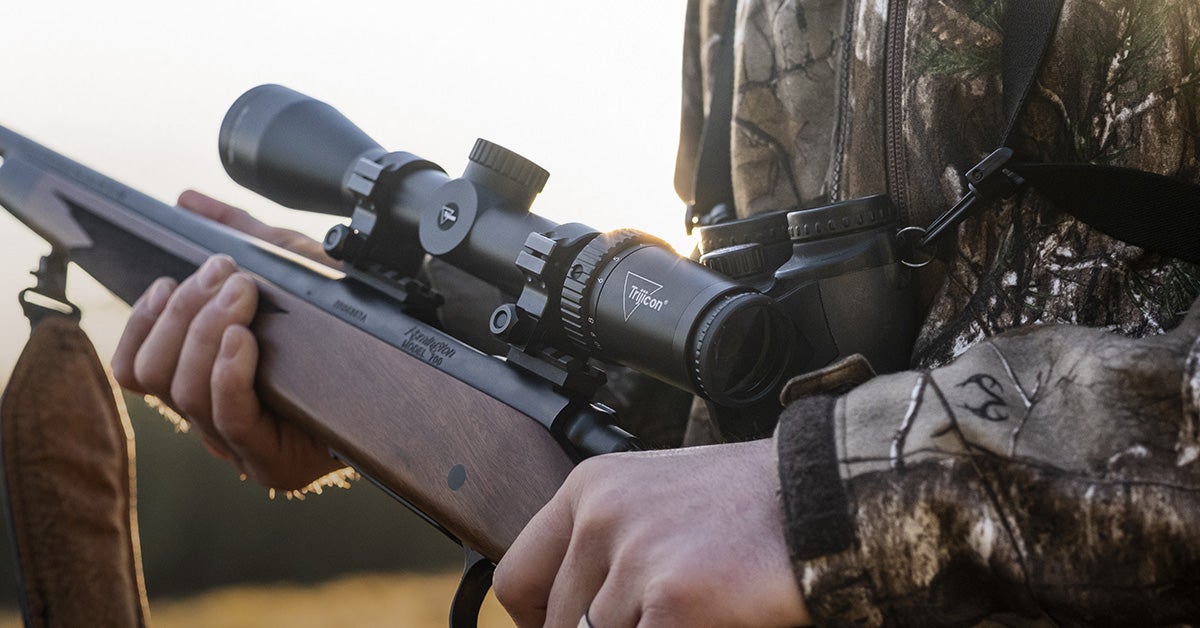 Trijicon has long been known for the precision and durability of their combat optics, but they also produce some fine riflescopes for hunters. They have several new hunting riflescope lines, for a variety of applications, that are designed to help you shoot accurately when it matters most. I had the chance to run two of these models through the paces, one from the Huron line, and one Credo HX.

Although they are intended for different applications, both models are designed and tested for ruggedness and reliability. Each model is tested for temperature resilience between -20F and 140F. They are subjected to drop, shock, and vibration tests. Each model must survive a 5,000-round torture test to confirm no shift in zero. Finally, they are also nitrogen-filled and immersion tested to ensure waterproofness and resistance to internal fogging. Both models share a similar feel, function, and ruggedness, but there are some important differences that really help them adapt to their intended application.

The Huron line is designed specifically with the whitetail hunter in mind. It’s a scope designed for simplicity, ruggedness, and covers the needs of whitetail hunters just about anywhere. It features a 30mm tube and wide field of view ranging from 9.1ft-36.3ft at 100 yards, depending on magnification setting. It’s low end of 3X magnification is perfect for target acquisition in dark timber or other thick country where shots will be close and quick. Having the option of bumping up to 12X magnification can really help you if you’re hunting more open country. Also featuring scratch-resistant lenses, and a smooth finish without lots of sharp angles, this scope is meant to be hauled through the woods without having to baby it.

You won’t find any external turrets on the Huron, but this model does feature a BDC Hunter Holds reticle that you can correlate to various distances of your specific cartridge and load data in case you need to take longer shots. Unlike some, it’s a pretty precise reticle, and not too busy. It has 3 elevation marks below zero, as well as two windage marks on the reticle itself. You will want to note that this is a Second-Focal-Plane scope, so you’ll only want to use your reticle for aiming on its highest power setting, where it’s calibrated. Sighting in with this scope is extremely easy, intuitive, and tool-free. Once you remove the protective caps over the windage and elevation adjustments, you’ll see that the small turrets are labeled in MOA, and feature a very precise and positive “click” when adjusted. Once the scope is zeroed, you can simply pull out on the cap and it will pop out, then you can freely spin it until the number “0” is aligned with the reference mark, and push it back in. With this system, you can always have a reference of where your zero is, and if you needed to, you could remove the cover cap and make elevation or windage adjustments in the field to shoot, but you would want to make sure you don’t pull the cap loose and lose your zero location.

Where the Huron is designed specifically to fit a whitetail hunter’s needs, the Credo is designed with those once-in-a-lifetime hunts in mind. It boasts the same ruggedness that the Huron and other models do, but this one features a much larger 56mm objective as well as an illuminated reticle. That, along with the 30mm tube provide both a great field of view, as well as fantastic low-light visibility, something that is invaluable when you have a bull moose coming in as the light is rapidly fading.

It has a satin black finish, smooth, rounded angles, and a very simple, functional feel to it. The diopter and magnification adjustments are very smooth, and this model comes with a magnification throw lever that can be repositioned or removed to best suit your setup. It’s textured and just about the right height to be easy and intuitive to operate, but it doesn’t tend to catch on everything it brushes up against either. This scope also features relatively low-profile protective caps over the windage and elevation adjustment caps, and these are also a very simple and intuitive adjustment. Like the Huron, you can pop the cap loose, then rotate it back to zero once you have the rifle sighted in, and could be used to make adjustments in the field if necessary. The adjustments are very crisp and unmistakable, and the scope seems to track away from and back to zero very consistently.

In addition to the large objective, the illuminated reticle provides some great low-light functionality. This model features a standard duplex reticle, and the entire center portion of the crosshair illuminates. Unlike some other illuminated scopes, this is a soft, LED-powered, green illumination, and doesn’t wash out the whole sight picture. The reticle is powered by a single included CR2032 battery that is housed in the brightness control on the side of the scope opposite the windage adjustment. One practical feature of the illumination control is that the brightness is adjusted by turning the knob to one of the 10 power settings, but between each setting is an “Off” setting, so you can simply move the dial one click from the setting you want when you turn it on, rather than having to twist through several settings to get it where you want each time.