How to Set a World Clay-Shooting Record

David Miller broke 3,653 clays in one hour. Here’s how he did it 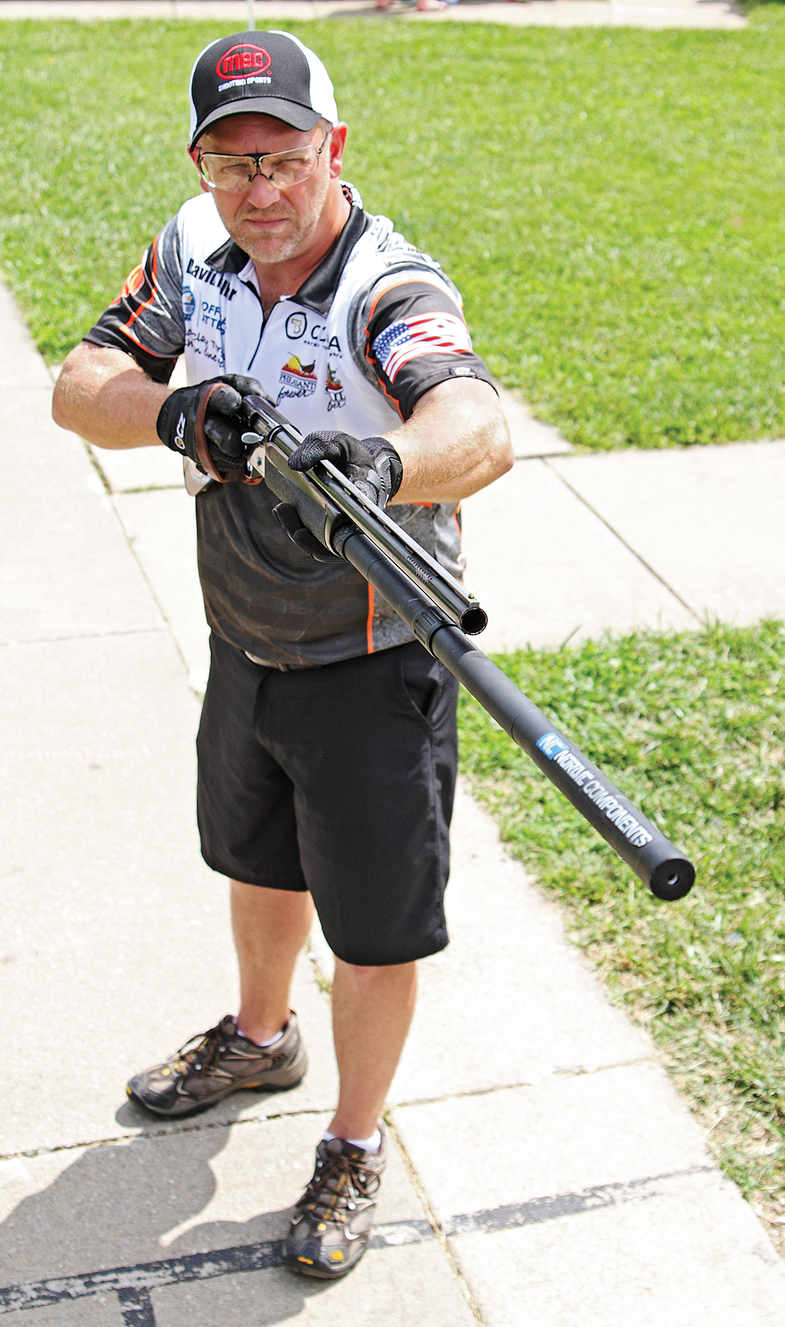 I shoot shotguns and you shoot shotguns, but none of us shoots shotguns like David Miller. Miller is a master-class sporting clays competitor from Grain Valley, Missouri, and the shotgun product manager and exhibition shooter for CZ-USA. He is absolutely rabid about shotguns and shooting. If Miller were a bird dog, you’d want one of his pups.

A little over one year ago, Miller was watching TV with his girlfriend, Kelley Lindley, and her son, Will, and daughter, Sydney. It was a program about people trying to set new world records. Will told Miller that he should attempt some world record with a shotgun. Miller came up with the idea to break more clays in the span of an hour than anyone had previously done. Soon, he was involved in a laborious process working with Guinness World Records and the National Sporting Clays Association to construct an event that took place last May. 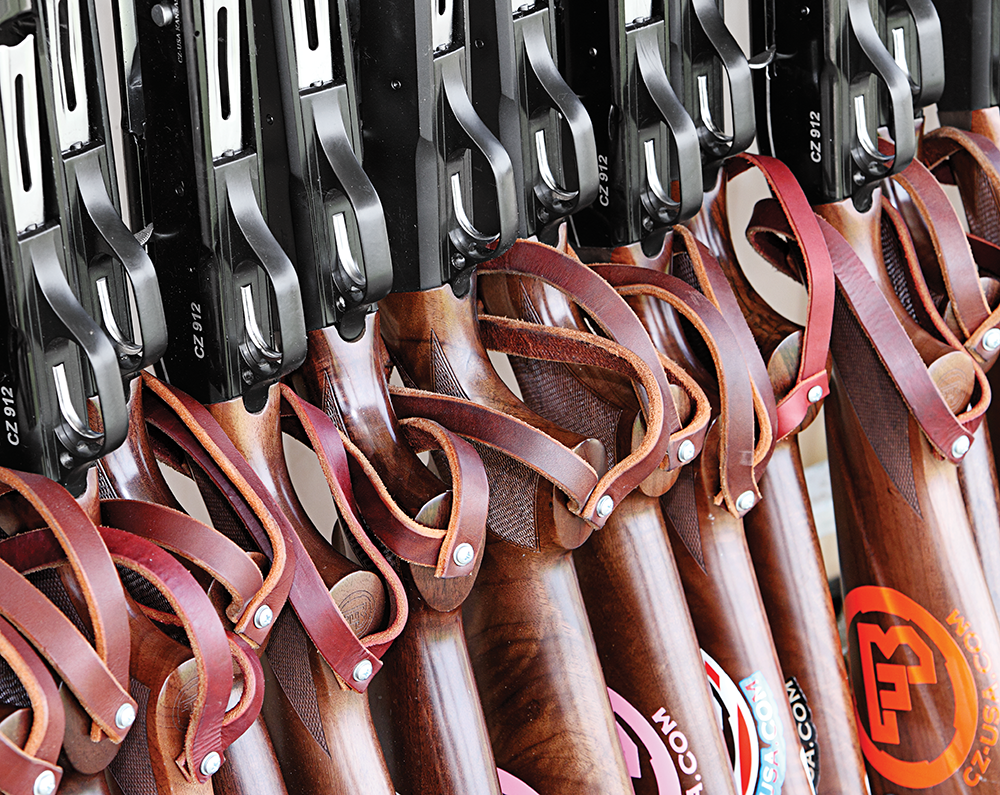 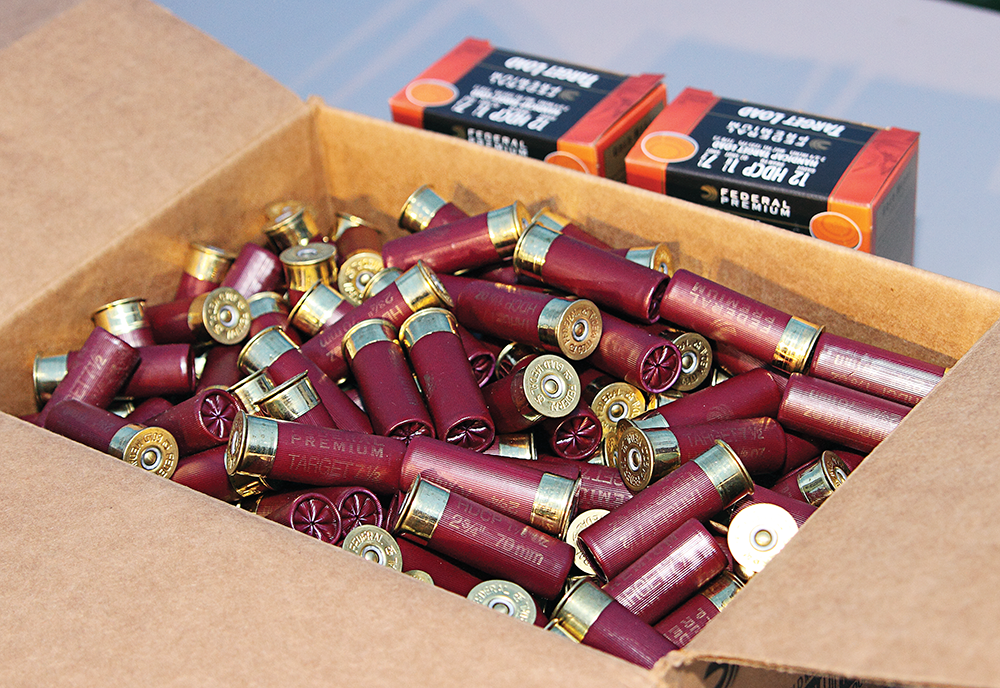 AMMO: Miller had 5,000 rounds of Federal’s Gold Medal Handicap Trap, a 2 ¾-inch shell with 1 ¹⁄₈ ounces of shot. This is not a light load, especially if you are going to shoot more than 4,000 rounds in one evening. 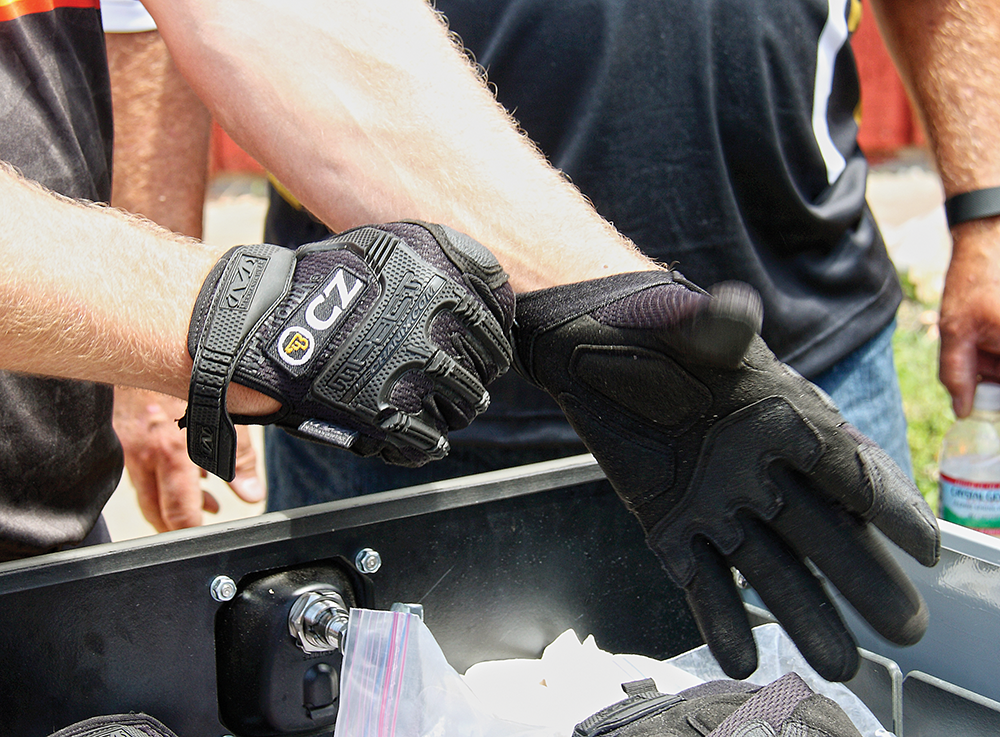 GLOVES: Miller wore padded shooting gloves because his hands and fingers had taken a beating during practice sessions. His fingers were wrapped in tape prior to putting on the gloves. 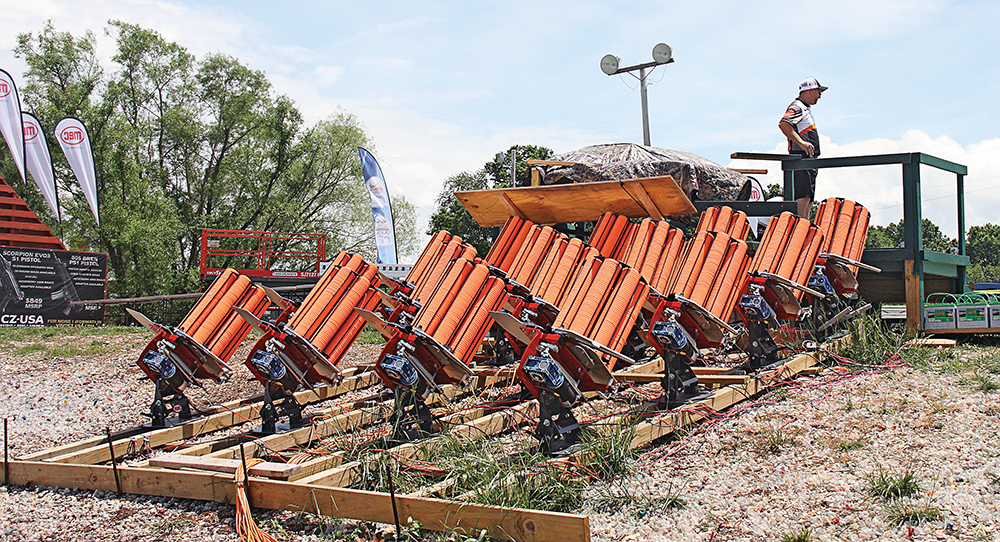 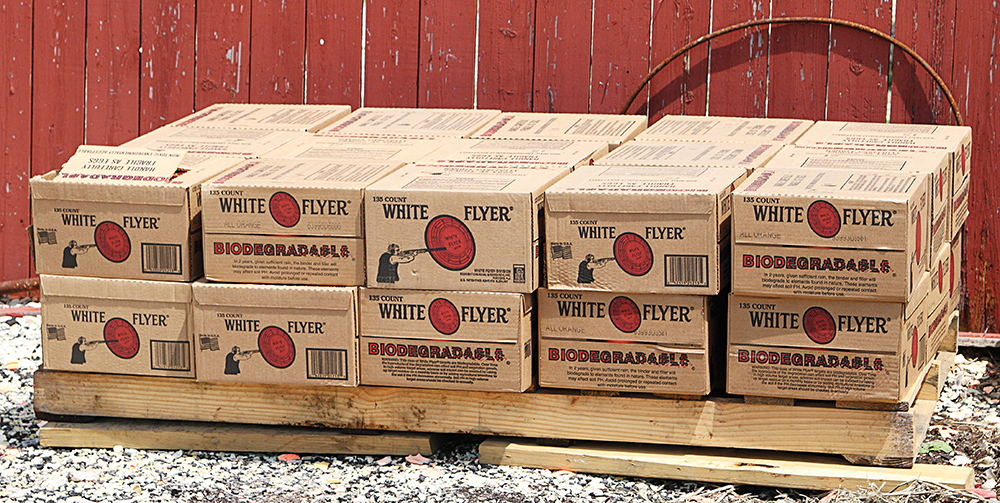 TARGETS: There were 6,400 White Flyer Standard Trap and Skeet Targets at the event. They were 108 mm in diameter and orange on both sides. 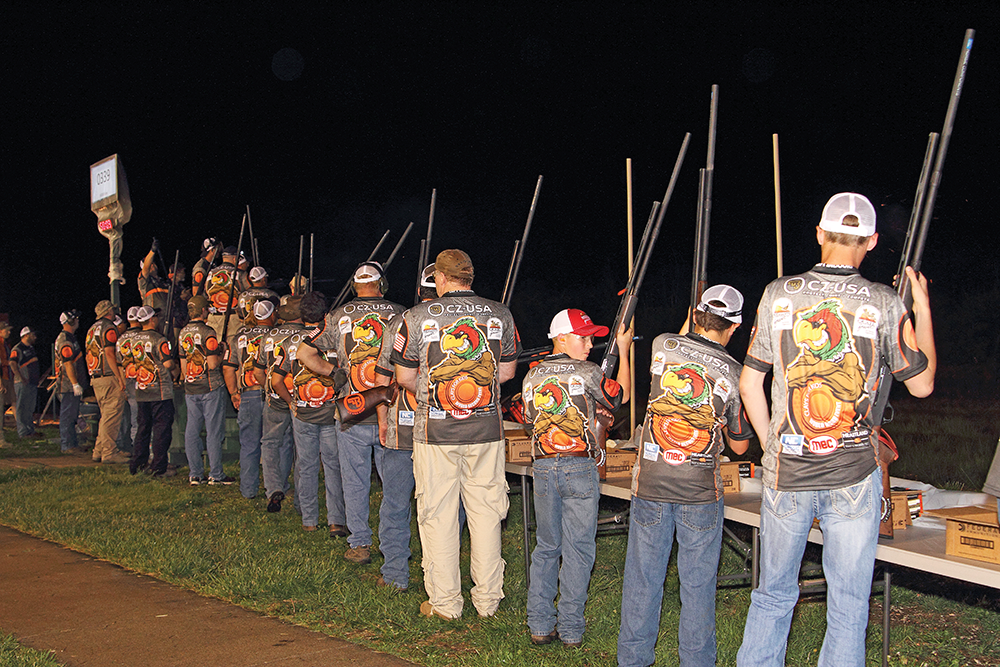 GUN BEARERS: Miller had 30 helpers that did nothing but load and carry the shotguns to and from the platform that he shot from. This became a rotating line during the hour of shooting, with the assistants carrying shotguns with magazines longer than the barrels.

THE SETUP
Miller shot four practice sessions before the event. As you might imagine, several kinks had to be worked out. The target throwers and the rate at which they launched the clays were a major concern. Too fast and Dave could not focus on the target he was shooting, too slow and there would not be enough time to get all of them broken in one hour. The speed had to be just right. The rate of fire during the attempt was around one shot every three-fifths of a second, so a target was being thrown about every half second.

Once the target machines started throwing clays, they ran continuously. Miller would shoot a shotgun empty and drop it on a padded surface and then reach to his right, pick up a loaded one and start over. Sixteen rounds, drop, pick up, start firing, boom, boom, boom.

The one time I ventured onto the platform next to where Miller was shooting, the scene was somewhat bizarre. Smoke and empties filled the air; Miller had a determined but agonized look on his face, like a guy that had been running in a marathon too long. The shotgun seemed to be firing at a ridiculous speed, but the clays were dissolving one by one. Empty, drop, pick up, boom, boom, boom.

Miller shot the event at night under lights. He felt the black background created more contrast and helped him see the targets better. During the shoot, thunder and lightning storms swirled around the Harrisonville-area Heartland Trap & Skeet gun range, creating a surreal atmosphere.

When the time was up and the horn blew, Miller had fired 4,402 shotgun shells and hit 3,653 clay targets in one hour. That’s an 83 percent hit ratio, something most of us would be happy with at our local skeet range on a Sunday afternoon. Miller set the new Guinness World Record for the most clay targets broken in one hour with a shotgun. I personally don’t expect it to be broken anytime soon, but if Miller gets reincarnated as a springer spaniel or an English pointer, you’d better get one of those pups.