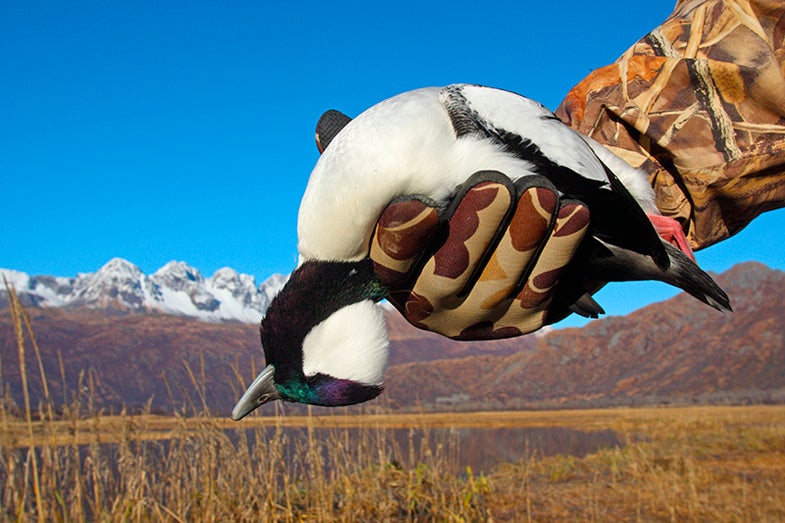 Kodiak Island, Alaska, is nearly 100 miles long and up to 50 miles wide, covering about 3,600 square miles. Most of its 15,000 people reside in the seaside community of Kodiak, where commercial fishing, tourism, and the largest Coast Guard station in the United States are the basis for its economy. The island is world famous for its unique population of Kodiak brown bears, a huge coastal species of grizzly that stand up to 10 feet tall and can weigh more than 1,500 pounds.

Because Kodiak has numerous ice-free bays, lagoons, tidal flats, and a rocky coastline rich in marine life, more than 100,000 diving and sea ducks spend the winters here. For species like black and surf scoter, Barrow’s goldeneye, harlequin, and long-tailed ducks (old squaw), Kodiak is an important wintering area. For others including king and Pacific eiders, it is their most southerly wintering location.

The waters off Kodiak host good concentrations of Pacific halibut, too. Anglers drifting a chunk of squid or herring in 50 to 150 feet of water have an excellent chance of landing a halibut ranging from 30 to more than 200 pounds. King salmon, lingcod, Pacific cod and rockfish also are available.

When to Go
Kodiak halibut fishing is available year round, with some of the best action from May through October. Many of the biggest fish are caught in the fall, while the summer months can produce fast action when smaller fish in the 20- to 60-pound range move to shallow water as ocean temperatures rise. 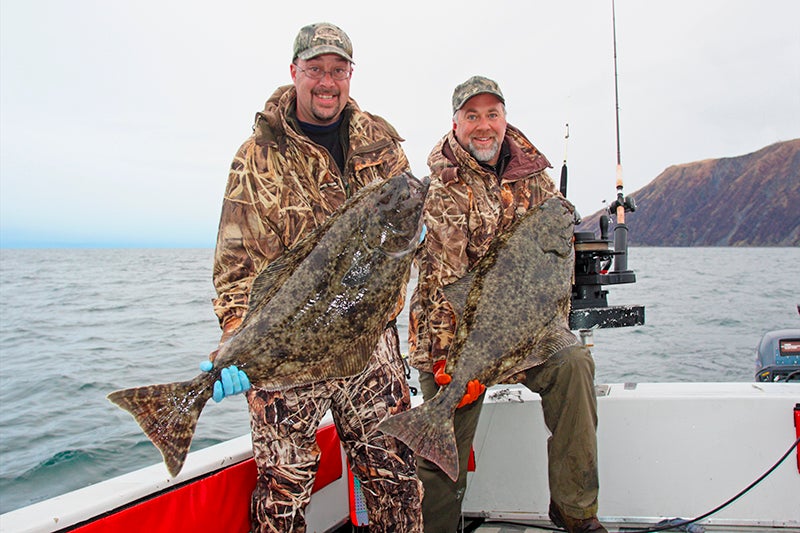 The 2014-15 duck season is October 8 to January 22. Puddle and diving duck limits are seven per day, 21 in possession; sea ducks are 10 per day, 20 in possession for residents and seven per day, 20 per season for nonresidents. A law implemented in 1999 restricts nonresidents to 20 sea ducks total for the season and can include no more than four eiders, four scoters, four long-tailed, and four harlequins. While good populations of diving and sea ducks are present by late October, if you want to target eiders wait until late December or January when pack ice forms in the Bering Sea and pushes the birds south.

A productive cast-and-blast trip can be arranged any time from late October to mid January; but , if your primary interest is sea duck hunting you should plan a trip for late November to January when the full complement of wintering ducks have arrived. While halibut will be available, they move into deeper water as water temperatures drop and fishing becomes more unpredictable than it is earlier in the season. If halibut fishing is your main interest, then plan your trip for late October to late November when there are ample sea ducks present (aside from the eiders) and the ocean conditions are generally better and halibut are still in shallower water. Halibut limits are two fish per day; one fish can be any size while the other must be 29 inches or smaller.

**Where to Hunt and Fish **
The waters off Kodiak have long been famous for producing both quality and quantity halibut, rockfish, and salmon fishing. Charter boats know all the hot spots and successful techniques. Well known fishing spots near the town of Kodiak include waters near Spruce Cape, Ugak Island, Cape Chiniak, Buoy 4, and Whale Pass. If you fish on your own, boat launch ramps are available in Kodiak Harbor and Anton Larsen Bay. Other productive areas further afield are Sitkalidak Straight near Old Harbor and the waters near Port Lions. The run to the fishing grounds can be anywhere from 15 minutes to 1.5 hours.

Where sea ducks are hunted in this everchanging environment is dependent on the time of year, duck concentrations, and ocean conditions. Sometimes its off the Coast Guard Station in Women’s Bay, off Woody or Long islands near Kodiak town, in the outlying villages near Old Harbor and Sitkalidak Island, in Anton Larsen Bay, or near Point Lions. Virtually anywhere you find a concentration of birds you can throw out a decoy rig, but be aware there are significant tidal variations (up to 10-plus feet) so hunt and fish with a buddy, make sure your boat and motor are up to the task, and take along the proper safety gear. These waters are unforgiving.

The bays and estuaries are open to fishing and hunting and launching a boat is easy. More people fish on their own than hunt on their own, but if you have the proper boat and gear you can make it a do-it-yourself cast-and-blast trip. Frankly, due to Kodiak’s location, most hunters and fishermen hire a guide who has the necessary gear and knows the area. They can be pricey, but they understand the safety issues and are almost always successful.

What to Bring
Because there is always the possibility of hooking a halibut over 200 pounds, a reel loaded with 50-pound monofilament is recommended. The most common terminal rig is a 100-pound-test leader with a dropper loop tied three feet above a one- or two-pound sinker. A 6/0 circle hook is attached to the dropper loop and the hook is garnished with a chunk of squid or fresh herring. Halibut are also caught by vertical jigging with two-ounce metal jigs.

Most sea duck hunting is from rocky shore lines. Driftwood blinds or the rocks themselves are used for concealment. Sea ducks are not particularly wary when it comes to blinds, so as long as you are dressed in camo and remain motionless they will decoy to within 20 yards. Some outfitters use layout boats. Anchored in the right location they are deadly, as the birds don’t see these low-profile craft until they are literally on top of them. Decoys are an important part of the equation; as few as a dozen harlequin decoys can do the trick for that species while up to four-dozen fakes are typically employed for goldeneyes and scoters.

On Kodiak, weather patterns change almost daily and sometimes hourly. It can be cold or downright frigid. Due to Kodiak’s maritime climate, the weather is moderate by Alaska standards, but late in the season temperatures can drop well below freezing. Dress in layers and wear waders or waterproof boots and rain gear—even if it doesn’t rain the rain gear will ward off the cold salt spray that is part of virtually every boat ride.

Where to Stay and Eat, and What to See
There are a variety of accommodations and restaurants in Kodiak. If you book a guided trip, it typically includes lodge-style accommodations and meals, particularly if they are in the outlying villages.

In order to reach Kodiak you must connect through Anchorage. Additional flights are required to reach most outlying villages.

In Kodiak town, the Baranov Museum explores the island’s rich history, from Alutiiq culture and the Russian colonial period to the early American era, WWII, and the present day. Kodiak National Wildlife Refuge is home to a diverse array of wildlife with opportunities to view bears, birds, and marine mammals. 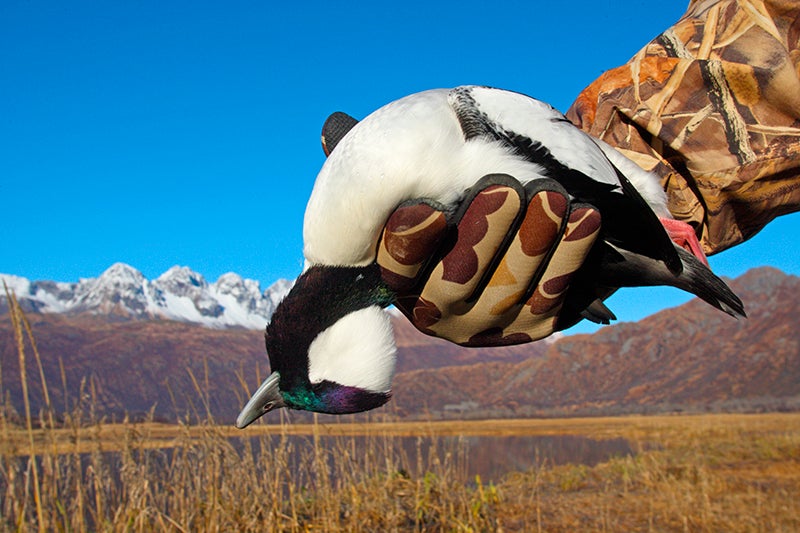