Granby, Colorado, isn’t a particularly notable mountain town. Don’t get me wrong, it’s a lovely place, but its history is... 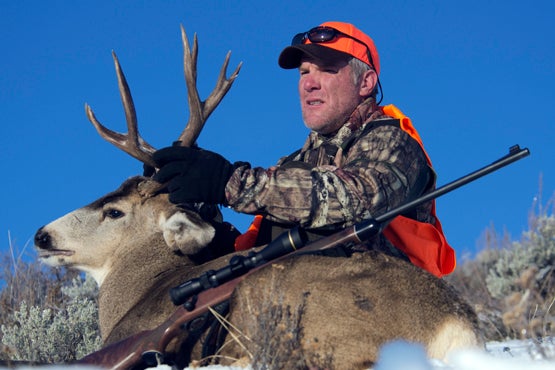 Granby, Colorado, isn’t a particularly notable mountain town. Don’t get me wrong, it’s a lovely place, but its history is textbook West. Like so many of the towns scattered throughout the Rockies, it was founded a little over 100 years ago along a railroad line–in this case, the Denver, Northwestern & Pacific Railway, as it was known then. Families homesteaded in the area to ranch cattle and grow hay. Each year it gets about 12 inches of rain and 12 feet of snow.

Marvin Heemeyer briefly put Granby on the map back in 2004, but for reasons the local chamber of commerce would probably just as soon forget. Heemeyer was a welder who owned a muffler shop in town. He nursed a grudge against local officials over a zoning dispute and decided to take matters into his own hands.

He put his welding skills to work and armored up a 50-ton Komatsu D335A bulldozer, which he took for a joy ride through Granby, leveling the town hall, the public library, a bank, and some other buildings before killing himself. Absent Heemeyer’s nationally televised rampage, Granby would likely have continued in relative anonymity nestled in the heart of elk and mule deer country.

Granby also happens to be nearly 8,000 feet above sea level. And this fact was much more relevant to my hunting partner and me than the town’s early history.

From Whitetails to Mule Deer
The thin air was hampering our progress up the side of the mountain we were trying to climb, which wasn’t surprising given that my companion had just arrived from the northwoods of Wisconsin the day before. Even coming from my mountain town in Montana, I felt the elevation.

“Man, what happened to all the air?” Brett Favre asked as we plodded up the 30-degree incline through 6 inches of fresh snow.

I turned to look at him. “I thought you pro athletes were supposed to be in shape.”

“Hey, I only move fast when I’m being chased by someone who weighs 300 pounds, and that’s just for 5 yards at a time,” he said. We both laughed, caught our breath, and kept climbing. The journey to that mountainside started a year earlier, when some executives at Remington asked whether I’d be interested in going with Favre on his first hunt out West. Favre, a lifelong outdoorsman, had signed on as a spokesman for Remington some years ago, and now that he had retired from the NFL–for good this time–he’d be able to promote their firearms.

They wanted to use the opportunity to showcase the new 50th anniversary edition of the Model 700, so they arranged for Brett and me to meet at the C Lazy U ranch, north of Granby. Favre and I arrived in the middle of a snowstorm directly from other hunts. I had just shot a nice whitetail near Devils Tower in Wyoming that was now quartered and in coolers in the back of my truck. Favre had just come from deer camp in Wisconsin, an annual trip he makes with his brother-in-law and father-in-law, who were with us on the ranch. He had seen only two deer over the course of eight days on stand.

“I saw two bucks the first morning–they were pretty good but nothing huge–so I decided to let them walk,” Favre said. “The next day, nothing. And nothing the day after that, and the day after that. Eight days, and those were the only deer. If they walked by my stand now, I don’t think they’d get away.”

After dinner the group of us started swapping tales from hunt camps, and Favre’s brother-in-law, Josh Ladner, pointed to the faded T-shirt Brett was wearing and shook his head. “Do you realize that in every single picture of you with an animal for the last 12 years, you’ve been wearing that same shirt?” he said. “Can’t you afford a new one?” Favre rolled his eyes. Clearly, this wasn’t the first time he had heard this. “I love this shirt,” he said. “It’s a good shirt. I don’t need another one.”

Favre grew up in Kiln, Mississippi, in the middle of bayou gator country, and it was there he and his brothers learned to shoot.

“We had a single-shot .410, another single-shot 20-gauge, and a single-shot .22,” Favre said. “We’d mix it up–it didn’t really matter who carried what. If we shot a squirrel, we’d bring it home and our dad would make us clean it and we’d eat it. Typical country boys.” Sports became his main focus, though, and his interest in big game didn’t develop until he went to Green Bay and started playing for the Packers. Ladner, a diehard deer hunter, got Favre started.

“I had done some gun hunting after going to Wisconsin, and then my brother-in-law got me my first bow,” Favre said. “After that, my take on deer hunting totally changed. I’m not a trophy hunter, but I like the challenge. It comes down to how patient and how vigilant you can be if you want a five- or six-year-old deer. They don’t come easy. But it’s also the peace and solitude, and the chance to get away from everything. There’s nothing like it.”

Going West
Up here in the mountains, though, we were in mule deer country, and we had rifles, not bows, in our hands. Our Remingtons were chambered in 7mm Rem. Mag., the cartridge that launched with the Model 700 back in 1962.

At the range the day before, we checked our zeros. We were both shooting 150-grain Swift Sciroccos, which performed best among the loads we tried. The Sciroccos also happen to be the flattest-shooting of Remington’s factory offerings, which worked to our advantage the first day of the hunt.

Not long after setting out with our guide, Cody Arnold, we spotted a buck working its way through some aspens with a group of does. It was encouraging to see deer on the move, but its headgear was lacking so we kept moving and glassing, covering ground. The next batch we saw had a better buck, and I could tell by the look on Favre’s face that he liked the deer. He moved quickly, set up behind his rifle, and shot. The bullet hit with a whack that carried clearly through the crisp morning air, and the buck trotted a short ways and tipped over out of view on the bench it had been traversing. All we had to do was climb up and get it.

With the fresh snow, the solid hit, and the visual of the deer falling, I figured we’d cut a blood trail and recover the buck in no time. But as we climbed higher, we saw deer prints but not a drop of blood–and no deer.

It took 20 minutes to locate the buck. It was farther up the mountain than we’d thought and, oddly enough, we couldn’t find a speck of blood anywhere. Nothing in the snow and nothing on the deer; not an entrance wound nor any blood around the mouth and nose. It looked like it had fallen over and expired from the shock of seeing Brett Favre trying to kill it. “That was awesome. Just look at this country,” Favre said. The sun glinted through ice crystals suspended in the still air. Taking in the sweep of the mountains around us, I couldn’t disagree.

Blood or no blood, we were happy to have recovered the deer, and we whooped and exchanged backslaps before tobogganing the buck down the mountain, where we could get it loaded up and back to the skinning shed. It was there we discovered the entrance wound in the chest. The placement on Favre’s 350-yard shot had been dead-on and the lungs were jellied. The buck just didn’t bleed, showing how the terminal performance of bullets on game is like snowflakes–no two are alike.

The Vet’s Turn
My mule deer came two days later. We moved out of the mountains and into the flatter sage country on the outskirts of the ranch. After ambushing a number of deer, we spied a huge herd bedded down on the side of a hill. Two nice bucks were mock sparring with each other, while two larger deer, one of which had a particularly tall rack, were lying down in the sage, keeping an eye on the dozens of does surrounding them. We belly-crawled to the ridge opposite the deer, but that still put us at least 800 yards from their position. With more than 100 eyes scanning the barren country between us, those deer might as well have been on Mars. There was no way to close the gap, so we waited.

We caught a break when a pair of hunters started walking up on the flat behind the deer. I don’t know who those gentlemen were, but I’ll buy them a beer if we ever meet. After we’d been watching the pair poke along for what seemed like an hour, they crested the hill, and I couldn’t tell who was more surprised–the hunters or the deer. Muleys started pouring off the hill like an overturned bucket of marbles. They splintered into small groups, most of which were headed our way. The shocked hunters pointed this way and that but never got a shot off.

Cody and I sprinted to our right to get into position to ambush the big buck we had our eye on. A minute later we were panting hard as I set my rifle on my shooting sticks. As the buck trotted into view, it had the good grace to pause momentarily, right in my crosshairs. My bullet struck solidly, and it couldn’t have dropped any faster if it had been hit by a piano.

This wasn’t my first mule deer, but as I looked at the dried shreds of velvet on its tall, heavy rack–it had obviously lived its life in the sage and was never able to scrub its antlers clean–the rush was as strong as ever.

Afterward, Favre and I compared notes. “Any day in the woods or hunting is a good day to me, but that mule deer was special,” he said. “I had never seen one up close, and it was amazing to see the size of that animal. Not that Mississippi isn’t beautiful, but the country here just keeps going. It’s endless. This is as close to heaven as it gets.”