Here’s a story that, in my opinion, exemplifies why youth deer seasons are so great. Micalah Millard, 14, has taken... 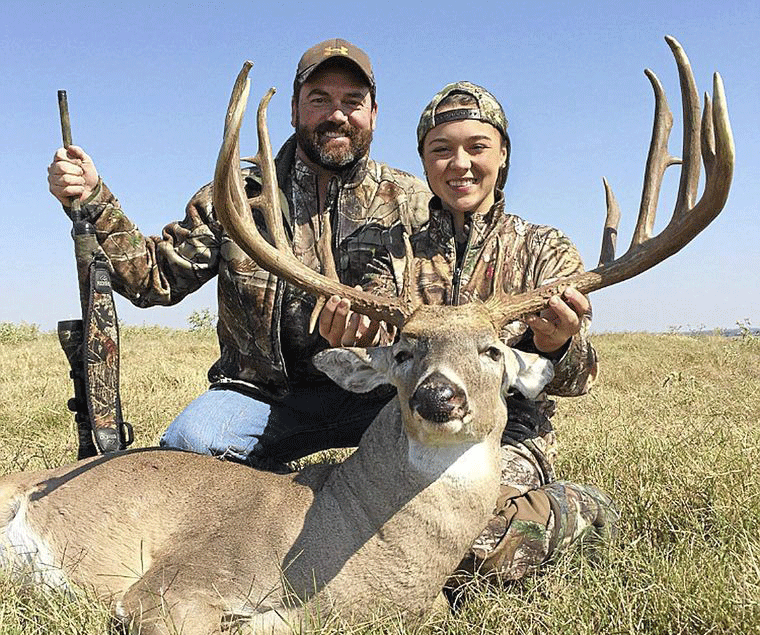 Here’s a story that, in my opinion, exemplifies why youth deer seasons are so great.

Micalah Millard, 14, has taken one of the top five bucks in Oklahoma history, according to TulsaWorld.com.

Micalah and her dad Malachi planned on hunting on their family ranch in McIntosh County during the state’s youth season. So, Malachi (her dad) put out a trail camera on a piece of the property that rarely gets hunted and when he checked the camera on Saturday morning, he’d captured a couple photos of a giant buck no one had seen before. But the buck had come in at 4 a.m.

Undeterred, the father/daughter team put up a stand in the area and then returned that afternoon to hunt it. Incredibly, the giant buck showed up a few hours later.

“My dad saw him first and I got my gun set,” Micalah told TulsaWorld.com. “He was a lot more excited than I was. He was kinda freakin’ out, kinda as close to yelling as you can get in a whisper.”

Based on the newspaper report, her dad totally freaked out.

“He kept whisper-yelling ‘shoot him, shoot him now’ and thankfully I didn’t listen because he told me to shoot him from the back,” Micalah said.

The 12-point buck has a 24-inch spread and grosses 193 5/8 and nets 187 ⅛ inches (both green scores), according to the paper. The state-record buck stands at 194 and Micalah’s deer will likely rank 4th all-time.

If you put the incredible numbers aside, you’ve still got a story about a young girl who killed the biggest buck on the family ranch while hunting with her dad. Without the youth season, that probably wouldn’t have happened.

Haters might argue that letting kids go out early to hunt the youth season somehow sets unreasonable expectations for future hunts. “Now this girl is spoiled forever”…“She’ll never kill a buck bigger than that.”

These folks, I suspect, have forgotten what it’s like to be a teenager. Life is all about right now. It’s about school, friends, and sports/band/theater club/ect. There’s a lot of peer pressure. There’s a lot of insecurity, even among the most self-confident.

Youth hunts provide the opportunity to go out on the weekend and have some success, to be the hero. The confidence (i.e.: swagger, if you’re under age 30) a kid gains from tagging a deer, regardless how big it is, is the real value of any youth hunt. And that can’t be measured in hunter retainment numbers or harvest trends.