Eighth Grader Arrows a 238-Inch Buck, Likely the Biggest Non-Typical Ever Killed by a Youth Hunter in Kentucky 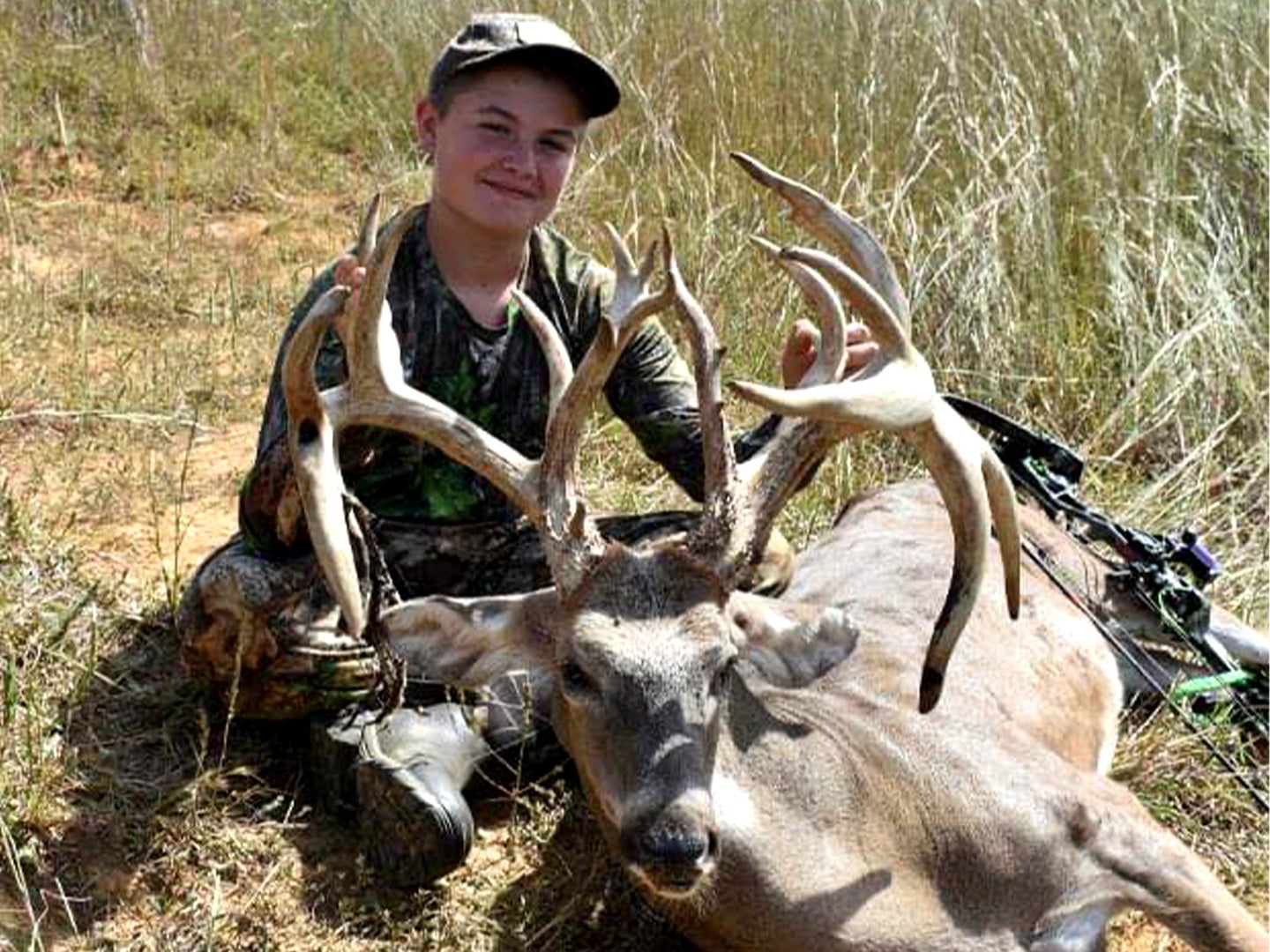 Eighth-grader Ian Meredith picked the perfect day to play hooky on Monday, Sept. 26. Meredith had his sights set on a giant whitetail he’d nicknamed “Tackle Box”, and he’d seen the buck on trail cameras frequenting his family’s 400-acre property in Kentucky. His mother, Beth, wasn’t so keen on the idea at first, but of all people, it was one of Ian’s teachers who encouraged him to hunt that day.

“He was coming into my stand just about every morning in daylight, and it was the first day that the wind was right,” Ian told Drury Outdoors, which published the full story last week. “So I just had to hunt.”

The faculty member who nudged Ian in the right direction is Adam French, an orchestra teacher at Grayson County Middle School. French had gotten to know the boy through his music class, but his role changed in 2020, when Ian and his brother Will lost their father to pancreatic cancer and French became a mentor for the two boys. He got them into the woods that fall and helped them set up a few trail cameras around the property. That’s when they first noticed a big mainframe 10-point coming around, according to Drury Outdoors.

The following year, in 2021, they caught the deer on camera again, but he was no longer just a 10-point. The buck had grown a mess of antlers, including more than a couple drop tines, and the rack now reminded Ian of a messy tackle box. The name stuck.

Ian ended up harvesting a different buck that fall. More than a few neighbors knew about the tackle box buck by that point, and one of them shot at the deer, but didn’t kill it. By the time deer season opened this year, several hunters were hoping they’d get their own shot at the trophy buck.

Read Next: Spear Hunter Kills Whitetail Buck from the Ground. Here’s How She Did It

Fast-forwarding to Monday, Sept. 26, Ian’s mom finally gave him the okay to miss classes that morning. But he hadn’t seen much by around 9:30 a.m., so he climbed down from his stand and planned on heading to school. Walking home, he saw a buck milling around the property and instantly recognized it as the tackle box buck. On foot and unsure of what to do next, he called French, who had just dismissed his second period class.

“I told him to take his boots off, take his time, and try a stalk,” French said.

Ian followed his mentor’s advice and crept barefoot, closing the distance between him and the buck over the next fifteen minutes or so. When he got to about 12 yards, Ian went to full draw and made a perfect double-lung shot. The deer dropped within a few short steps.

A certified Buckmasters scorer gave Ian’s buck an official score of 238 6/8 inches. With those numbers, Drury Outdoors reports that “Tackle Box” will likely go down as the biggest non-typical whitetail buck ever killed by a youth hunter in the Bluegrass State. Looking at the Boone & Crockett record book, the biggest non-typical to ever come out of Kentucky was a 274 5/8-inch buck that Jonathan Davenport picked up in 2019.