So you’ve saved some cash, gotten approval from your spouse to burn a few vacation days, and booked a hunt... 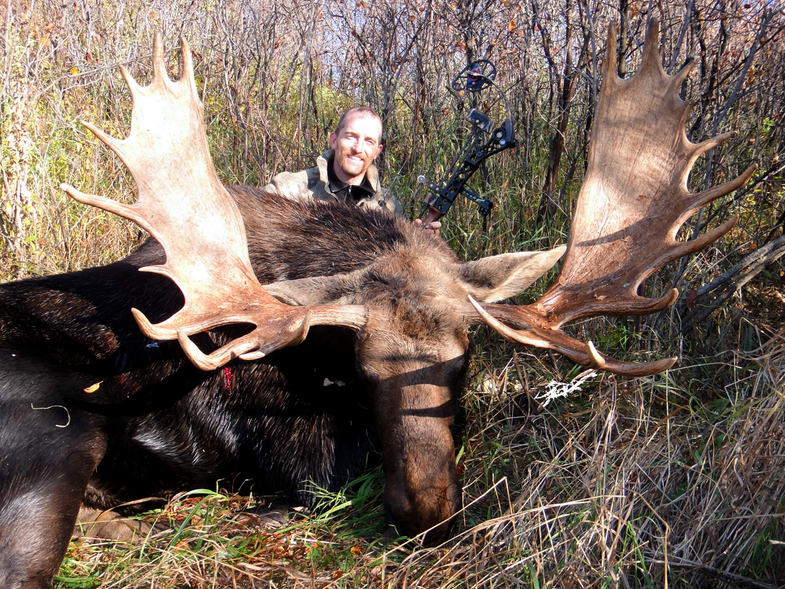 So you’ve saved some cash, gotten approval from your spouse to burn a few vacation days, and booked a hunt with an outfitter your buddies can’t stop talking about. All that’s left is to phone your taxidermist and pick out a place on the wall to hang your next jaw-dropping trophy, right?

Confidence in your hunting and shooting abilities is great; however, if you show up in hunt camp with the wrong mindset or attitude, your long-awaited hunt will likely be a disaster. That’s the advice from John Schaffer, a well-traveled bowhunter who owns Schaffer Performance Archery pro shop based in Burnsville, Minn. Schaffer, 46, is just seven animals away from completing the 29-animal North American Super Slam, and regularly fields questions from his pro shop customers on how to prepare for an outfitted hunt. Because the topic surfaces regularly, Schaffer is always ready to dole out his hard-won advice.

Here are Schaffer’s biggest pitfalls to avoid while on an outfitted hunt:

Pitfall #1: Believing (and make it abundantly clear to everyone in camp) that your outfitter exists solely to serve your every need

“I find that the expectation of a lot of hunters, maybe primarily because of the large sums of money that can be involved, is that an outfitter is there to make sure they not only have the greatest hunt in the history of hunting, but also to generally kiss a client’s [butt] at every opportunity. And I always tell people, if you are going to be a jerk things are going to be a little tougher on you. And it’s not just about being a jerk; a big part of this business is ego management. Hunters for the most part are the ‘Alpha-male’ types, the ‘Type A’ people who like to be in control. If you start out the hunt by giving opinions that are not asked for, or instantly questioning or complaining about locations or strategies the outfitter has suggested, outfitters pick up on that quickly.

“Back in the early ‘90s I worked at a black bear camp. I was running the camera on baited bear hunts, and being on the other side really gave me a sense for how much control an outfitter has over a specific hunt,” Schaffer said. “Most outfitters know which bears are on which baits, which baits are hot and which are ‘soft.’ If there was a guy who was a real jerk, he was put on a ‘soft’ bait. The hunters who were generally nice, complicit people always seemed to be sent to the best spots.”

Pitfall #2: Believing your personal hunting knowledge extends to terrain and game animals you’ve never seen nor hunted
“Back home you may be an excellent whitetail hunter, or maybe a great black bear hunter, but most people hire guides to experience different animals, and different terrain. And the strategies for hunting those different species and areas can also be wildly different. Take elk hunting for example. Very little of what I’ve learned about hunting whitetails applies to elk. Most everything is different. In the vast majority of cases you’re never going to know as much about hunting that particular animal as a guide, and if that is not the case, you likely shouldn’t be hiring a guide.”

Pitfall #3: Thinking if you haven’t experienced success at a hunt’s mid-way point, it’s now okay to question your guide’s every decision
“It’s called hunting for a reason,” Schaffer said. “My attitude has always been that the animals don’t care what day of the hunt it is. Plenty of times, I’ve been on hunts where there have been virtually no close encounters or even sightings, then on that last day everything falls into place. I tell people not to worry about how deep into the hunt you go without success—the animals don’t care. Things can change in an instant. No, it’s not easy to keep morale up on a difficult hunt. But you still have to stick with the program, and trust that the guide is going to put you in the best position possible.”

Pitfall #4: Considering an outfitter’s gear-recommendation list merely a “general guideline”
“On my first hunt in Alaska, the guide told me to bring hip boots, but I didn’t want to walk around in hip boots all week so I just brought my favorite, super-comfortable hunting boots,” Schaffer remembered. “I should have listened because that week was brutal; I had wet feet the entire trip. That was just me being young and dumb.

“On my first brown bear hunt, I showed up in Alaska and my outfitter/guide asked me what broadhead I was shooting; we hadn’t discussed this previously. I think it was 1996, and I had brought along Rocket Mini-Blasters: mechanical heads. When I pulled those things out he laid into me, and told me I couldn’t shoot a grizzly bear with those, and he wanted me to screw on some fixed-blade heads he had on hand. I tried to explain I had killed several black bears with the mechanicals, and that I couldn’t simply ‘swap out’ heads without shooting them, but at that point it didn’t really matter what I said, and so the hunt started on a rough note. That hunt stretched for 14 days and I never even saw a grizzly, and whether that was intentional or not, I’ll never know.

“Just because it’s amusing, the next year I was hunting grizzly bears in British Columbia, and again, the outfitter—a completely different operation—asked me about my broadheads. Proudly I showed him my shiny new fixed-blade heads, and he sort of frowned and told me the camp had been having great luck with…Rocket Mini-Blasters. I ended up shooting a bear on the first day and everything was great.

“For people who come into our shop and ask what broadhead they should use on their trip, we normally tell them when hunting big stuff like moose and bears, that fixed-blade heads are a good choice. More good advice would be to call your outfitter and find out what his feelings are on a particular model. By calling and asking, you’re eliminating that possible bone of contention when you’re first meeting each other.”

Pitfall #5: Believing outfitters in guide-required areas are less motivated to deliver client success
“In many areas nonresidents are required to have a guide to hunt, and I’ve gotten the idea from some hunters that guides and outfitters in these areas are somehow agents of the government. That’s simply not the case. Outfitters that operate on public land there are still private businesses, and with huge expenses. They must buy their hunting concessions, and for that they can spend millions of dollars. It doesn’t do them any good to have a client go home empty-handed; these outfitters are looking for repeat clients and word-of-mouth referrals, just like any private business. It’s truly in an outfitter’s best interest that you have a good hunt.”

Pitfall #6: Ensuring the lines between the client/guide relationship never blur
“Most guides appreciate it when you hunt with them as if you’re hunting with a good friend, and share the camp chores,” Schaffer advises. “When it comes time to eat, as a paying client, I could just sit down on the ground and wait for my meal, but if you help gather the water or firewood, or set up the tents, and load the packs for the morning hunt, guides really appreciate that. Or maybe you’re sitting on a hillside with your guide glassing for animals; a lot of hunters don’t even bring binoculars, or have any interest in glassing for game because that’s the ‘guide’s job.’ Why not be as involved in your hunt as you can? And if you’re successful and bag an animal, you could just make the guide haul it out, but a lot of guides aren’t going to appreciate that. When you’re truly working with your guide as a team, your odds for success can skyrocket.”