Your 3-Part Game Plan for Elk Bowhunting Success This Fall

Once you’re on the mountain and you hear the sweet and unmistakable bugle of a dominant herd bull, there’s a... 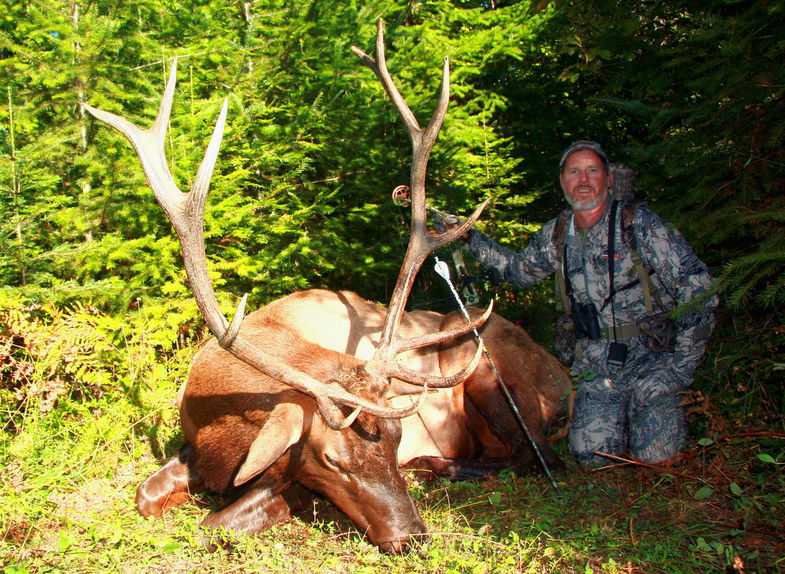 Once you’re on the mountain and you hear the sweet and unmistakable bugle of a dominant herd bull, there’s a good chance your long-awaited elk hunt is about to kick into overdrive. However, even though many critical decisions will be required in the next few minutes (and if you’re really lucky, hours), it’s the many things you did (or didn’t do) to prepare for this moment that will most heavily affect your chances for elk success.

Don’t believe me? Then take the advice of Pat Meitin, 51, who has been hunting elk since the age of 12, and began guiding elk hunters at the tender age of 18, a passion and profession he continued for the next 23 years. Meitin knows smart preparation helped many of his clients succeed, just as the lack of pre-hunt prep forced many to slink home heartbroken and empty handed, because in reality, they had virtually no chance of succeeding at what can be a very demanding game.

“I just see more and more people traveling from the East or wherever to hunt elk in the Rocky Mountains. A lot of these guys are starting to get pretty good at it, but a lot of people show up and are completely lost,” Meitin said. “Thorough preparation is very important to any hunt, but hunting out of state in vast elk country is a whole different ballgame.”

1. Cardio Conditioning
“As a former guide, one of biggest frustrations was clients who were not in very good shape. With elk country comes high altitudes and steep mountains, and things get physical quickly. You see a big bull across the canyon and you’ve got to be able to go after him right now. When an elk is moving you have to get after it, or he’s going to leave you in the dust. So the better shape you can get into, the better.

“I’m lucky enough to live in elk country in Idaho, and these days the best way I have found to get into shape for the season is just getting out and hiking around the mountains, checking trail cameras, or just hiking for the sake of hiking,” Meitin continued. “These days, for me, jogging is too hard on the body, but if you don’t have direct access to mountains, the best way to get into shape are things like mountain biking, and stair-climber machines where you can get your heart rate up without pounding your joints. The clients I had who were in really good shape seemed to swim a lot, and they used stair-climbers and stationary bikes quite a bit—all things you can do without pounding your joints.”

2. Long-Range Practice
“My second-biggest frustration as an elk guide were clients—mostly whitetail hunters—who could not shoot accurately beyond 30 yards. Two challenges for elk hunters is that the West is wide-open country, and you’re typically hunting on foot, not from a treestand, so you have to make good on the opportunities that you’re given. For me, proper bowhunting preparation for an elk hunt means I can hit a paper plate every time at 60 yards. That takes a lot of practice and dedication, and the way I do that is I spend most of the summer shooting from 80 to 100 yards, usually with a ‘mover-type’ sight. And then right before the season I switch over to 7-pin sight.

“My best bull scored 386 and was taken at 60 yards on the dot; at that time I lived in New Mexico and spent the entire summer shooting jackrabbits at 60 and 70 yards. But you have to be honest with yourself about your effective range. An elk’s vitals cover about a 14-inch circle, and so in my practice sessions I judge my effective range by using an 8-inch paper plate, to account for being jacked-up and excited during an actual shot opportunity. My rule to gauge maximum effective range is being able to hit that paper plate 5 out of 5 shots. Not 4 out of 5, but every time at a given range.

“If you find you’ve gotten to a ‘plateau’ at, say 40 yards, maybe you have to see an archery coach,” Meitin advised. “At that point, maybe it’s just something you have to fix in your form, that will help you shoot more accurately. Also, fine-tuning your equipment really becomes important when shooting at longer distances, I would urge anyone who has questions to seek professional. The bottom line is the farther you can shoot with consistent accuracy, the better chance you have of killing an elk.”

Meitin wants to be clear that his extreme-long-range practice sessions don’t necessarily equate to in-the-field opportunities.

“I certainly have no intention of shooting at a healthy elk at 70 or 80 yards, but if I happen to gut-shoot an elk or get a deflection or somehow make a bad shot, practicing at those longer ranges gives you options. The last 6×6 bull I shot in Idaho four years ago, I shot quartering away at 42 yards, and when I saw the hit the angle was more severe than I had thought. I didn’t feel like I had the penetration to kill the bull outright, and when he ran out to 85 yards I hit him again, piercing one lung. The second shot would not have been fatal, but the first shot produced no blood trail, and I was able to effectively track the bull using blood from the second shot. Without that second shot I would not have found that bull as quickly as I did.”

**3. Importance of Scouting **
Meitin believes scouting is another critical component of a successful elk hunt, even for Easterners who take up the challenge of a complete do-it-yourself hunt. Rather than make two separate trips out West, which is unrealistic for most, Meitin says it’s wise to sacrifice the first few days of a planned hunt to covering the maximum amount of ground and learning as much as possible about the local elk.

“Let’s say you have two weeks of vacation set aside for your elk hunt. I really believe most people would be more successful if they ‘wasted’ the first three or four days in the field simply scouting the area,” Meitin advises. “If nothing else, you’re learning the lay of the land, and that can be very important. Finding where the roads area, which ponds are holding water, which are not.

“You’re looking for fresh sign; I don’t take stock in any sign unless it’s very fresh; fresh moist droppings are easy to determine. You also need to be able to access good maps, and study them hard. If nothing else, if you get on a bugling bull, maps are going to get a good idea of how you can get out of a place a little faster. When I guided, during down times we were always studying maps. Look for the water, where the access roads are. All the online maps available now like those found in the ScoutLook Hunting app, are really handy. Effective scouting often comes down to pinpointing a lot of the obvious places to pass up. Places where there are a lot of cattle that are grazing and mowing down the grass, or finding areas where there is less grass than others. Elk are big animals and they need to drink a lot and eat a lot, two factors that can help you eliminate a lot of areas, and lead you to more productive spots.”