I love springtime in Alaska. The ice has broken up and flushed out of the rivers, and everything gets greener... 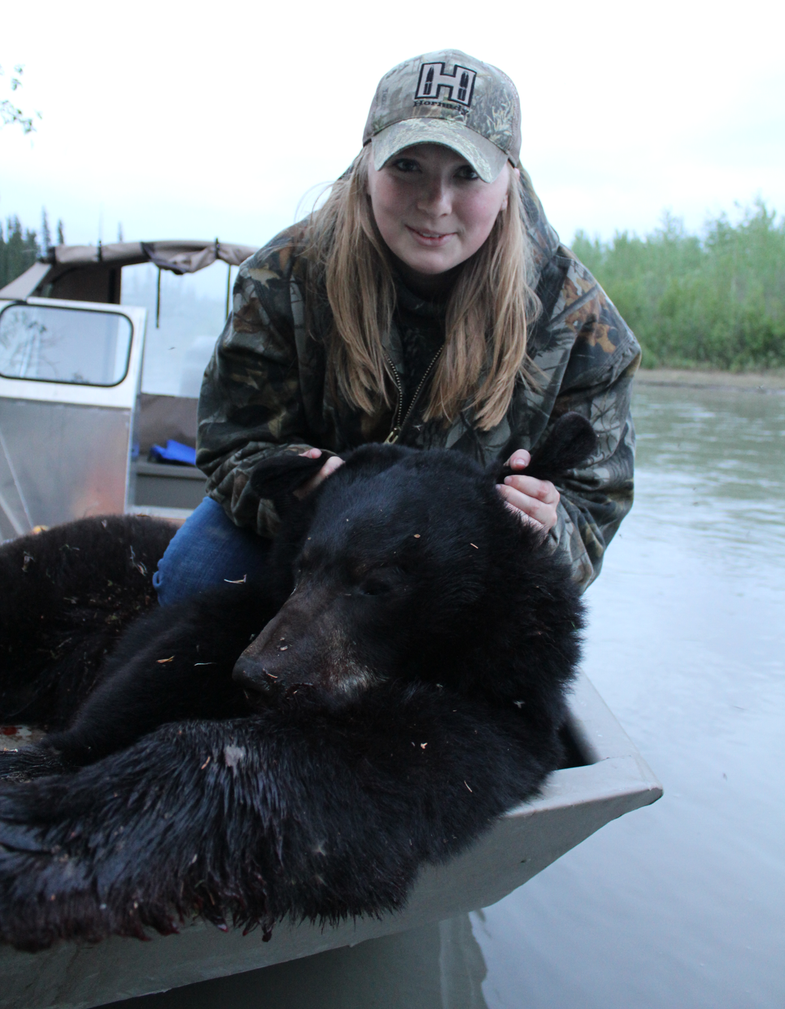 I love springtime in Alaska. The ice has broken up and flushed out of the rivers, and everything gets greener by the day. In the interior, spring also means bear baiting. Each year, hundreds of hunters take to the woods hoping to capitalize on the appetites of bears that recently came out of hibernation.

Many people turn up their noses at bear baiting, but most who do have never tried it themselves. It sounds slam-dunk easy, but most baiters finish the season empty-handed. Maybe they’re in a poor spot, or maybe they’re being hyper-selective. But most will make a few small mistakes that will cost them a chance at a big, mature boar. I’ve learned some of these pointers from experience, and some from better hunters than I am, but all have proven themselves to be true over the course of several seasons.

1. Using an Uninteresting Lure
In order to get a mature bear (or any bear, for that matter), they first have to find your bait site, and most hunters use a strong-smelling “call” scent to attract bears from a distance. Most of the scents you’ll see at your local sporting goods store are sweet, anise being the most common. Black bears do love their sweets, but in my experience a good stink bait makes all the difference. I like to use fish skins, guts, and heads, sealing them in a small bucket with some water in the sun for a couple weeks until they get good and putrid. Beaver carcasses (where legal) or just beaver castors that have been cut open work great. You want to hang your lure up high on a limb that the bears cannot get to easily.

2. Hunting Prematurely
I know a number of hunters who sit on their bait site before a bear has even found it. Unless there are an incredible number of bears in the area, you’re pretty much wasting your time. It usually takes a couple weeks for a single bear to find your bait, and when they first start coming in, bears are extremely cautious and reluctant to commit. If you are on the site during those cautious first approaches, you are more likely to spook the bear than you are to kill it.

3. Overhunting
The more time you spend at your bait site, the more your scent will permeate the area. This may not affect young bears much, but a big bear will often turn around as soon as he catches your scent. Ideally, you want to only visit a site to refresh your bait and check your trail camera. Wait to actually hunt it until you get a bear coming in that you know you want to target. After that, hunting any more than 2 or 3 days in a row seems to really kill the action.

4. Ignoring the Wind
The majority of bear baiters disregard the wind. This is a mistake. If you know the general direction that bears are coming from, and the wind is blowing that direction, you’re better off waiting until it’s forecasted to change. Especially in heavily hunted areas—I’ve never seen a big boar come into the bait when the wind direction was wrong. Some small bears don’t seem to pay much attention to this, but if you want a chance at a big bear, just wait it out until the wind is right.

5. Crowding the Bait
Most hunters get too close to their bait. I’d say the average distance from their bait to their stand is between 10 and 20 yards. That proximity gives a great opportunity for bowhunters, and allows you to see bears up close. However, in pressured areas, I would set up as far as you possibly can from the bait. You want to make sure you can still see and judge the bears accurately, but I set up about 100 yards from my bait, and that distance allows me to see bears that would never come in if I was right on top of the bait site. In pressured areas, bears will often make a big circle or hold up just out of sight, listening, smelling, and waiting for any sign of your presence. If they bust you, they just walk off. I’ve seen it happen, but it probably goes unseen way more often than I know. By setting up some distance from the bait, your peripheral perspective is much, much larger.

For me, the best thing about bear baiting is just getting outside after a long winter and sitting silently for hours, listening to all the sounds of the woods. Of course, I hope to have some bear action, but that is just a plus. If you’re thinking of giving it a try for yourself, I can’t say it will be easy, but if you avoid these pitfalls, your chances of seeing and killing a bear will improve.