How to Properly Direct a Bird Dog’s Keen Nose

After years of learning the hard way, I came up with the axiom, “Follow the hunter with the longest nose.”... 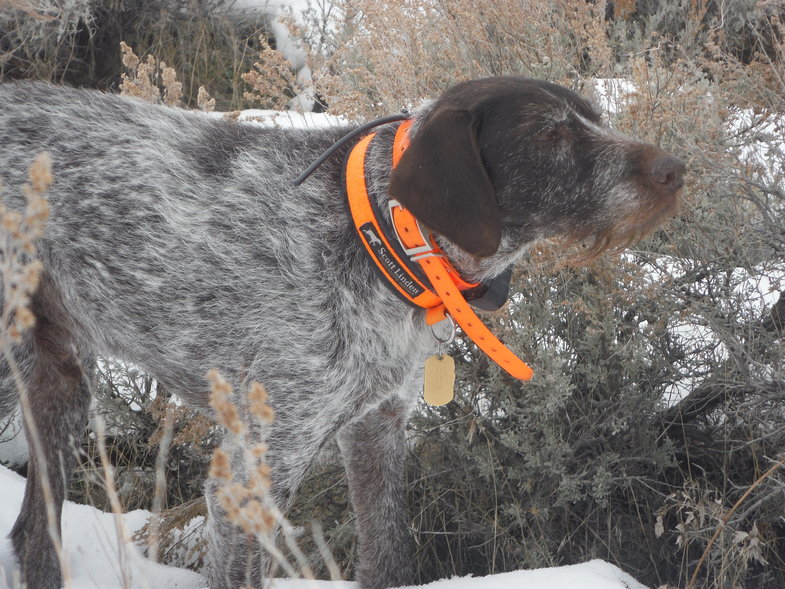 After years of learning the hard way, I came up with the axiom, “Follow the hunter with the longest nose.” That reminder of who’s really in charge in the field has served me well. Maybe it will help you, too, and not just when you’re in search of birds.

Dogs are smelling machines propelled by furry bodies. Their lives are ruled by their noses, and if we’re smart we will let that appendage dazzle us in the field. But there is a dark side to a critter ruled by his schnozzola and, like The Force, we must master it, then employ it for good.

Sure, those millions of scent receptors are primarily used to locate birds that are hunkered in the brush. But even when he’s not within a ringneck’s scent cone, his nose can serve you both. It pays to watch where it’s pointed when you’re unclipping his lead in the field, or after a retrieve, or on the breakaway at a field trial or hunt test. Most dogs also adhere to my axiom, and follow their nose. They will run along their line of sight, at least until something olfactory compels them to change direction. So wouldn’t it make sense to release him when his nostrils are aimed at your objective?

Watch a great retriever trainer send his dog for a blind retrieve. He’ll first get that dog sitting still at his heel. Then, he’ll put a hand over and in front of the dog’s head to give the dog something to focus on … right down the line toward the destination. The dog, without thought or effort, points his nose down the same line. Once sent, he is naturally going to follow the hand-nose-line-bird route unless there is an intriguing alternative. (This is why high-end tests and trials have “retired guns,” multiple shots, and “poison birds,” among other distractions. They are designed to test a dog’s commitment to a command.)

Observe a pointing dog field trial handler standing at the line, and you’ll see him angle his dog’s head slightly away from his bracemate’s. When the senior judge says “Let ‘em go,” the dogs streak away in slightly different directions.

There are benefits to this knowledge beyond the field. Got a dog that bolts through your gate? Heel him up to it, but facing away or at right angles to the gate. Even more useful, I’ve found that a young dog will often be steadier in the presence of live birds when he’s “pointing” from an oblique angle. Sure, their nose will eventually zero in on the bird, but with their body at an angle they are less likely to bust it.

Watch your dog closely in training, testing, hunting, even obedience, and I’ll bet you can find other ways to use your dog’s nose besides … sniffing out wily ringnecks.