The Best Hunting Dogs for Retrieving, Pointing, Flushing or Scent 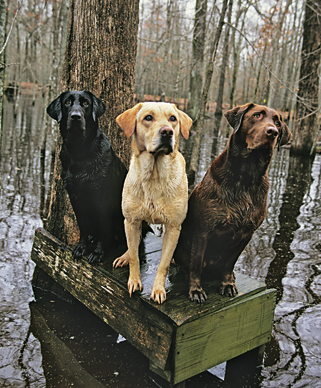 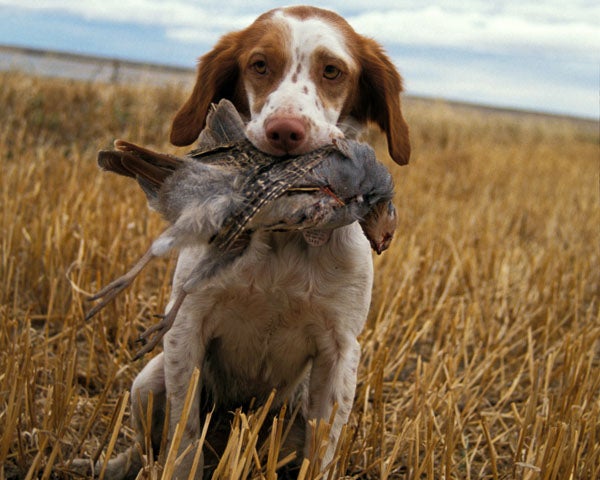 A Brittany spaniel after a successful hunt.

For as long as anyone can remember, man has always fared better in his pursuit of game when aided by a canine. But which breeds are best? Our choices for the best pointers, retrievers, flushing dogs and hounds follow, but with hundreds of different sporting breeds to choose from, you really can’t go wrong. 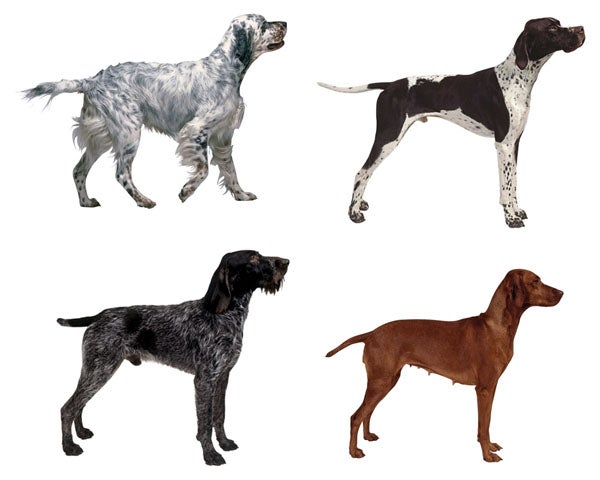 In the days when bird hunters and field trialers knew more about the dams and sires of their favorite dogs than they knew about their own ancestors, big-running English pointers with 12 o’clock tails seemed to be everyone’s favorite bird dog.

Thus, it’s almost sacrilegious to pick any candidate except that breed as the top pointing dog, but times have changed and so has the nature of bird hunting. Now, most of us are hunting small patches and field edges, grasslands, highlands and old farmsteads for chukar, ruffs, partridge and quail of various sorts. 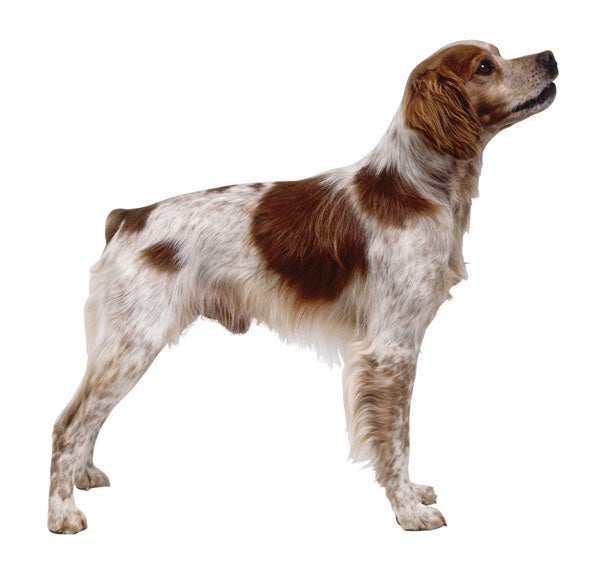 Brittanys have more dual championships (show and field trial) than any other sporting breed.

For this kind of work, we need a biddable dog that isn’t willful, has good manners around other dogs, is fairly carefree and seems to understand what gun range means.

We’ll go with the Brittany. Known as the Brittany spaniel when the American Kennel Club first acknowledged the breed in 1934, the “spaniel” was ultimately dropped when hunters began to realize that the Brittany could point birds at least as well as it could flush them. Brittanys have more dual championships (show and field trial) than any other sporting breed, which proves they’re as good as they look. 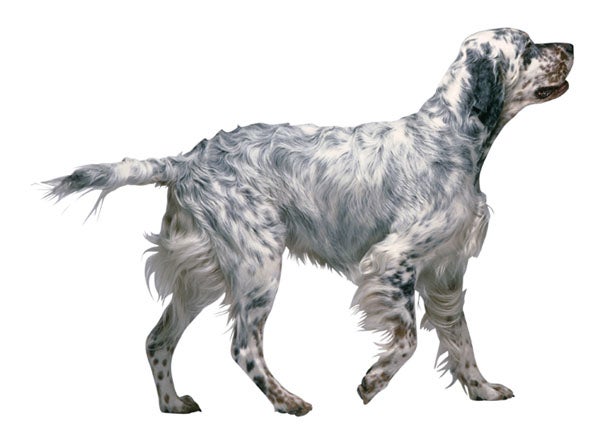 The gorgeous German shorthaired pointer is the most popular bird dog in the American Kennel Club’s registry.

In the category of field gun dogs, the Brittany is first among equals. The gorgeous German shorthaired pointer is the most popular bird dog in the American Kennel Club’s registry, and its wirehaired and longhaired brethren are abundantly capable hunters.

The English pointer, as mentioned, is perhaps the most celebrated pointing breed. Still, we can’t help but recall “The Road to Tinkhamtown,” and Cider’s white plume of a tail in the distance. We’ll go with Corey Ford’s judgment here and stick with the English setter as our runner-up to the Brittany. 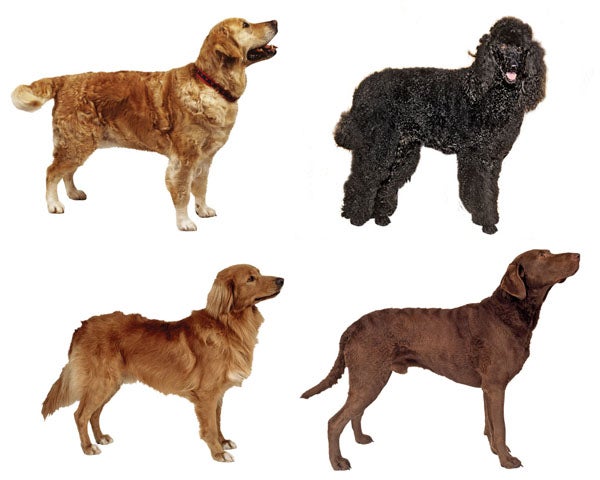 One crisp September afternoon in a north Florida peanut field, I hunted doves with a man who had trained his pit bull to retrieve. The dog sat patiently beside us, waiting to show off its skills, and sprang into action when I downed the first dove. At the owner’s behest, the pit bull galloped to the dead bird, scooped it up in its maw, turned back toward us, made a couple of crunching sounds and swallowed the dove whole. Tongue lolling, it then bounded back to us, obviously pleased with the way things were progressing.

“He’ll settle down after he eats one or two,” said the proud owner. And, sure enough, he did. 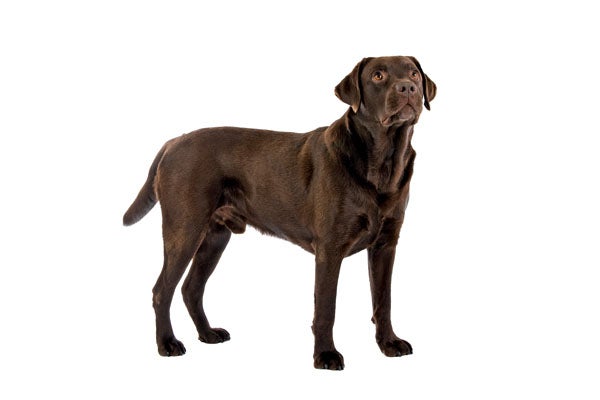 This working-class breed is just as efficient in pheasant country as it is in flooded timber.

Most dogs, be they squirrel feists, rabbit beagles or pit bulls with large appetites, can be trained to retrieve game. But it’s those whose bloodlines have been finely honed over centuries that excel. For finding and bringing back waterfowl and the larger game birds, the Labrador retriever has no equal. It’s weatherproof, waterproof and tenacious–the epitome of a hunter.

This working-class breed is just as efficient in pheasant country as it is in flooded timber. Labs seem to understand there’s no such thing as a free ride, and one will hunt as if it’s afraid it’s going to get kicked off the team. Fat chance—it’s an all-American. 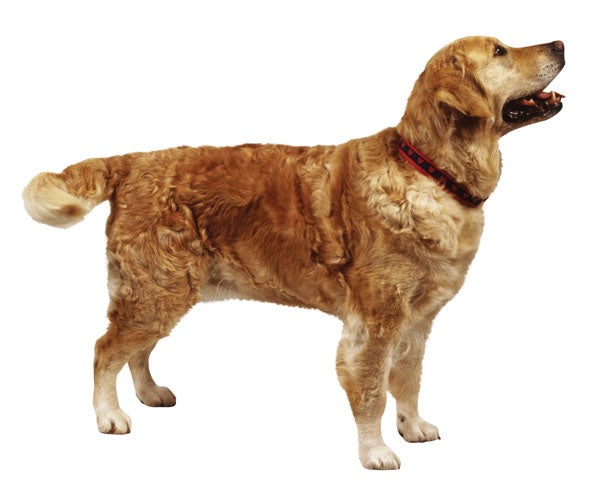 This breed is as popular in the field as it is in the family home.

The golden retriever has remained a favorite both for its happy-go-lucky personality and its dependability. It’s the kind of dog that’s going to look good in the backseat of the family sedan, or patiently waiting beside a goose pit. 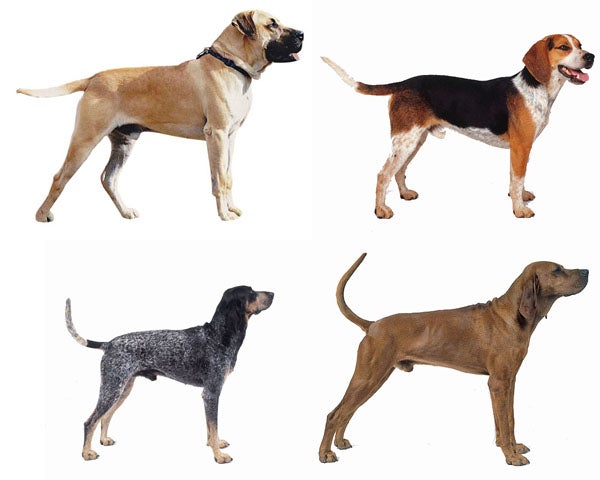 Let’s face it: Packs of big hounds are so yesterday. Coonskin caps are never coming back into style, and watching Dancing With the Stars on an otherwise boring weekday night is a lot less labor-intensive than keeping up with a pack of hounds in a dark woods.

Today’s night hunts and bench shows are echoes of a distant past. And unless you own a lot of land or are on good terms with your neighbors, chances are you’re going to have trouble keeping penned hounds, much less casting them. 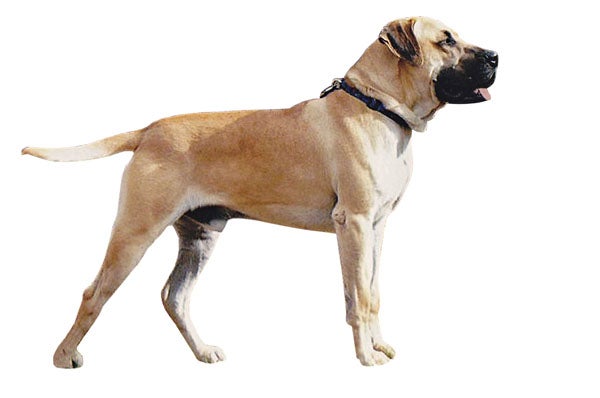 An opportunistic hunter that comes in a compact package.

What we need nowadays is an opportunistic hunter that comes in a compact package, doesn’t need a kennel, has a good nose and can serve double- or triple-duty for a variety of small game, and even critters the size of feral hogs. That’s the blackmouth cur. Descended from the hearty stock of canines from the southern Appalachians that served the first Scots-Irish settlers, the blackmouth cur is an able and utilitarian hunter.

You can chase coons all night and squirrels all morning with this pooch, and it will still have enough go to jump a rabbit or two for you on the way home. 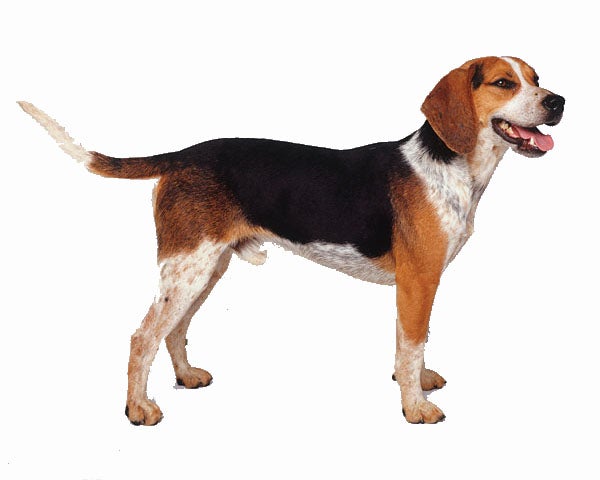 Beagles are another option if rabbits are all you’re likely to hunt. And the various breeds of mountain curs and feists make great small-game hunters and treeing hounds. 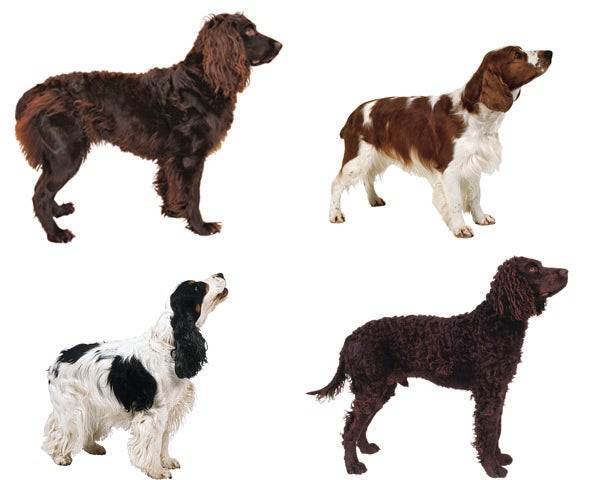 Any of the spaniel breeds have centuries of game-flushing history behind them—except for our choice for best flushing dog. 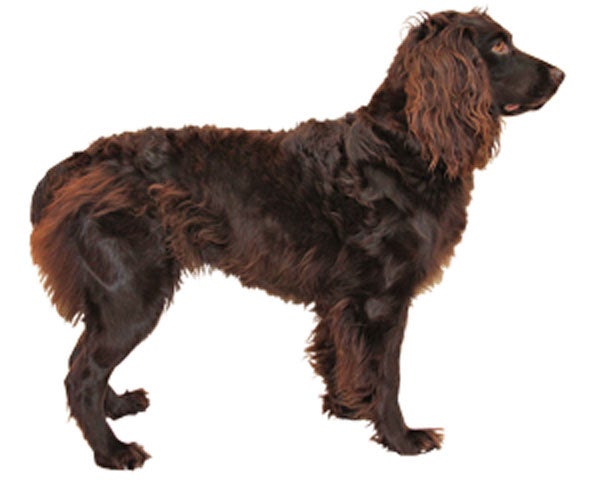 This breed can be traced back to a South Carolina hunter named L. Whitaker Boykin.

A South Carolina hunter named L. Whitaker Boykin was given a stray white spaniel in the first decade of the 20th century. He bred the dog and its offspring to American water spaniels, pointers, retrievers and springer spaniels, and a few generations later a separate breed was developed. Boykin gave his dogs a lot of hunting chores, including scattering flocks of wild turkeys in the fall. 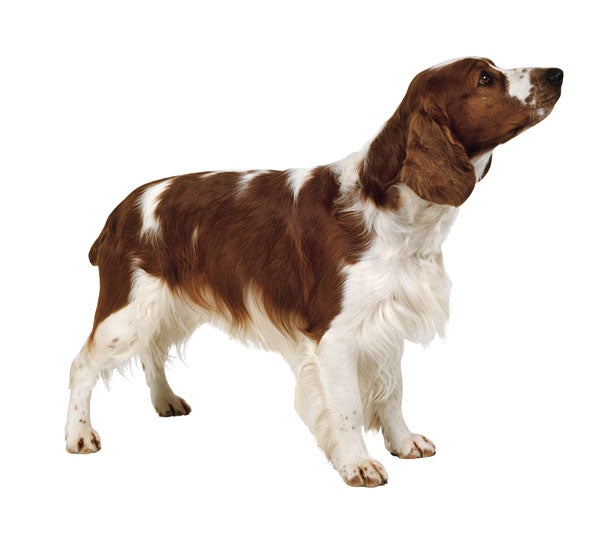 A good springer spaniel takes up quickly after a flock of pheasants.

A good springer spaniel doesn’t waste time looking for pheasants in places they’re not likely to be, nor does it put birds in the air out of gun range.

4 Up-and-Coming Hunting Dog Breeds You Should Know About

Every breed of working dog known to man was developed to fulfill a specific need, and hunting was a primary driver in the birth of many breeds. People continue to develop breeds to fulfill specific jobs, though, and some of these lesser-known dogs could aid you on your hunts. 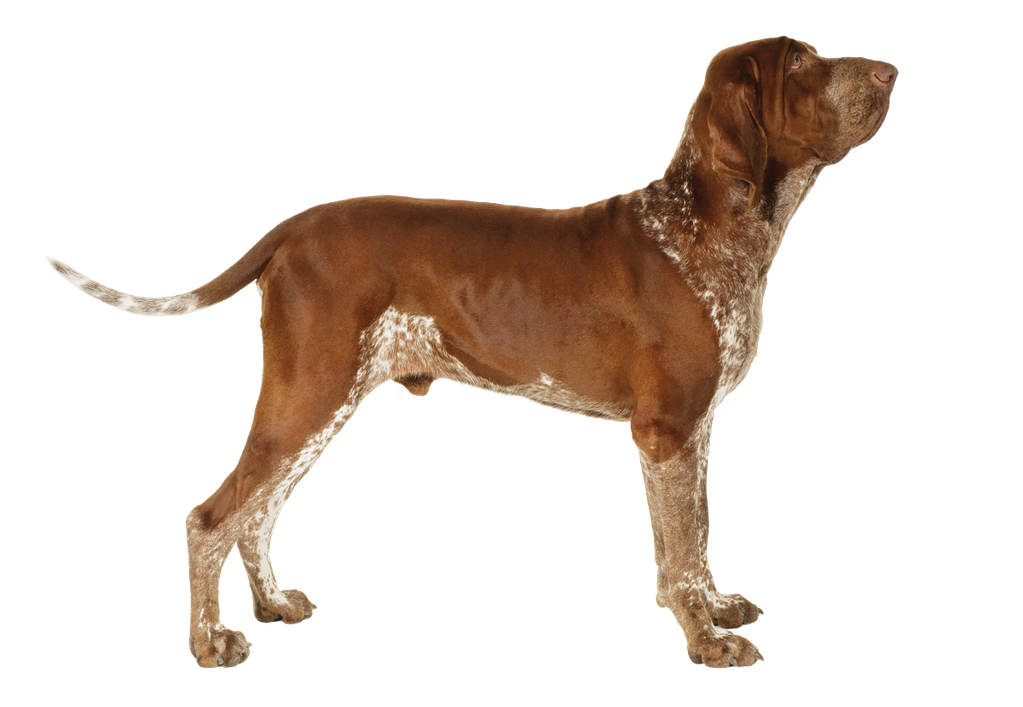 Braccos are popular gun dogs in Europe, and with recognition by the North American Versatile Hunting Dog Association and the United Kennel Club in the U.S., they are experiencing a rise in popularity here. Heavy-boned, with lanky legs and large feet, Braccos are pointing dogs that are also expected to retrieve to hand. Strong and energetic, they are slow to mature and can be stubborn.

Trainers should be patient and expect to take a couple of seasons to finish the dog (and that’s with ample training time during the off-season), and should rely more on positive behavior modification than force training. When finished, the Bracco’s superb nose, staunch point, and reliable delivery will make the time investment worthwhile. 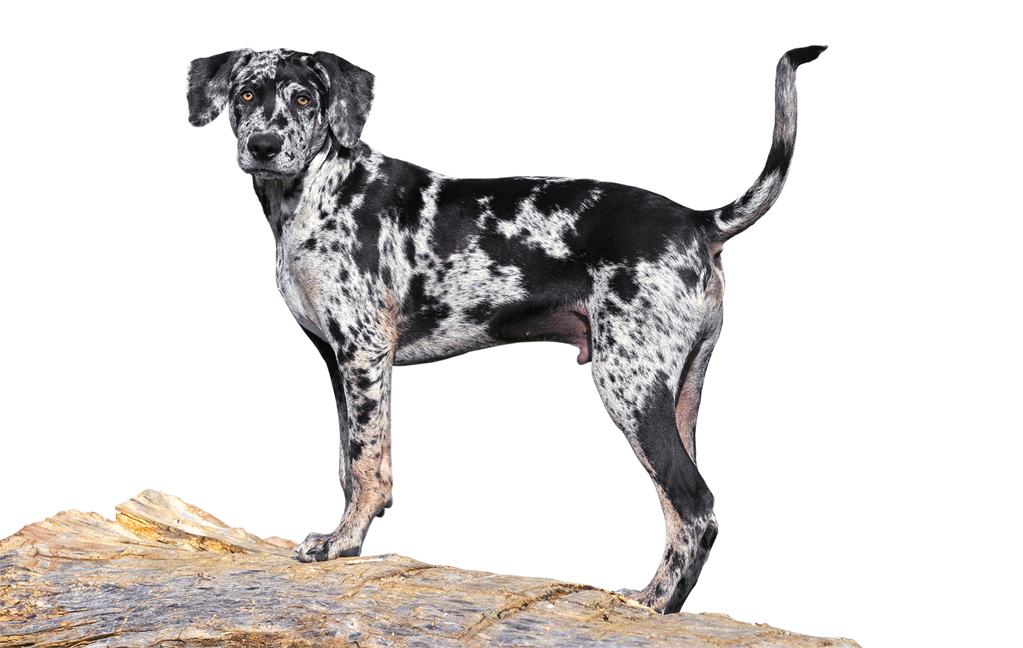 Not every breed descends from Europe—the Catahoula is as American as it gets. Not only is it the state dog of Louisiana, it was possibly bred by Native Americans when they crossed their dogs with those brought by Hernando De Soto. Catahoulas are big-game dogs that have made their name tracking and baying bayou hogs. They’re also used for bears, mountain lions, raccoons, and squirrels, and they excel at trailing wounded deer.

Dominant with other dogs and protective of their domain, they are family dogs, requiring daily interaction with their people, and they will earnestly protect the children in their family. 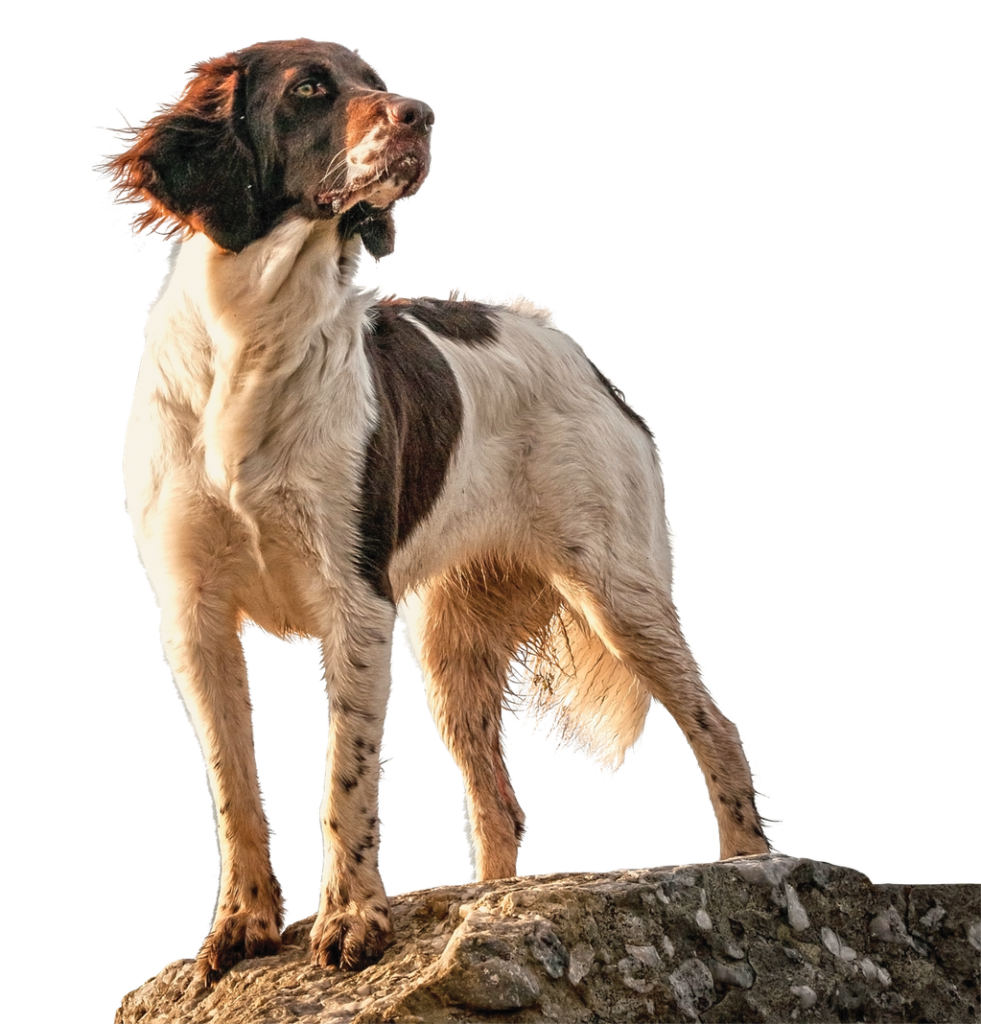 Drents are pointing dogs that work close to the gun.

Resembling a springer spaniel in build, coloring, and markings, Drents are pointing dogs that work close to the gun. They can handle varied terrain and prey, from high-desert chukar to thick-­timber grouse. They have a strong desire to retrieve and will hunt for downed game and deliver it to hand. Because of this, Drents can pull double duty as waterfowl dogs too. Their coats are dense, but not overly long.

In terms of temperment, Drents are known to be more relaxed in the home than many hunting breeds, are very loyal, and are excellent around kids. 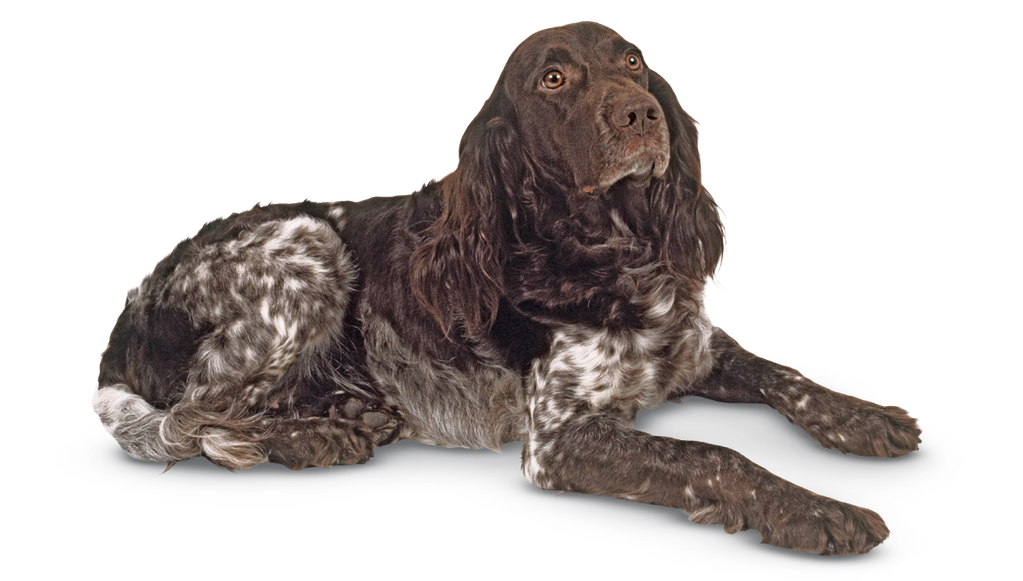 Even larger game, such as stag and boar, are potential targets for this all-purpose breed.

These dogs are solid—well boned and muscled. Similar in appearance and size to the Drent and related to the Small Münsterländer, the wachtelhund is a versatile dog that excels at flushing upland game, though it was bred to do it all: flush birds, retrieve waterfowl, and track furred animals such as rabbits and foxes. Even larger game, such as stag and boar, are potential targets for this all-purpose breed. In parts of Canada, they are used to track and flush black bears. Strict breeding criteria in Germany (only hunters are allowed to own them) have followed the wachtelhunds to the U.S.