FRANKENBASS: Love it or Hate It?

Yesterday, I called Larry Hodge, the information specialist at Texas’ Freshwater Fisheries Center, to check some facts on an article... 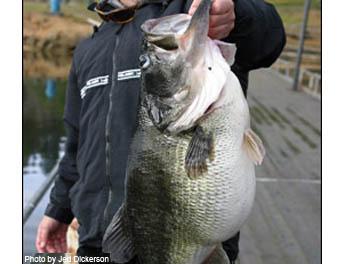 Yesterday, I called Larry Hodge, the information specialist at Texas’ Freshwater Fisheries Center, to check some facts on an article I’m editing. The story is about what various states are doing to manage for trophy largemouths. Texas is really pointing at the fence with its “Operation World Record” program, which literally is trying to bring home the bragging rights to the Lone Star State by line-breeding lunker, Florida-strain largemouths. Wouldn’t you know, it’s pre-spawn bass fishing season, and Larry and program director David Campbell were headed out to pick up a lunker from a conscientious Texas bass angler.

These guys are so proud of the program. You can hear the excitement in their voices. They’re literally pioneers in their field.

But as I talked to these pioneers, I realized that an old frontier is bygone. A few weeks back, a Georgia biologist told me that American shad populations have been seriously diminished in Georgia rivers. Without aggressive forage stocking programs, which Georgia is embarking on, it’s doubtful that another world record could come from that state.

Seems that we’ll probably never see another bass that’s purely a great feat of nature. Almost everywhere you can expect to catch a lunker is managed intensively. In one sense, I feel like that fact makes catching a big bass a little less spontaneous and surprising. On the other hand, there’s never been a better time to be a bass angler if you’re into catching trophy fish, whether they are the result of pioneer science or careful management. What do you think?