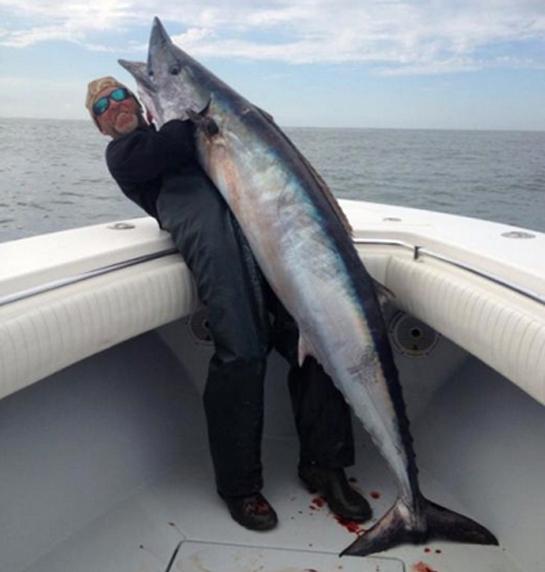 Artecona set out Sunday with Capt. Will Wall of Pelagic Charters, according to Louisiana Sportsman. They chose a spot near the mouth of the Southwest Pass where Artecona found the wahoo in 250 feet of water. He landed the big fish around noon after a 20 minute struggle. At one point, Artecona’s reel completely spooled and he had to trade up.

“There’s a point in time when you have to put the little stuff up and go to the bigger gear,” the captain told Louisiana Sportsman. “I learned that the hard way yesterday, but I’m quite pleased at the outcome.

Prime wahoo fishing began this month in Venice and will last through March, according to Wall. Wall’s charter reeled in nine other wahoo on the same day Artecona made his catch. Although the largest fish tipped the scales at 70 pounds, none compared to Artecona’s.

“That fish had the length to be something silly,” Wall told the website. The wahoo measured 79 inches long with a girth of 31.5 inches. “He was long enough and had the length to support a much, much larger frame, but he didn’t have anything in his belly.”

Despite an empty stomach the 116.2-pounder is poised to become the new No. 4 ranked wahoo in the state. Certification requires the usual biologist identification and paperwork for record keepers at the Louisiana Outdoor Writers Association.