Best Gun Dogs for an Apartment?

Through a series of circumstances I find myself once again living in an apartment. What years ago was no big... 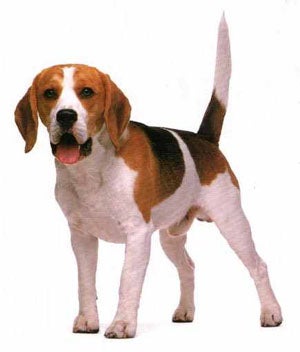 Through a series of circumstances I find myself once again living in an apartment. What years ago was no big deal, now seems like a study in minimization. While storage space is a premium, the real challenge is keeping two dogs that are used to their own yard and a large house in a small apartment. In one week I’ve already received a notice of complaint from management. It got me to thinking what the best breeds would be for those gun dog guys and gals living in an

apartment. Here are a few of my choices:

The notice (“in lieu of citation”) I received was taped to the door of my apartment. The poster was pretty quick because I was in the process of loading the car and heading to a buddy’s place for the night to chase some turkeys the next morning. Between loads to the Blazer a managerial representative taped it on the door and then had to, in my imagination anyway, run down the stairs. I’m not even sure the door was even closed.

Anyway, the notice was for barking and whining. Like a lot of dogs that have their own yard, Kona and Hoss in the past would whine, bark or scratch at the door to be let back in. Apparently, when I leave and lock them out on the balcony (figuring it’s nice spring weather that they should enjoy), the neighbors must endure the requests for admittance in my absence. I’ve bought a bark collar for Kona, figuring he’s the biggest offender. I’ll let you know how that goes later. The entire situation is probably exacerbated by the fact that I’m surrounded by cat lovers. Lots of felines in windows and 20-pound bags of kitty litter sitting in cars. Damn cat people.

But I digress. If I were to knowing buy a gun dog with the intention of living in the communal compound known as an apartment complex, I might consider the following breeds:

*Beagle: For rabbits these guys are the epitome. Great runners with a nose, prey drive and stamina. They’re little pocket rockets, however, so you wouldn’t be tripping all over them like I do with Kona, our Lab. They’re not spastic like a Jack Russell so can chill in a small space and turn it on in the field. The one thing you’d have to do, most likely, is buy a bark collar. Like most hounds, they have a voice and like to use it.

*English Cocker Spaniel:Don’t even bother with cocker spaniels from American lines. The show ring has pretty much ruined the breed; turning it into a brainless beauty with no prey drive. The English have maintained the hunt in the breed (and you can get dogs from English lines here in the US) and that drive combined with their diminutive size would make a perfect combination for the upland bird hunter that resided in a small living space.

*Springer Spaniel: Slightly larger than cockers, springers are great dual-purpose dogs that can tackle the upland fields or the waterfowl marshes. They don’t take up much room and for the guy that wants to play in both hunting venues while living in close proximity to others (and perhaps even cat lovers….), you’d be hard-pressed to beat it.

*Feists: Perhaps the perfect apartment dwellers based on size, the category of dogs known as feists are tenacious hunters and are well suited for the cramped conditions of a small place. A bark collar might be needed, however, and while small, they still need exercise or else they will drive you nuts and probably chew up everything you own when you leave for work.

*Brittany: Similar in build and size to cockers and springers, britts are top-notch gun dogs for the upland hunter. Small with stamina and loads of prey drive, they won’t stop in the field, can get decent range so you can cover ground and find birds and fit nicely in a cramped area.

There you have it Gun Doggers, a quick list of some hunting canines that can live in small apartment and still get it done in the hunting field. I know there are lots of others, so lets hear your candidates…or better yet, make me feel better and tell me some of your horror stories of living in an apartment with a gun dog!