It seems the Garmin purchase of Tri-Tronics has sent shockwaves not just through the dog-training world, but more mainstream media... 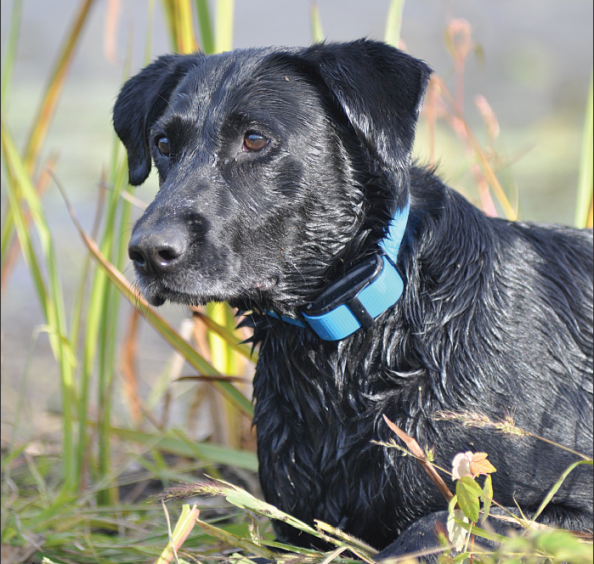 It seems the Garmin purchase of Tri-Tronics has sent shockwaves not just through the dog-training world, but more mainstream media outlets are asking questions, too. Jesus Diaz, a tech writer at Gizmodo, and Anna Jane Grossman, a graduate of the Karen Pryor Academy and a pet-level-trainer for New York City dwellers have turned their scorn upon e-collars – and in doing so have espoused their ignorance of the devices and the training surrounding them. It appears a lack of knowledge really is bliss.

In the Gizmodo blog, Diaz makes statements that undeniably prove his ignorance of e-collars, or shock collars as he refers to them. Here’s a taste:

“With positive reinforcement training, dogs can learn any behavior you can imagine…”

“I know that shocking collars are a bad idea no matter how they are applied.”

His only source is, Anna Jane Grossman, which he cites three times, including two links to her independent site. Both Grossman and Diaz prop up a scruffy black dog named Amos as proof of the effectiveness of positive-only training, which, of course, they believe somehow delegitimizes balanced training, including the proper use of e-collars. Here are some of Ms. Grossman’s statements:

“As a positive reinforcement dog trainer, I encourage behaviors I like by creating favorable consequences that will make my dog do what I want him to do. This works so well that it obliterates the need to utilize negative reinforcement or any kind of punishment.”

“If my dog isn’t understanding what I’m saying or what I want, I’d rather the consequence be that I give him a treat he didn’t deserve rather than give him a shock he’ll never forget.”

“Defenders of shock collars like to proclaim that the shocks are minimal and don’t cause the animals any real pain. Seeing the look of terror on the faces of dogs I’ve watched get shocked, I kind of doubt that. Unfortunately, dogs can’t verbally describe the sensation of having electricity zapped into your neck. But YouTube is full of quite a few humans who’ve experimented with shock collars on themselves.”

All of these statements are riddled with misinformation, mistruths and ignorance. Let’s get down to some facts:
**
They’re Tools:** If inanimate objects are evil, as Mr. Diaz claims e-collars are, then pencils misspell words, guns leap off the shelves and randomly shoot people and cars force drunks behind the wheel.

E-collars, like pencils, cars, guns or any other man-made tool or device, can be used properly or improperly. It’s the education, proficiency, experience and intent of the person wielding the instrument that is to be questioned.

More dogs have been, and continue to be, abused the world over by boots, crops and hands or rolled up newspapers than by educated and knowing e-collar users. Even a person’s voice and body posture can be inhumane and cause stress reactions for a dog.

Stupid Pet Tricks: As I said, Diaz and Grossman both hold up their dog Amos as an example of positive-only training. They cite his repertoire of tricks and “Sponge Bob Square Pants” excitement at training time. Diaz also offers a music video featuring performing dogs as even more proof.

What both fail to recognize is that Tri-Tronics didn’t develop e-collars to teach dogs to do stupid pet tricks. E-collars were developed and are used to train very advanced concepts to gun dogs at extreme distances for the purposes of teaching better hunting dogs and conserving game. Used properly, they make learning easier and faster, for the exact reason Ms. Grossman misrepresents in her blog; because the dog can instantaneously understand his transgression.

For the record, when I take my Tri-Tronics Pro 100 G3 off the charger, Kona comes running, tail wagging and sits, excited and ready to go outside and work.

Treats Aren’t Enough: Positive training does work and is necessary for teaching a dog new skills and retaining them, as well as keeping spirits high during repetitive or complex drills. Once those skills are learned, however, the dog needs to be held accountable for his decision to willfully disregard that training.

Withholding a reward because Amos didn’t “bow like a 16th century knight” might work when an audience of wine-sipping New Yorkers take a commercial break during an Academy Awards party, but it’s not going to cut it when a pointer is 300 yards away and has a large covey of quail prancing off the end of his nose.

Even the most positive gun dog trainers I know still make physical corrections for improper behavior of learned skills. That’s because, at some point, that cookie or verbal or physical praise, doesn’t hold enough power; the immediate gratification of willful disobedience becomes greater than the delayed reward.

That pointer with a covey dancing off the end of his nose isn’t going to give a whit about receiving a postponed hot dog when 150 years of selective genetic breeding geared toward hunting birds is telling him to chase. Simply ignoring the behavior isn’t going to extinguish it because the chase and the bird are everything to him; it’s a self-rewarding action that begins to compound with repetition.
**
Positive Isn’t Universal:** Contrary to Mr. Diaz’s statement, positive reinforcement isn’t a Holy Grail of training. It definitely has its place, but not “any” and all behaviors can be learned with it.

Some forms of aggression aren’t going to be solved with a cookie. Punishment-based training isn’t going to do it either, and will in most instances make it worse. Aggression issues are tough and require a much deeper psychological insight into the canine mind and the flexibility to address those issues with whatever means is necessary. A single-track, inflexible mind is the surest sign of a poor trainer regardless of the ideology used.

A positive-only approach isn’t going to work for many advanced gun-dog concepts. If the positive-only method is so superior to all other training, why hasn’t a dog trained with them won a field champion title, or heck, any advanced title? C’mon, Mr. Diaz and Ms. Grossman, put your money where your mouth is and start competing. There are lots of events in the Northeast.
**
Karen Pryor’s Work:** Ms. Grossman has a good understanding of dog training. She’s just ignorant when it comes to e-collars, gun dogs and the standards they’re held to and the necessity of those standards. Her mentor, Karen Pryor, is a very knowledgeable animal behaviorist whose work needs to be looked at and incorporated into the gun-dog training world in one form or another.

Mike Stewart at Wildrose Kennels successfully uses many similar concepts in his gun-dog training while George Hickox has incorporated clicker training into his puppy regimen. The positive side of training is something that gun-dog trainers need to explore with an open mind and find what works well and adopt it in one form or another into their routine. It will make us all better trainers.

With that said however, without proper balance in all phases of training, you’re only using half or a quarter of your training tools while simultaneously reducing their effectiveness.

Just Coincidence? What once was the highest pinnacle of gun dog competition is now nearly commonplace. The evolution of e-collars, training and testing is interlinked. You can argue whether or not that’s good for hunting, but the fact remains: dogs and trainers are accomplishing feats that would have been inconceivable in the past.

This is due to the advent and fine-tuning of the e-collar and corresponding training programs. It’s not a coincidence.

Ignorance Really is Bliss: Mr. Diaz and Ms. Grossman have no clue how an e-collar is used, nor how low of a level it can be set to, and they state as much, yet they somehow still feel qualified to condemn it. Their sum total of education is watching people improperly use the tools upon themselves in YouTube videos – America’s anthology of idiotic behavior. Talk about positive reinforcement!

The truth of the matter is, when used properly, e-collars can be the fastest and more humane way to teach a gun dog advanced concepts at a distance. With variable levels of stimulation, the lowest of which really are nearly undetectable, the amount of stimulation, yes, that’s a nice way of saying “shock,” can be fine tuned to each and every dog and the degree to which the individual situation requires.

Contrary to the espoused views, pushing a button on a transmitter doesn’t necessitate suffering and doesn’t make a dog magically do anything. And, as any e-collar trainer knows, causing a dog to over react to a correction is not conducive to training.

Please, Mr. Diaz, stick to reviewing iPhone apps because you’re clearly parroting an ideological standpoint without understanding the intricacies of dog training, or even the technological tools of the trade – which is sad since it’s your job as a blogger for a tech site like Gizmodo.