Walking up bunnies is a great way to spend a winter afternoon. But the first family of cottontail hounds wants to teach you how to work a beagle into the hunt. 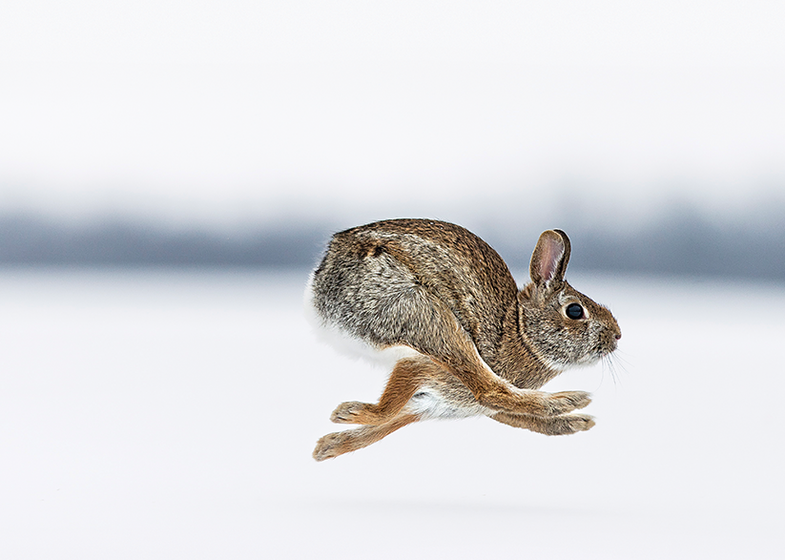 The rumor is that small-game hunting is on the decline, but apparently nobody in Coshocton, Ohio, has heard the news. Perhaps best known for living in a haven for big whitetail bucks, Coshoctonites are just as likely to have a dog box with a couple of beagles in the bed of their pickup truck as they are to have a treestand or a bow.

The town in southeastern Ohio is the home of the United Kennel Club’s Hunting Beagle National Championship, which draws hundreds of the nation’s top beaglers each year. One of the locals who routinely finishes at the top of the heap is Jason Olinger of Olinger Beagle Kennels. He and his family have campaigned champion and grand champion beagles, and their dogs have won state race competitions and qualified for the semi-finals of the national championship.

As you might imagine, Jason Olinger is a vocal proponent of hunting cottontails with hounds. Here are his secrets for training a first-class rabbit dog.

Selecting and Training a Beagle 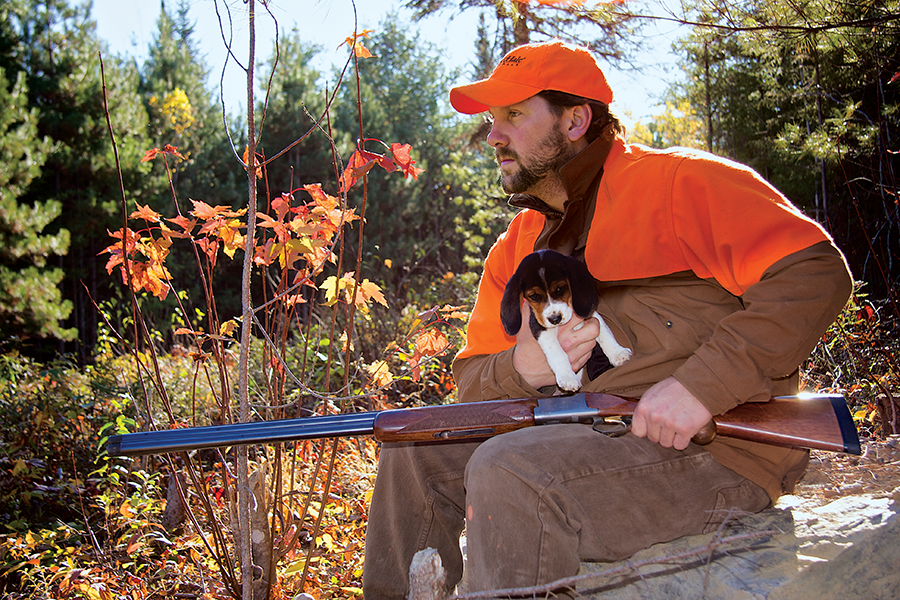 The best way to train a rabbit hound is by exposing him to the field at an early age. Photo by Lon E. Lauber (Hunter)

• Start Them Early: Beagles are born with an innate drive to hunt, but just as with other breeds, some dogs have more drive than others. You can wake up this desire in a slow-starting beagle by dragging a rabbit skin along the ground for your young dog to follow.

• Instill Commands: More than other breeds, beagles are notoriously oblivious to their master’s commands. Spend extra time drilling basic commands with a young dog—and ensuring that she respects them—long before you introduce the dog to the chaos of a pack.

• Spend Time in the Field: You can’t just drill beagles in the backyard. They learn how to work a line and sort out a “check” (lost track) by repetition, and actual pursuit is the best physical and mental conditioning for all-day campaigns.

• Stop Deer Pursuit: Beagles love to chase, but that doesn’t mean they’ll always be chasing rabbits. If a dog happens to start on a deer track, you need to be ready to make a correction immediately. This usually means activating an electronic collar. That may seem harsh, but it’s better than having your dog shot by an angry landowner or struck by a vehicle while crossing a road in pursuit of a deer.

• See the Dog Run: If you’re purchasing a finished dog, be sure to actually hunt with the hound first. In beagling, there is no single definition of a “good” dog, and even champion hounds might run too fast or slow for you or range too far. Understand what you want in a finished dog and don’t settle until you find it.

Now that you have a tuned-up beagle, it’s time to hunt. Jason Olinger helps explain how to get your ­rabbit when the dogs are running

Focus on the Start
Beagles don’t “circle” rabbits, as many people believe. It is the rabbit that makes the circle; the dogs simply follow. The rabbit usually heads back to where the race started, and that’s where you should expect to get a shot.

Listen to the Dogs
While you are waiting, face the dogs and listen to their barks. If they are working slowly, the rabbit will likely be bouncing along. If they are in full voice, expect a running shot.

Take to the High Ground
The higher you are, the better chance you’ll have of seeing the rabbit. Get on a stump, a blown-down tree, or any other secure vantage point where you can see more ground. Scan the cover, but don’t move.

Identify Your Target
Rabbits typically run well ahead of the dogs, but not always. Don’t pull the trigger until you are sure of your target. If you miss, the dogs might be able to make another loop and you’ll get a second chance.