You’ll sometimes hear that a dog is “too much” for an owner to handle. That could be caused by a... 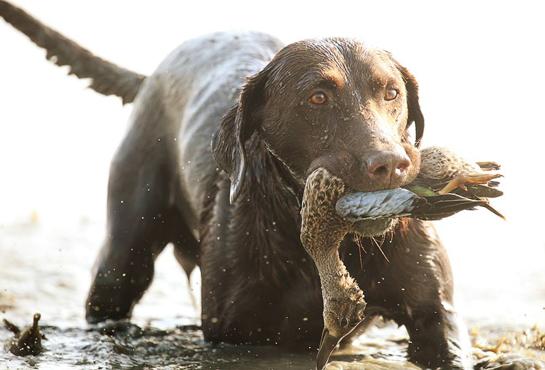 You’ll sometimes hear that a dog is “too much” for an owner to handle. That could be caused by a dog’s high prey drive, high energy level or physical size, among other things, but it usually boils down to the dog being a step (or several) ahead of its human counterpart. Since the canine is an expert at manipulating and reading humans, knowing exactly how to get what it wants.

While high energy and a large physical size can force a handler to remain on his toes at all times, a high prey drive is one of, if not the, most important attributes of a hunting dog. Prey drive – that innate desire for the game they were bred to hunt – is important for many reasons:

Training: The ability to take direction, and correction, and remain upbeat and willing to learn, please, and work, is tied directly to prey drive. Without it, a dog will shut down when something doesn’t go his way; when the dog is made to do something or corrected for making the wrong decision.

Adverse conditions: The desire for the hunt is what will drive a dog to fight through rough conditions – cold or hot temperatures, rough terrain (pad-cutting rocks, cactuses, etc.), icy water and whatever else might hamper a dog.

Mistakes: Perhaps the greatest benefit of a high prey drive is the ability it gives the dog to overcome your mistakes. Poor timing with praise/correction, too heavy of a correction, bad introductions (water, gunfire, even the prey itself) is usually overcome by the dog, often on its own, because of its desire to hunt. If the dog doesn’t figure it out on his own, a pro trainer will often harness that prey drive in order to help the dog overcome its manmade fears and associations – think of the gun-shy dog, water/other environments, etc.; you can work through many of those issues by tapping into that innate drive and desire to track and catch feather or fur.

You might have a personal preference as to physical size of a hunting dog, its coat color, or temperament and disposition, but if you’re a hunter, it’s far better to err on the side of more prey drive than not enough. You can harness and control what’s there (that has more to do with your knowledge as a handler/trainer), but you can never add to what was put into the dog at birth.