How to Take Care of Your Hunting Dog in Subzero Weather

An arctic blast entombed most of the country in snow, ice or freezing temperatures during the past week. And while... 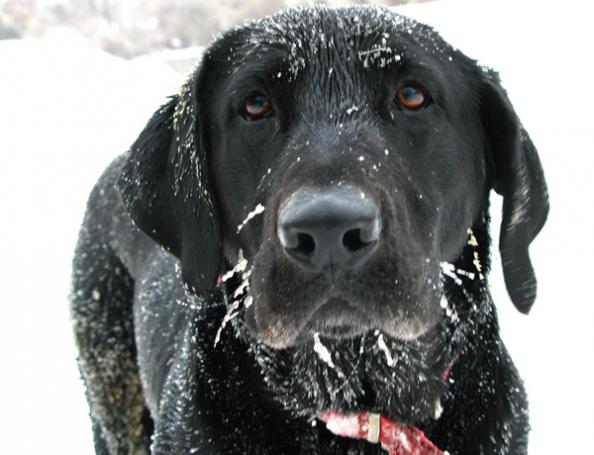 An arctic blast entombed most of the country in snow, ice or freezing temperatures during the past week. And while it will certainly warm up in the coming week, it’s only December. There will be more arctic fronts in January and February. Keeping your hunting dog safe during these times isn’t difficult, but it takes a little foresight.

Canines have evolved to deal with the cold. They are equipped with a great set of tools. What makes it so easy for them to overheat in even mild temperatures during the summer, keeps them warm in the winter. The inability to release heat except by panting ensures that their body heat stays inside. Their hairy coats help repel the elements and to retain body heat, too. If they’re a breed with a double coat, that effect is even greater.

Certainly, you don’t want you dog to be in danger. When the temps dropped to single digits and the wind chill pushed it to below zero, I brought my dogs inside. Hoss, the bulldog, has thinner skin and a short coat, but his age is a more critical factor. He’s more than 13 years old (ancient for a bulldog) and has some bad arthritis (he takes Rimadyl and Tramadol daily). Kona would be fine – he has a doghouse with blankets to nest in, isn’t too old yet, and has the weather-resistant double coat. Bringing him in for a couple of days however, I felt was a prudent move – and when dealing with you dogs, it often comes down to common sense.

However, with hunting dogs, you don’t want the exception to become the rule. Bringing your hunting dogs in during extreme conditions, for a couple of days is one thing, but keeping them inside all the time is unfair to them when it comes to working – especially with retrievers.

If the dogs are expected to work in cold weather – swimming for ducks in icy water, sitting for hours when wet and cold – they need to become acclimated to it. Allowing them to spend a good portion of the day outside in the same temperatures they’re expected to work in gives them a chance to become used to it and even cope by growing thick, winter coats. If you keep your dog inside all day, and then take him hunting, he’ll likely still jump into the icy water – prey drive will do that – but it’s unfair to do and increases the chances that he’ll want to quit.

All a dog really needs in cold weather is adequate shelter; something that protects him from the rain, snow, sleet, etc., and has some insulation – either in the walls/ceiling or for the dog to nest in (blankets, hay, etc.). You don’t want the house to be too large, just big enough to stand up inside and turn around in. You can add other items that help your dog retain or produce heat – such as heated mats.

In addition to modest housing, you’ll likely need to increase the dog’s food rations a bit, and even though it’s cold, make sure fresh water is available at all times (you might consider a heated bowl if needed).