Q&A with a Precision Rifle Shooter and Engineer, Cal Zant

Lifelong hunter and gun enthusiast Cal Zant tapped into his engineering background to create PrecisionRifleBlog.com, one of the most informative... 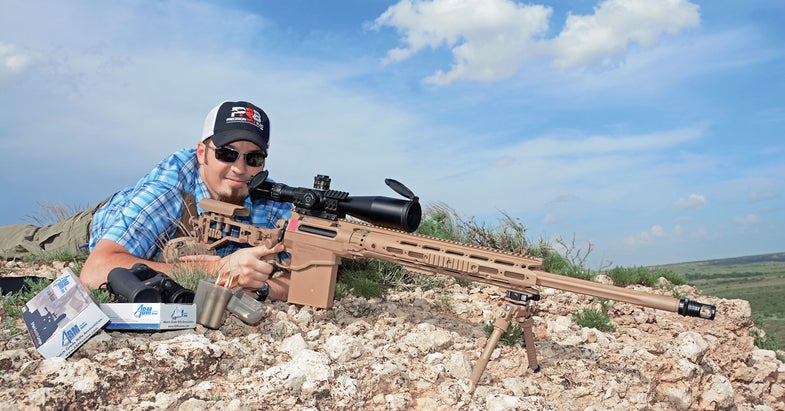 Lifelong hunter and gun enthusiast Cal Zant tapped into his engineering background to create PrecisionRifleBlog.com, one of the most informative sources for shooters on the web.

OL: When did you start shooting long-range?
CZ: I got into long-range shooting to improve as a hunter. I took a class where we shot out to 1,000 yards. My instructor was good and I got hooked. I love the elegant mix of science and art that goes into it.

OL: Your background is in computer engineering. Is it fair to say you’re a bit of a gun geek?
CZ: Definitely. I’m a nerd among nerds. The first time I shot at a target at a mile, I missed 20 times. I went back and did the calculations and figured out what I was doing wrong. Next time I hit it on the first shot. I had the Coriolis effect backwards.

OL: You’re a hunter, too. What’s your take on the long-range-hunting craze?
CZ: I know some guys who do that, and I’ve seen Facebook contests for who can take a deer at the longest distance. I don’t think most guys practice enough to do that. The way I see it, the ethical distance to shoot a deer is the distance at which you can hit a 10-inch plate 10 times out of 10. For some guys, that might be 200 yards; for others, it might be 800.

OL: When did you start PrecisionRifleBlog.com?
CZ: In 2012. I wrote for almost two years before I had a following.

OL: That’s certainly changed now. Was there a particular piece you did that put you on the map?
CZ: There’ve been a couple of them. The first one was the McMillian stock photo gallery I did. Then a buddy asked me what I thought he should look for when buying a scope. That’s a loaded question. Marketing people like to focus on what’s different about a scope and not about what you need. So I wrote a list of the features I look for when I’m interested in a scope. That post is still one of my highest rated blogs. And finally there’s my tactical scope test. I couldn’t be more proud of that—I put more than 400 hours into it. I didn’t expect that going into it. But if I set my mind to something, I’m going to finish it.

OL: What’s your general philosophy about testing gear?
CZ: Don’t take anything for granted. Measure everything. If I can’t find a way to objectively quantify something, I won’t write about it. I try hard to remove my opinions and let the data speak for itself. I’d rather my website disappear forever than be a source of bad information. If I’m not helping people, then I’ve wasted a lot of time here.