Shooting Tips: Understanding the Benefits of a Suppressor

Sound suppressors—also known as silencers, though they don’t actually silence gunfire—are legal to own in all but a handful of states. 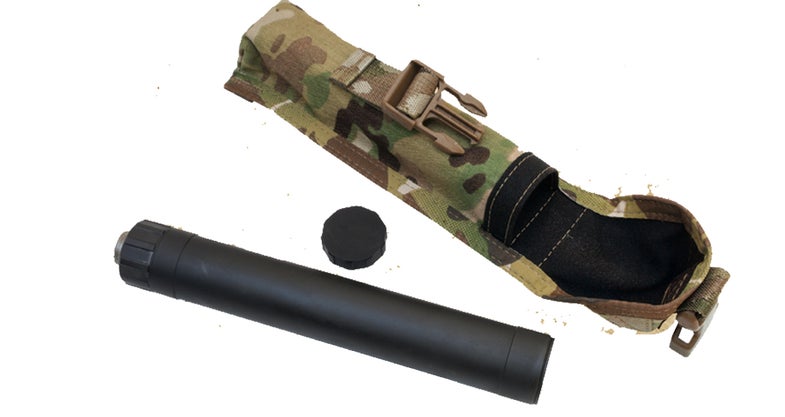 Sound suppressors—also known as silencers, though they don’t actually silence gunfire—are legal to own in all but a handful of states. And in most of the states where ownership is legal, hunting with them is also allowed, though you’d be hard-pressed to uncover that fact in the state’s game regulations. This is a shame, because silencers are great additions to any firearm, whether for hunting, target practice, or competition. In other countries the use of silencers is encouraged, and in some cases, required. It is perhaps the only example where gun rights in the United States lag behind those in Europe.

If you haven’t shot with a suppressor yet, do so. Experiencing one firsthand is the best way to see its benefits, but in case you don’t have one handy, the following entries explain what makes suppressors worth owning. And speaking of which, the process to purchase them is not nearly as onerous as some make it out to be. An excellent resource is the website silencersarelegal.com, which contains a wealth of information about suppressors and how to go about buying one.

There are multiple benefits to using a suppressor, both in terms of personal safety and improving your own hunting and shooting experience.

1. Save Your Ears
Suppressors significantly reduce the sound of the shot at the muzzle, though rarely muffle the noise to the point where it is technically ear-safe. Wearing hearing protection is still a smart move, of course, unless the firearm is shooting subsonic ammo. But the softer blast is much safer for the shooter’s hearing, and that of anyone else in the vicinity. For this reason alone—protecting everyone’s hearing— silencers should be more widely used.

2. Improve Your Aim
There are two reasons shooters flinch. One is the force of the gun’s recoil and the other is the shock of the muzzle blast. Guns that use muzzle brakes to reduce felt recoil have significantly greater muzzle blast and increase one cause of flinching while reducing another. Suppressors actually reduce both.

The lessened kick of the gun and the softer report at the muzzle make guns with silencers very shooter-friendly and are ideal for those who are prone to flinching and for new shooters. But even experienced shooters will see their marksmanship improve when using suppressors.

3. Speak Up
Because silenced guns require reduced levels of hearing protection, they make it easier for shooters to speak with each other. Range commands are easier to hear, and in hunting situations (where the use of ear protection is often difficult), they allow for better communication.

4. Be Aware
With a suppressed firearm, shooters have the option to go without earplugs while in the field. Being able to take full advantage of natural hearing allows shooters to be more aware of what’s going on around them, which is critical in both hunting and tactical situations.