B&T introduces the coolest suppressor attachment system on the market 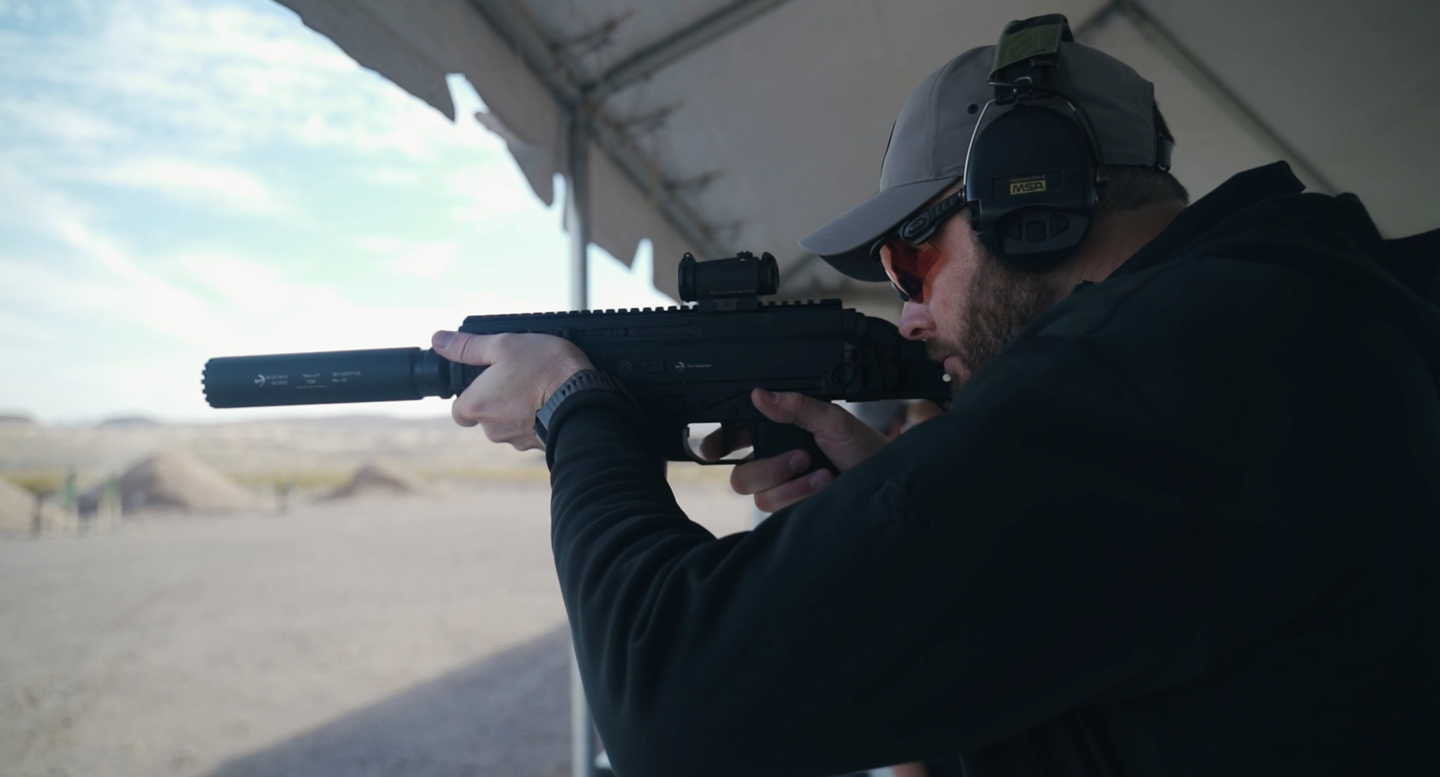 This new suppressor from B&T easily presses over a three-lug barrel and snaps into place. Tanner Denton
SHARE

Some of the most interesting introductions and products from the 2022 SHOT Show have revolved around suppressors, and one of the coolest suppressors we’ve seen so far has been B&T’s RBS-9 SQD suppressor system. “RBS” stands for “reduced backpressure” which does just what it sounds like: It’s designed to absorb gas, thereby reducing back pressure. This significantly reduces excess gas pressure at the charging handle and ejection port locations, according to B&T, which is less distracting and actually safer for the shooter.

But the most impressive thing about the suppressor is how it attaches to the barrel: It simply presses over a three-lug barrel and snaps into place. Then you’re ready to shoot. No turning or tightening required. To remove the suppressor, you press a button and pull the can off the barrel.

I had the chance to shoot the B&T RBS-9 SQD suppressor at the SHOT Show Range Day and got a first-hand listen to how quiet the system is. There was minimal recoil, noise, and muzzle jump. In other words, it’s an incredibly fun platform to shoot. B&T is known for making pretty fancy (read: pretty expensive) equipment, but they’re expecting this suppressor to retail for about $650, which is on the affordable end of the spectrum.

B&T is probably the biggest suppressor company you’ve never heard of. That’s because the Swiss company hasn’t been able to import suppressors into the U.S. market. But now they’ve spun up manufacturing here in the U.S. and their product will be available to American shooters and hunters. They will be offering a full suite of suppressors with different mounting systems, including direct thread, the three-prong quick-detach configuration you see in our video, plus quick-detach models for other barrel adapters.