For most of us, hunting is inextricably intertwined with family. We couldn’t tease the two apart if we tried. We... 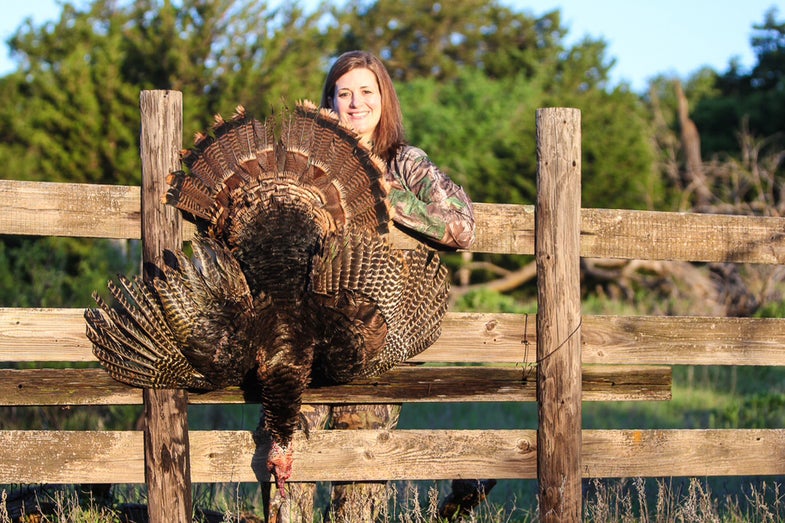 For most of us, hunting is inextricably intertwined with family. We couldn’t tease the two apart if we tried. We learn to hunt from our elders, swap stories with our buddies, and do our best to pass that knowledge on to future generations. You’d be hard pressed to find any hunter who doesn’t associate time afield with someone they care about.

For Shannon Beck, that person was her husband. Last year Undersheriff Brian Beck of Washita County, Okla., died when his vehicle collided with another officer’s during a car chase. Years earlier he’d mentioned a specific request: When he passed away, Shannon should load his ashes into shotgun shells and kill a turkey for him.

Fifteen months after his death, Beck fulfilled that request. But this time, she was hunting with a total stranger.

Beck reached out to several hunters in the hopes of finding someone to take her hunting, without luck. Finally she crossed paths with hunter Kip Peck on Facebook. She explained her quest to take a gobbler. Although she’d hunted turkeys before, this was a special situation.

“I didn’t even know her,” Peck said. “But when I got that message and she told me what was going on, I was all for it.”

Although Peck’s background is guiding waterfowl, he’s a hardcore turkey hunter who likes to take others afield, including youth hunters. Two weeks after connecting online, Beck and Peck found themselves sitting together in a blind in Southwest Oklahoma early Saturday morning. 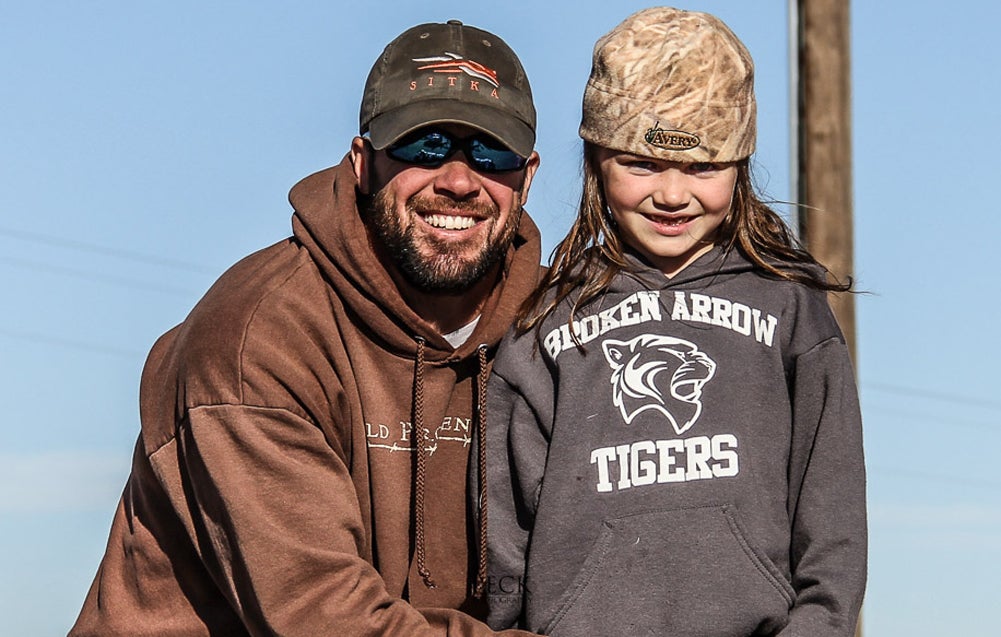 Kip Peck with his daughter Timber. “Shannon saw my Facebook cover photo of a turkey and my profile picture with my daughter, and thought, ‘Well hell, he can’t be that bad,’” Peck said.

It was everything you could ask for in a turkey hunt,” Peck said. “Everything came together.”

He’d roosted a Rio the night before, and they snuck into the blind early the following morning. An owl flew in above them, hooting, and soon the tom pitched down 200 yards away. Two calls from Peck brought it beelining for the decoys.

Beck pulled the trigger on the strutting Rio—and missed. It flapped over the blind and landed behind them, still in range. With some coaching from Peck, Beck got on him again and fired a second time. This shot connected, and she had her turkey before the sun was up.

“Shannon got out of the blind and went up to the bird. The truck was a mile away, so I went for a walk and gave her some time alone,” Peck said.

This story is pretty powerful for a couple of reasons. Brian Beck taught Shannon to hunt, and they shared many years hunting together. His request also brought two complete strangers together. Beck was looking for a friendly hunter willing to help her cause. Peck didn’t expect money or need any incentive—he just got a kick out of helping her fulfill her goal, and her late husband’s wish.

Beck is mounting the bird as a lasting tribute to her husband. But like any hunt, tagging out is only a small part of the experience. It doesn’t matter that it took two shots. Or really, I think, that she even bagged a bird. The point of the hunt was to remember and honor her husband’s memory in a meaningful way, and she succeeded in that whether she killed a gobbler or not.