Opinion from a Trad Bow Hunter: Crossbows are Ideal for Getting Little Kids into Hunting

“If everyone would look at hunting and the outdoors through the innocent eyes of a child, we'd have a lot less in-fighting among hunters” 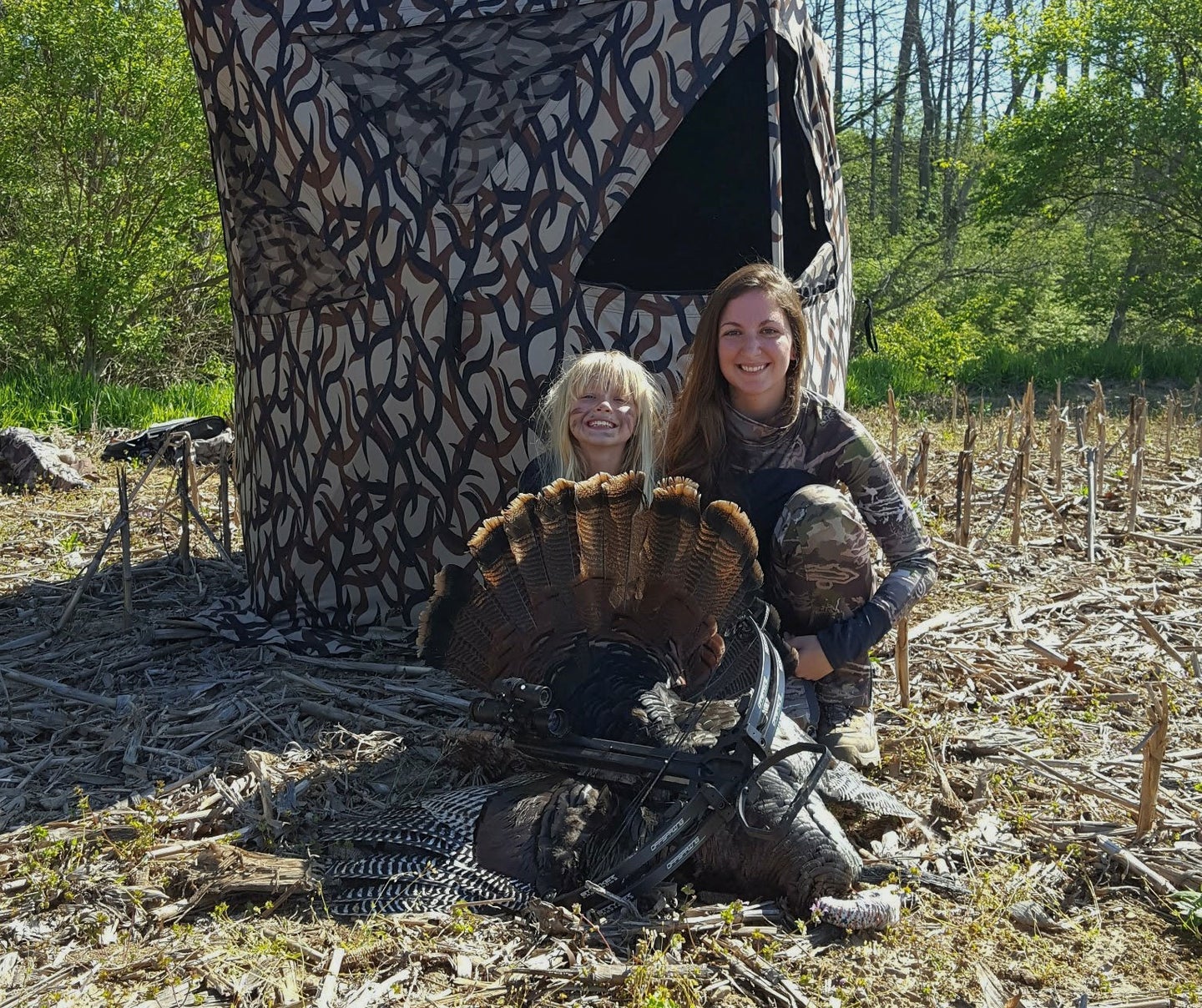 The author and a young crossbow hunter after a successful turkey hunt. Beka Garris
SHARE

My first real experience with crossbows was about 10 years ago, when I was on a turkey hunt in Florida. I got the opportunity to go on a hog hunt, but I didn’t have anything to hunt with besides my shotgun and turkey loads, and those weren’t exactly recommended. I was offered a crossbow to borrow, so I took it. To a vertical bowhunter, it turned out to be essentially like gun hunting, but without the loud boom. Would I have enjoyed the hunt a bit more if I would have had my compound? Maybe. But I took the opportunity I was given and was happy to have killed a hog and filled my freezer.

After that, I didn’t give crossbows much thought—until a few years ago when my friend Jen bought a crossbow for her daughter to use turkey hunting. Savannah had taken one turkey before with a .410 shotgun. This year, she wanted to use a bow. But at the age of 10, she couldn’t physically pull the legal draw weight of 40 pounds with a compound.

Instead of telling her daughter that she had to wait a few years until she could use a compound—an eternity to a child—Jen got a crossbow. There was no debate on whether it was “the easy way out,” no worries that she was “cheating.” As a parent who loves to see her kid enjoy the outdoors, Jen knew that the crossbow was the best option. Savannah shot her turkey that season, and we were all ecstatic. This hunt opened my eyes to the positive influence that a crossbow can have in a kid’s life.

Crossbows aren’t anything new. I mean, they date back to the 5th century B.C. You’d think by now we would have come to terms with them. Maybe hunters just like to find things to argue about.

And still, there’s no denying that crossbows remain extremely controversial. And if you’re on the anti-crossbow side of the debate, maybe you should rethink your stance. You don’t have to hunt with a crossbow. But you shouldn’t be picking on kids for hunting with one.

Jake Downs is a bowhunter from Nebraska and a father of two. Last year, just weeks before his daughter Alexa’s fourth birthday, she killed her first turkey with a crossbow. This year at age 5, she shot her second turkey with a crossbow. I’ve followed the Downs family on social media for some time and seeing Alexa smiling beside her turkeys warms my heart. Of course, not every hunter had the same reaction.

“I have had many people say that I was letting her push the ‘easy button’ by using a crossbow instead of an upright bow or gun,” says Downs, who also noted critics objected to taking his daughter hunting at such a young age.

These comments about a little kid and her first experiences as a hunter are not only uncalled for, but they are foolish. The goal is to get our kids excited about hunting, not beat them up for it or make their first hunts deliberately challenging.

“There is no other weapon I’d be comfortable with her using,” Downs says. “Obviously a regular bow isn’t an option, and I don’t want her being afraid of a gun when she gets big enough to shoot one. So the crossbow is the best and only option. It’s also comical that people are saying she should have started with a gun because the crossbow is easy. She also is fully aware of the difference between the crossbow and her little Stalker weasel recurve. She loves shooting her recurve but knows that it’s not enough to kill an animal. My main take away from this whole experience with her is that if everyone would look at hunting and the outdoors through the innocent eyes of a child, we’d have a lot less in-fighting among hunters.”

Some young kids are comfortable shooting guns, obviously under the close supervision of their parent. Suppressors will help reduce noise and there are a wide variety of light-recoiling cartridges out there that make shooting less intimidating. But still, many parents like Downs want to wait before having their little kid hunt with a firearm.

That’s where a crossbow can be useful. They create relatively less noise and recoil. Yes, many crossbows are heavy and unwieldly for a child. But realistically, you will be handling the bow, cocking it, and uncocking it for your child.  You can use a rest or shooting sticks to stabilize the bow once you’re in the blind, and you can help your child aim. Modern crossbows have improved greatly in the last 10 years, and even the more affordable crossbows are more compact and easier to use than older models.

Plus, crossbows are allowed in many archery seasons (which a usually run longer). So choosing a crossbow gives you more opportunity to hunt with your kid compared to hunting in only the more limited firearms seasons or short youth seasons. And any parent with young kids knows that time is often the greatest limiting factor.

Maybe people are forgetting what it once was to be a kid and out on their first hunt. It’s important to enjoy spending time outdoors—and experiencing success early on. It shouldn’t matter what that kid is shooting. A crossbow, compound, and firearm accomplish the same goal. As long as it’s legal and it doesn’t affect you personally, shut up and just be happy for your fellow hunters. As a hunting community, we need to get better at just saying “congratulations” and moving on.

Accepting crossbows as a form of hunting doesn’t mean you’re advocating for being a “lazy hunter.” If it’s not for you, I get it—I’m a traditional bowhunter myself and have hunted strictly with a trad bow for the past six years. I don’t see myself ever picking up anything else. But as a parent of a 3-year-old daughter, I won’t bat an eye at buying a crossbow for her in the near future.