Is the Weather Screwing Up Your Turkey Hunt?

I spent much of last week futilely chasing Rio Grande turkeys in western Oklahoma with Todd Rogers, who operates Rut... 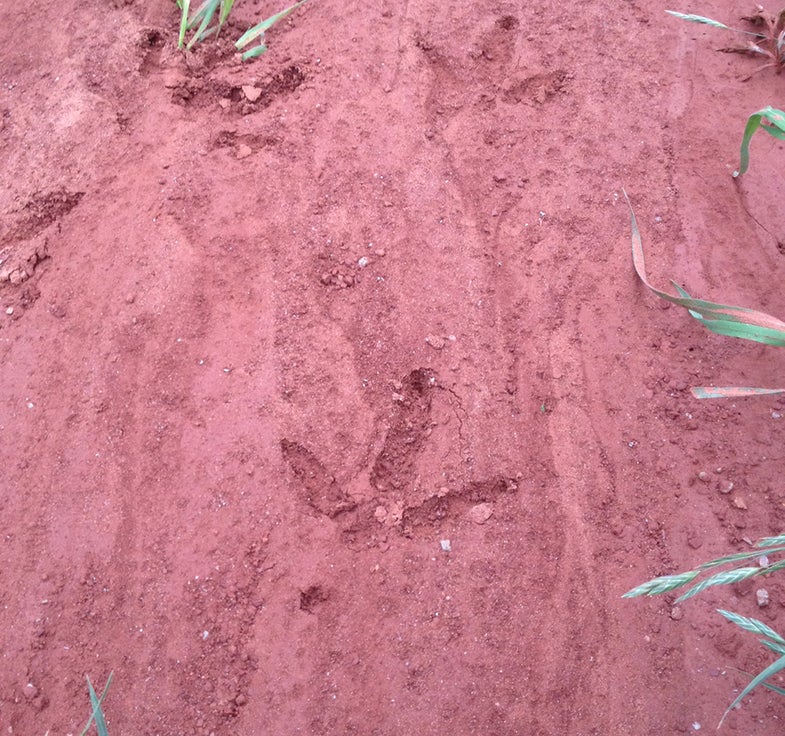 You don't have to rely on an animal's hoof, paw, or footprints to find it. Natalie Krebs
SHARE

I spent much of last week futilely chasing Rio Grande turkeys in western Oklahoma with Todd Rogers, who operates Rut N’ Strut Guide Service out of Elk City. That futility was borne partly of my own doing and partly of a series of vicious springtime storms, the likes of which this region hadn’t seen in five years or more, according to Rogers. “If you think about it, there isn’t a gobbler living around here that’s ever seen weather like this,” he mentioned at one point.

The day before I arrived in camp and two nights while I was there saw tremendous winds, rain, thunder, and lightning. As a result, the birds proved to be far less cooperative than they should’ve been (they are Rios, after all), and of the 16 birds my companions and I could’ve taken during our hunt, just 8 were tagged. Others in camp who have hunted with Rogers or in this area in the past were dumbfounded at the lack of activity, and the only thing we could point to was the weather.

As hunters, we’re always quick to determine the ages of the animals we kill, whether it’s a 2-year-old gobbler, or a 3.5-year-old buck. But how often do you think about what that means in terms of those animals’ experiences in the world, especially with regards to their perception of major weather events? Obviously, a tornado is always going to bugger up a hunt, regardless of the age class of the animals. But the next time a big storm blows through that dumps hail and snaps branches from trees, realize that while we might write if off as unusual but not extraordinary, our quarry might well think the world is coming to an end.