Turkey Hunting: What the Biologists Can Teach You

A new generation of wild-­turkey researchers is seeking to answer questions about turkey population declines, habitat preferences, and geographic distribution.... 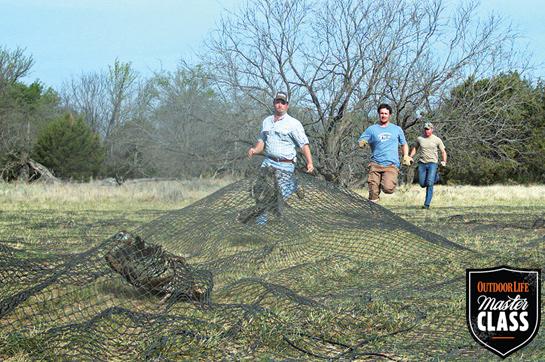 A new generation of wild-­turkey researchers is seeking to answer questions about turkey population declines, habitat preferences, and geographic distribution. Their findings will influence turkey management for decades to come. But hunters can learn from them right now about where and how to hunt our most evasive gobblers.

Turkey biologists aren’t quite calling it a crisis, but significant population declines in some regions of the country have them wondering why, after decades of growth, turkey numbers are flat or nose-diving. What they are finding is that, in some areas, the trend is predictable: After filling all available habitat, turkey populations have reached a sustainable plateau.

But in other regions, population slumps have been sudden and unexpected. A new generation of researchers is being tasked with discovering reasons for these declines, and their work is changing the nature of biological inquiry, moving away from the study of individual behavior and life-history projects and toward the investigation of population dynamics.

“We are at an interesting time in the evolution of turkey research,” says Mark Hatfield, a staff biologist with the National Wild Turkey Federation. “We’ve had a lot of studies looking at things like gobbling peaks and food preferences, and at how turkeys use various habitat components. Now we’re moving to bigger-­picture projects, looking at how populations work over wider landscapes.”

Lone Star Gobblers
In Texas, biologist Bret Collier is looking at how Rio Grande turkeys react to disruptions, in the form of roads, ranching, energy development, and even hunters. Turkeys affixed with GPS transmitters are illustrating–though their daily patterns, which are uploaded as hour-by-hour waypoints–that even brief encounters with humans will cause them to change their movements for several days following the incident. Hunters can use this information to reinforce the idea that they need to sneak in and out of their hunting area, and should take great pains to not disrupt roost sites.
**
Timber Management**
Across the heart of the East and Southeast, turkey numbers are slumping in areas with seemingly classic timbered habitat. But new research is suggesting that not every woodland is the same to a wild turkey. Instead, as forest management has transitioned to larger but fewer timber-cutting projects, many public forests have matured, leaving little nesting cover and edge habitat for wild turkeys. “This research reminds us that the heyday of turkey restoration coincided with active timber management,” says Hatfield. “We are interested in seeing if smaller, more focused managed burns and cuts can re-create those emergent-­forest conditions that turkeys thrive in.” And hunters can take a page from the early conclusions: In order to find the most robust turkey populations, hunt the edges of recently logged woodlots.

Rethinking the Hatch
One of the happy products of abundant wild turkey populations has been liberal hunting opportunity, measured in long seasons and multiple-bird bags. But as turkey populations dip, biologists are considering shorter, later seasons.

“Originally, seasons were set according to peak incubation,” says NWTF’s Mark Hatfield. “The idea is to open seasons when at least 50 percent of hens are nesting, which ensures that most breeding has taken place and gobblers can be considered surplus.”

The NWTF is funding research that looks at whether early seasons disrupt nesting hens and leave unhatched eggs vulnerable to predators.

“We always want to increase opportunity,” says Hatfield. “But we have to do it sustainably.”