Glenn St. Charles, bowyer, archery pioneer and one of the principals often credited with legitimizing the bow and arrow for... 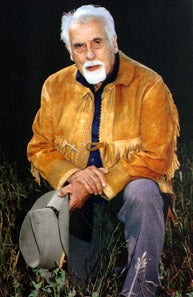 Glenn St. Charles, bowyer, archery pioneer and one of the principals often credited with legitimizing the bow and arrow for big game hunting in the U.S. during the mid-twentieth century, died Sunday, Sept. 19 in Seattle at the age of 98.

Shortly after World War II, St. Charles opened an archery shop in the Seattle area and began producing the Thunderbird, a top-flight recurve bow that quickly became popular among the top archers and bowhunters of the era. He began a relationship with Bear Archery and Fred Bear in 1948 that later involved bowhunting trips to Canada and Alaska, including his appearance in some of Bear’s popular bowhunting adventure movies.

St. Charles founded the Pope and Young Club in the 1958 to recognize hunting archers and outstanding big game animals taken with the bow and arrow. In 1958 he was awarded the Compton Medal of Honor, the highest honor bestowed by the National Field Archery Association (NFAA), and in 1991 he was inducted into Archery Hall of Fame.

In later years, he was honored with the Pope and Young Club’s most prestigious Ishi Award.

St. Charles’ books included Legends of the Longbow (1993) and Bows on the Little Delta (1997). He also wrote the introduction to Fred Bear’s most popular book, Fred Bear’s Field Notes.

The National Archery Hall of Fame website notes that St. Charles was born in 1911 in Seattle and realized from an early age that the bow and arrow was something he wanted to spend his life exploring.

“His father was a timber cruiser and Glenn made many a walk in the woods with his Dad where he learned about the types of trees from which he would later design and make bows,” according to the account.

The love of hunting and the romance involved with watching the flight of a launched arrow played an integral part in St. Charles’ life–and livelihood–for more than 80 years.