The thought of squirrel hunting 100 million years ago just got a lot more enticing, as scientists announced recently that... 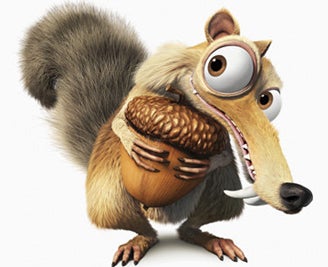 The thought of squirrel hunting 100 million years ago just got a lot more enticing, as scientists announced recently that they discovered skull remains from a saber-toothed squirrel, according to CNN.

Technically speaking, the creature was not actually a true squirrel, but rather a pint-sized mammal called Cronopio dentiacutus.

It lived in South America between 60 million and 120 million years ago. It ate primarily insects, and used its large front teeth to puncture and crush the bugs’ durable exoskeletons.

Present-day marsupials and placenta-birthing mammals (yes, that includes humans) can likely trace some of their genetic line to the ancient squirrel-like species, which lived alongside dinosaurs and other large reptiles–but, sadly, long before sportsmen.

“These [squirrels] were the tiny little guys that would ‘squirrel’ in between the toes of the dinosaurs, trying not to get stepped on,” said Guillermo Rougier, a professor at the University of Louisville who played a hand in the discovery.