Faking It: Social Media and the “Stolen Valor” of Hunting

In the years we have been at war in the Middle East, the term “stolen valor” has been used to... 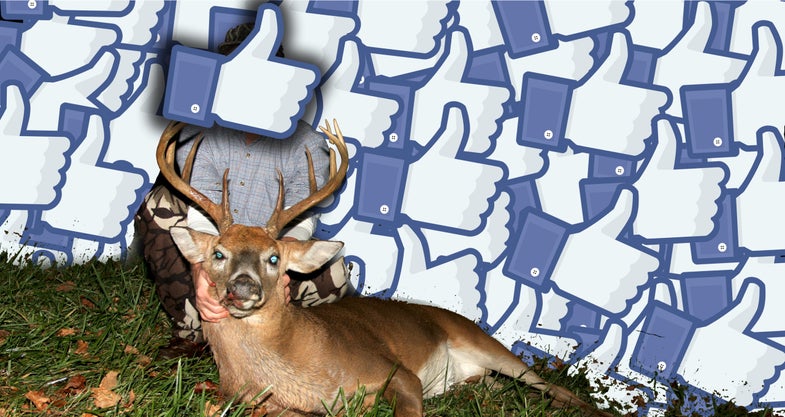 In the years we have been at war in the Middle East, the term “stolen valor” has been used to refer to an issue that has been problematic probably as long as wars have been fought. The term is used to describe people who make false claims about their military service.

It may surprise you that the same bad behavior is rampant in our public portrayal of hunting.

Before I get into the hunting aspects, I must state that in no way do I want to offend veterans or men and women of uniform by comparing their service and sacrifice for our nation to hunting, as these are two completely different things. However, I want to use the “stolen valor” principal as an analogy to illustrate the corrosive effects of ego that nearly cause me to blow a gasket every time I think about it.

Growing up on a steady diet of outdoor magazines and stories of adventures at home and abroad, I held a belief that the authors whose stories I read had an intense passion for the outdoors and who lived the real adventures and accomplishments that they wrote about. I can’t say exactly when it happened, but sometime in the past few years, my naïve sentiments have been almost completely destroyed. The biggest culprit at fault for creating a cynical, sarcastic view of the hunting world is the tangled web of online social media.

Facebook, Twitter, and the other social networks are great for staying connected with our families and friends. However, they can also be abused by people who will do anything to get more likes, friends, followers, or comments. This brings me back to the “stolen valor” perspective.

Social media has done for the hunting world what Velcro has done for military posers. Anyone is able to slap on a campaign patch and portray themselves as anything they want. Every day, I am barraged with self-promoting sites featuring a few cool selfies, three or four hashtags, and a motivational quote, followed by advice on gear, brands, and tactics, delivered in a voice that’s equal parts super hero and backcountry warrior.

I should note that there are plenty of individuals who have built their bad-ass images legitimately, because of their years of hard work and experience. But how does the average person know who is legitimate or not? Who is vouching for a product that they have actually put to the test and not just given the backyard walk-around for a free sample? Who actually knows from experience what they are talking about?

Were there posers in the pre-Facebook days? Sure. But now it’s so easy to create a false persona with a few keystrokes and uploads. It isn’t always easy to spot these fakes, so here’s a field guide to picking out the legitimate outdoors experts from the self-important posers.

THE PRO STAFF FAKER
Promotional staffers were once considered the elite authorities on the products they promote. Sure, pro staffers are hired to pitch a product, but the best are folks we trust for advice on the performance and dependability of the products, knowing that they wouldn’t risk their reputations on shoddy or inappropriate gear.

Apparently, the value of reputation has depreciated in the social-media age.

I don’t need bow advice from someone who has only taken one or two animals with a bow. I’m not going to believe a pro staffer who appears in promotional photos with an animal that they didn’t personally kill (yes, that happens).

If the Navy started slapping SEAL tridents on the chest of every Tom, Dick, and Harry that had some cool selfies “hitting the beach,” what would the trident mean? Nothing. Unfortunately, that’s what’s happening with the “pro staff” title. It’s been cheapened by self-promoting weasels.

The legitimate “experts” are expert because they have put the mileage in to earn that title. They can give advice because they have experience. Delta Force operators don’t know how to clear a room because they play first-person shooter games and one day someone told them they were an operator. They know because they have trained and learned, done it, and know it inside and out.

Do the experts know everything? No, and if they don’t know a certain aspect, they will tell you that. There is an inherent need for honesty with and about yourself and your experience. If you are promoting hunting equipment, then you’d better be putting critters on the ground consistently with that product! If you are evaluating a hunting backpack, you ought to have worn out several pairs of boots over the years, packing animals out. If you are building your reputation on extreme hunting, then you had better have spent your fair time in nasty country.

THE FITNESS FANATIC FAKER
In many types of hunting, physical fitness can be a huge factor in success, so I encourage you to work hard and be in the best shape you can. Although getting fit for hunting purposes is nothing new, promotions of face-scowling, extreme workouts and workout competitions supposedly intended to make you a better hunter have been popping up like dandelions. There is nothing wrong with that in itself, but the rest of us are often given the impression that we don’t have a chance unless we become one of these “super hunters.”

The internet can be like a junior high locker room sometimes, and the fitness fanatics are among the biggest bullies. I have seen certain factions of the extreme-fitness crowd electronically gang up on and bash guys who don’t buy into it or haven’t even heard of certain workouts.

If you want to pay for a super-secret workout or pay to go to a fitness competition, good for you. I’m just not sold that you will kill more animals just by doing it. Maybe I’m wrong for having a cynical view of things, but from what I’ve seen, the results (which I think we can generally agree are animals taken) are no better than those of the average, reasonably fit hunter’s.

If it doesn’t make you a better hunter, it’s just a fitness group. Call it what it is.

THE CHRONIC RE-POSTER FAKER
A social media trend I find especially galling is the absurd amount of reposts of the same few photos of the same animal, usually because the poster is compensating for a lack of hunting experience or kills

Most of us participate in “Throwback Thursday” or “Full-Curl Friday” occasionally, and that’s all in good fun. I enjoy seeing everyone’s stories and photos the first time, and often the second time. Chronic re-posting just screams look at me, look at me! What would a soldier that graduated jump school last spring look like if every week he posted “Hey! I got my jump wings!” These folks are proud of their accomplishment and I applaud that, but if you post the same picture of an animal 100 times, does it equate to the experience of taking 100 animals? We all know the answer to that. Please, just stop.

My point of this whole rant is that I wish people would just be honest about their experiences and their motivation. Everyone is different and has different opportunities. I have been fortunate to have quite a few opportunities, a lot of them from the choices I’ve made in my life and the work I have put into them. Some people have had more opportunity than me, and some less, but the point is, you should hunt because you love to hunt. Share your pictures and stories because you love to share, not because you want attention, notoriety, or free products.

I’ll caution you, if you dare call out a faker, you will be labeled a meanie, jerk, or bully, followed by a lecture about how hunters need to stick together. Yes we do, but we need to keep self-promotion in the realm of reality, because false claims and self-promoting exploitation is ultimately more divisive. Would you call bullies those actual soldiers who call out some punk wearing the uniform and decorations they worked for and earned?

If you think I’m full of it about this (or anything else), call me out directly, and we can go from there. I think being honest and keeping each other in check is more of a move towards “sticking together” than ignoring the issue.

So go ahead and wear your “stripes,” but make sure you earn them first.