4 Tips to Help You Master the Rabbit Target 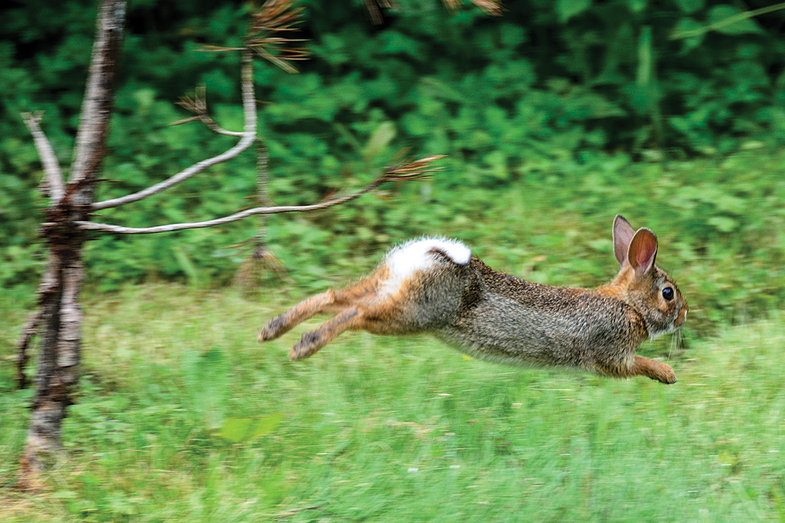 Most shotgunners are adequately equipped to break targets that fly through the air. After all, trap, skeet, and sporting clays presentations all rely on the same principles—you must swing through the target, shoot at the right time, and follow through. The angle, speed, and distance to the target changes, but the basic physics doesn’t. However, there is one target that breaks all the rules—the rabbit.

Bounding across uneven ground, changing speeds, and alternating between straight-line rolls and spasmodic arches, the infamous rabbit can be the bane of even the best shooters. It doesn’t follow a pattern, and it can make you look like a fool so quickly and so absolutely that more than one shooter has waited until the disc stopped rolling to take vengeance on the stationary bunny.

You rabbit haters out there, take heart. David Judah, an NSSA Level III instructor and the lead instructor at the Homestead Resort in Hot Springs, Virginia, shares your pain. The rabbit is tough to hit, and it’s a tough target to teach. But Judah offers up these important tips to remember the next time you face the demon rabbit.

1. Cut the Lead
“Rabbits present somewhat of an optical illusion,” Judah says. “As the shot is taken, the ground explodes with dust and debris into the space surrounding it. As the rabbit passes through, it appears that the shooter missed just behind the target. At this point, any additional lead will simply compound the error. A good general rule is to take as little lead as possible while moving slowly through the target.”

2. Use Larger Shot
Sometimes you might hit the target without actually breaking it. “Try to avoid small shot sizes, like 9,” Judah says. He prefers to use 7 ½ shot, which will create visible breaks so you won’t “dust” the target.

“If you look at the unbroken targets on the field, you will see some with small holes in them because the shot was not large enough to shatter it.”

3. Find a Good Spotter
One of the best ways to improve your game on rabbits is to find a friend to help identify the problem. But he needs to understand the illusion that rabbit presents.

“Shooters should make sure anyone spotting the misses is making the correct call. Of course, rabbits can be missed behind, but the majority of them are missed in front, so good calls are very important.”

4. Slow Your Roll
All targets slow in flight, but no decrease in speed is as dramatic with flying targets as it is with rabbits.

“Remember that the friction of the ground under the target is slowing the target down considerably as it rolls along, so a nice slow swing will be far better than a rushed attempt,” says Judah.

1. Federal Game-Shok Upland / These budget-friendly loads are available in a wide variety of gauges and shot sizes. The 20-gauge 1 ounce load of No. 6 shot is one of the best.
2. Hornady 17 HMR V-Max / If you’re hunting without dogs, the mild .17 HMR provides killing power and reach for long shots.
3. Gamo .22 Caliber Rocket Pellets / Pellet rifles are cheap to shoot, light to carry, and deadly accurate, and they provide consistent kills out to moderate ranges.
4. CCI Quiet 22 / The CCI Quiet 22 offers killing power with minimal noise.
5. Winchester Super-X Game Loads / There are a host of loads in this line, from ½ ounce .410 to powerful 1 ¼ oz. 12-gauge loads, with shot sizes ranging from 4 to 8.