For outdoorsmen, 2011 should be remembered as the year of the wolf. After decades of legal battles that kept management... 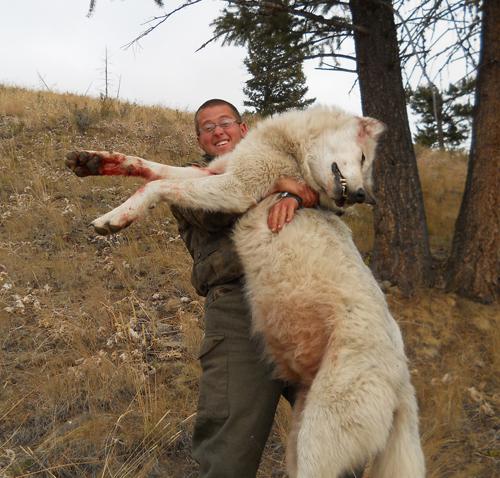 For outdoorsmen, 2011 should be remembered as the year of the wolf. After decades of legal battles that kept management of recovered grey wolf populations in limbo, wolf management responsibilities were finally given back to state governments in a handful of regions. Here’s a quick recap of what happened with Canis Lupus last year.

In February 2011, politicians, Republican and Democrat alike, pushed to get wolves off the Endangered Species List. In a tricky, but savvy move, Senator Jon Tester D-MT and Representative Mike Simpson R-ID attached riders to last April’s federal budget bill to delist wolves in Idaho and Montana. It worked, and they crafted it so lawsuits by environmentalists would be hard-pressed to overturn it.

And just before the New Year, the Obama administration removed wolves of the Great Lakes region from the endangered list. In both the Northern Rockies and the Great Lakes, wolf populations have exceeded their recovery goals, paving the way for hunters and trappers to help keep the populations in check–at least in Montana and Idaho for now.

Last fall, Montana and Idaho opened seasons on wolves. Idaho set no quota on its estimated 1,000 wolves. To date, Montana hunters have killed 122 wolves and have until February 15 to bag nearly 100 more. Unlike Montana, Idaho has opened up its backcountry to wolf trappers who have taken 24 wolves, while hunters there have killed 173. Most of their season runs through Mar 31.

After only the second wolf season in decades, hunters in the lower 48 are beginning to discover just how difficult wolf hunting can be. Brandon Anderson is a guide with Mile High Outfitters out of Challis, Idaho. In the photo above, he holds up a massive 130-pound wolf shot by one of his clients. Travis Bullock, owner of Mile High, says wolves are a tough hunt and even tougher to kill. “They’re tough to hunt because they travel and roam around so much. And don’t think a .223 at a distance will do it,” he says. “I don’t think I’ve ever shot an animal that can take lead like a wolf.”
**
More Wolf News**
Minnesota Considers First Wolf Hunt in 35 Years
Wolves in the Great Lakes Region Taken Off Endangered Species List
An Honest Look at the Wolf: What the Nature Shows Don’t Tell You
Montana Approves Wolf Hunt for Fall 2011
Montana Hunter Takes Wolf With Bow, First in Recent History