Three teenagers got the thrill – or scare depending upon your interpretation – of their life when a giant shark... 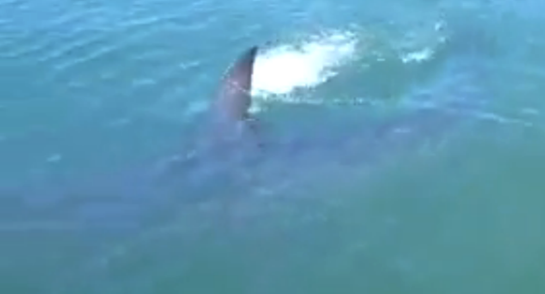 Three teenagers got the thrill – or scare depending upon your interpretation – of their life when a giant shark attacked a smaller shark one of the boys was reeling in.

According to Perth Now, the three were fishing off the Florida coast last year when one of the young men hooked into a fairly good-sized shark. A dark form suddenly appeared from beneath the boat to engulf the struggling fish. The trio screamed wildly during the encounter as the unidentified form rolled over and over in attack. One boy, identified only as Brian, attempted to bait the attacking entity to keep it in front of the camera. This dance of stupidity is overshadowed by cameraman Mikah as he yells “Oh my God” an astounding 32 times during the course of the three-minute video.

That’s over 10 utterings per minute!

How would you have reacted to this encounter? Would you have baited the beast? Or screamed “Oh my God” 32 times? And what do you think the attacking predator is? I vote killer whale.