Minnesota Angler Catches Potential State Record, But Can’t Register it Because of Regulation

Last month Don Mickel, a professional fishing guide, caught a 35.1-inch walleye on the Rainy River in Minnesota. With a... 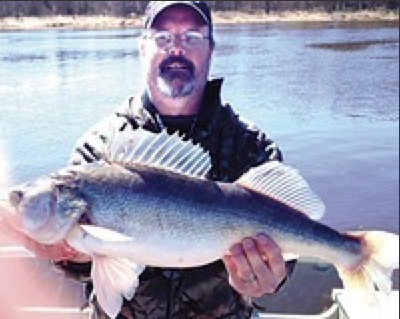 Last month Don Mickel, a professional fishing guide, caught a 35.1-inch walleye on the Rainy River in Minnesota. With a 24.25-inch girth, the fish tipped 17.9 pounds on Mickel’s hand scale and he knew he had a potential record in the boat.

The current Minnesota walleye state record stands at 17.8 pounds and was caught in 1979. That fish measured 35.8 inches in length but only had a 21.3-inch girth.

But the stretch of river that Mickel was fishing has strict regulations of only two fish per angler with a maximum length limit of 19.5 inches. So, even though Mickel had what he thought was a state record fish in his livewell, he had to throw it back.

“As soon as I caught and measured the walleye I called the DNR, told them that I might have the state record and asked them what to do,” Mickel told the Park Rapids Enterprise. “They told me that the walleye was a catch-and-release fish and that, because of the regulation, it had to be released and couldn’t be recognized as a state record.”

On the upside, Mickel still earned himself one hell of a fish story and at the same time gave another angler the opportunity to catch a monster walleye.