The Quality Deer Management Association (QDMA) recently surveyed fish and wildlife agencies nationwide on a number of deer issues. One of the more important ones was the future of deer management and hunting. Here's what professional wildlife managers listed as the top threats to whitetail deer management. 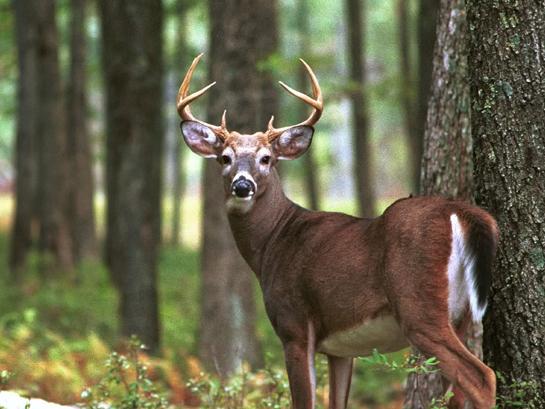 The Quality Deer Management Association (QDMA) recently surveyed fish and wildlife agencies nationwide on a number of deer issues. One of the more important ones was the future of deer management and hunting. Here’s what professional wildlife managers listed as the top threats to whitetail deer management.

#1 – Hunter access
Professional deer managers are in universal agreement that access to good hunting land is a major threat to the future of deer hunting. Hunting properties that were once accessible with a knock on a door and a “please and thank you” are now under private lease or owned by hunters. Other lands are closed to hunters for a variety of reasons. Public land hunting ranges from so-so to terrible across most of whitetail country, which discourages many would-be deer hunters. Bottom line: Fewer places to hunt means fewer hunters.

#2 – Habitat Change
Whitetail deer live in a world that’s 6 feet high. What happens above 6 feet is relatively meaningless to a whitetail. America’s woodlands were cut heavily during the early part of the last century. Trees on the ground meant food for deer as dormant seeds sprouted with welcome sunlight. Woodlands are no longer being cut like they once were. Forests are rapidly maturing and mature forests mean fewer deer. Deer habitat is also being lost to development. This, combined with intensive agribusiness practices, means a loss of important deer habitat.
**

The highly successful North American Wildlife Model calls for wildlife to be managed by scientists–not politicians. Hunting is the cornerstone of the North American Model; unfortunately, not everyone understands that. That’s where the politicians come in, politicians who sway in the winds of reelection. They get involved in wildlife management issues and can make a mess of things. One of their biggest vices is funding, or the lack thereof. The quickest way to kill a good wildlife management program is to cut funding. Sadly, in this spend-nothing era, wildlife funds are getting raided or cut completely.
**

Hunter numbers are declining even with the occasional upward tic caused by a change in how license numbers are tallied or the creation of a new hunting opportunity. When hunting license sales decline, so do the dollars needed to manage wildlife. Without scientific management and wildlife law enforcement, deer herds suffer. Without numbers and critical mass, we will be easy pickings for the antis. Without man as predator, wildlife numbers would explode and wreak havoc on everything from roadways and croplands to forests and landscape plantings. Show me a hunter who’s happy about having fewer hunters to share the woods with and I will show you a fool.

#5 – Disease
Whitetail diseases have been around for centuries, but in recent years a number of them have begun to hurt deer populations. Last year epizootic hemorrhagic disease (EHD) was reported in virtually every important deer state in the country, including some states that have never experienced EHD before. States like Michigan, Ohio, and Kentucky recently reported significant EHD impacts. Chronic wasting disease (CWD) is now in 22 states and spreading. CWD has been associated with captive deer but it’s highly contagious and is a wild deer killer. Transporting captive deer across state lines is now illegal in most areas but it is reportedly still occurring under the cover of darkness, and contributes to the spread of disease and death of wild deer in many parts of the country.