Michigan Wolf Hunt: An Inside-Look at the Battle Against the Humane Society of the United States

Editor’s Note: This is the first of a 2-part series on the battle with the Humane Society of the United... 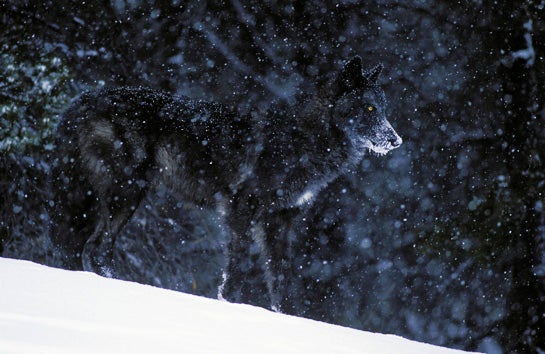 Editor’s Note: This is the first of a 2-part series on the battle with the Humane Society of the United States over opening a wolf season in Michigan.

I live in Michigan. My state is home of about a million deer hunters and a population of at least 700 grey wolves that can be described as nothing less than a conservation triumph.

About 50 years ago, grey wolves were all but extinct in the state.Today, the wolf population is growing and vibrant. It’s a population that is a direct result of science-based wildlife management and the North American Model of Wildlife Conservation.

Michigan’s wolf population is also the subject of the latest anti-hunting effort by the Humane Society of the United States. And it’s a tale that can only be fully told by an inside source. See, I’m part of an organization — Michigan United Conservation Clubs — that is very much the tip of the spear aimed at stopping HSUS in Michigan.

This battle over wolves isn’t just about wolves. In fact, it’s much more than that. It’s freedom of choice. It’s about allowing the will of the people to stand. And it’s very much about Outdoor Life’s Open Country program. But to truly understand what’s going on with wolf management in the state, you first have to understand the backstory.

Exceeding recovery goals
Michigan’s wolf population was protected under the Endangered Species Act until 2012 when the U.S. Fish & Wildlife Service removed wolves from the list of endangered species.

That goal was achieved in 1999. By 2000, there were more than 200 wolves in Michigan’s Upper Peninsula alone – surpassing the USFWS’ recovery threshold by 100 percent.

That goal was met in 2004 and the USFWS then recommended that wolves be removed from the endangered species list.

HSUS and its anti-hunting pals at the Center for Biological Diversity spent millions of dollars in 2005 on a federal district court lawsuit that led to wolves remaining on the endangered species list. At the time, Michigan’s wolf population was roughly 500 percent above recovery goals.

In 2007, the USFWS recommended wolves once again be removed from the endangered species list. And, in 2008, HSUS again sued and wolves were again placed on the list. Michigan’s wolf population was approximately 600 percent above recovery goals at this point.

In 2009, the U.S. Fish and Wildlife Service formally removed the Great Lakes population of grey wolves from the endangered species list. Less than a year later, wolves were back on the ESA list after yet another HSUS lawsuit. Michigan’s wolf population was approximately 700 percent above recovery goals by now.

In 2012, the USFWS was finally successful at removing wolves from the endangered designation. As part of that delisting, Michigan was required to submit a management plan to ensure the long-term viability of wolves in the state. That plan, which was approved by the USFWS and signed off on by all groups participating in its creation, includes the option for a public hunting season to help deal with wolf-human conflicts as needed.

Politics of preservation
In 1996, Michigan’s voters overwhelmingly supported the passage of Proposal G, which requires that all Michigan wildlife be managed based on sound science. This measure was passed in response to a ballot referendum that was attempting to ban bear hunting in Michigan. That anti-hunting measure was funded and managed by a group called Fund For Animals, an organization headed up by Wayne Pacelle.

Yes, that Wayne Pacelle. The same guy who now heads up HSUS.

In order to fully implement the wolf management plan that was required as part of the USFWS’ delisting and to ensure that the will of Michigan voters who supported Proposal G was upheld, the Michigan legislature needed to add wolves to Michigan’s list of game species. Doing so would then allow the Michigan Natural Resources Commission and the Michigan DNR to begin the process of active, science-based management including a hunting season if necessary.

The moment the legislature added wolves to the list of game species, Pacelle and his ilk flew to Michigan to hold a rally and announce a ballot referendum designed to repeal the law.

From the moment their trumped-up media conference began, it was very clear that they not only had very minimal understanding of wolves or wildlife management, they had no interest in the long-term viability of wolves or in telling Michigan voters the truth.

Check out the Open Country blog next week for the story on how the Michigan United Conservation Clubs and other sportsmen are fighting HSUS to open wolf hunting in Michigan. Also, see how this political battle relates to the public’s access to natural resources.