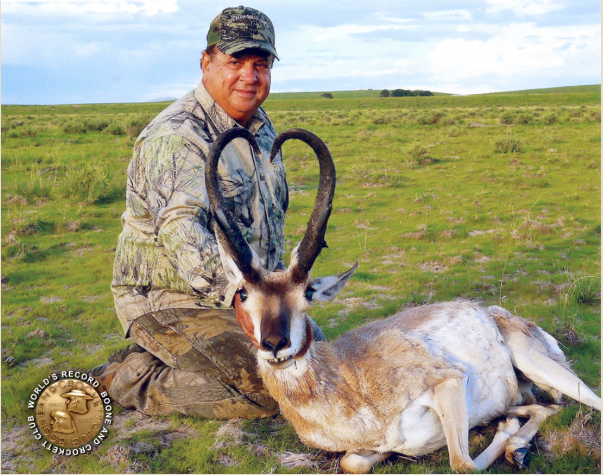 A long-standing first place tie in the Boone and Crockett Club record book has been broken.

Boone and Crockett announced this month that a huge pronghorn antelope taken by Mike Gallo in Socorro County, N.M. in 2013 is the new number one. Gallo’s buck scored 96-4/8 B&C points, far above the previous pronghorns tied for number one that measured 95 inches. Those animals, both from Arizona, were taken in Coconino County in 2000 and in Mohave County in 2002.

Richard Hale, chairman of the club’s Records of North American Big Game Committee, commended Gallo on his tremendous accomplishment. “Congratulations to Mr. Gallo on a tremendous animal and a tip of the cap to the New Mexico Department of Fish and Game and to the sportsmen and sportswomen of that state for their stewardship of this iconic North American species,”

Hale also reminded news outlets how such a huge animal came to be. “Records reflect success in big-game conservation,” Hale said. “Remember, the pronghorn was once nearly lost, much like the bison, until sportsmen led an era of wildlife recovery. Now the species is flourishing. And the fact that such incredible specimens exist today says a lot about how far we have come, and how bright the future might be.”