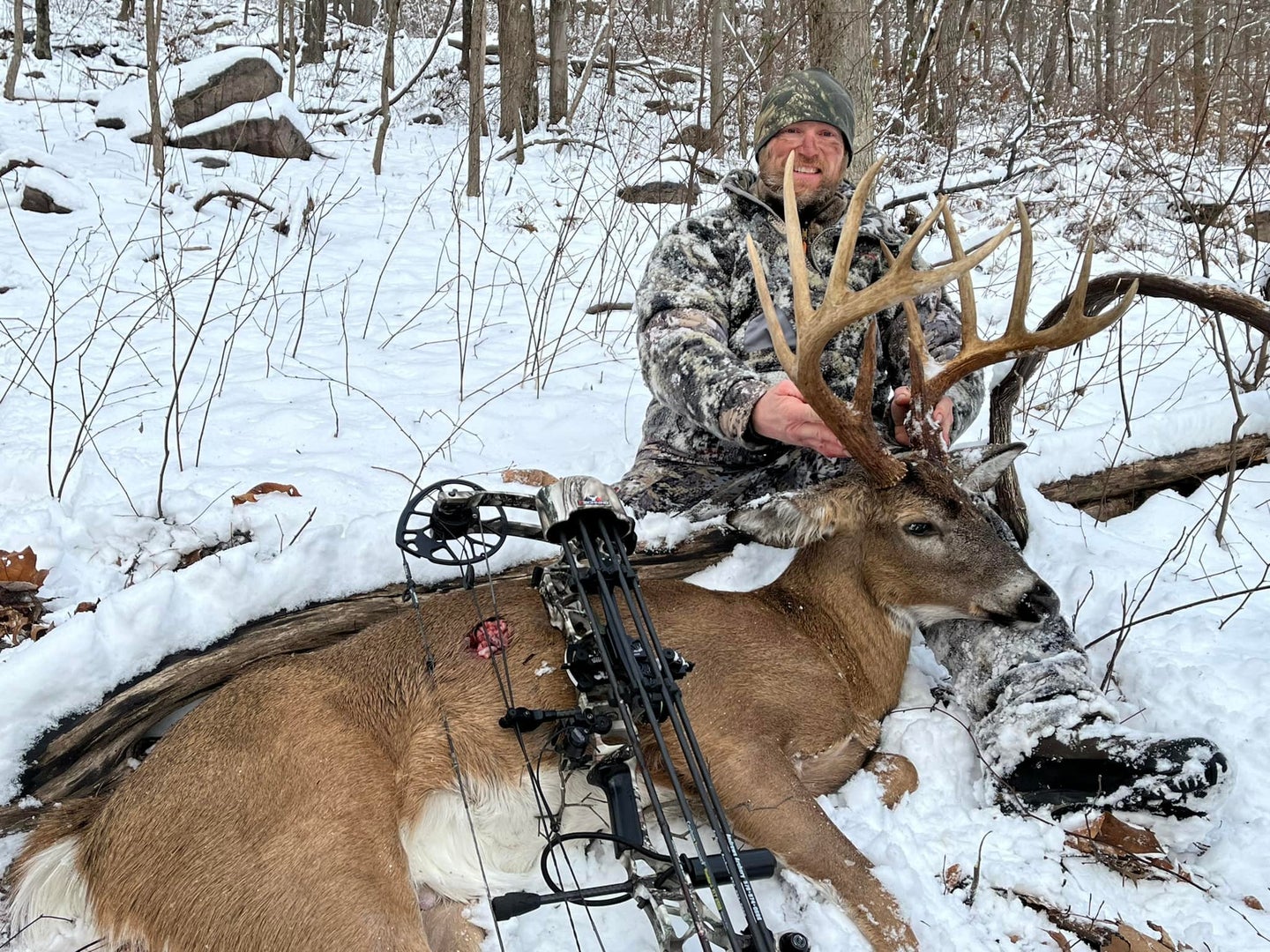 The pandemic hit Dwayne Kroh’s family hard in 2021. Between Covid-19 infections and a busy work schedule, Kroh didn’t get to deer hunt Pennsylvania much until long after the rut was over. It all came together though on Jan. 7, 2022, just 10 days before the end of Pennsylvania’s bow season.

According to the Courier Times, Kroh, 45, was hunting a WMA in Schuylkill County. The public tract northeast of Harrisburg sees a lot of pressure throughout the season, but Kroh figured there wouldn’t be too many hunters left in the woods on this frigid morning.

It was snowing when Kroh entered the timber before daylight. He found fresh deer beds in the snow as he moved to a favorite hunting location. At dawn, Kroh spotted some does along a trail and moved closer. If a buck came along he wanted to be within bow range. Using a large tree for cover, Kroh watched and waited near the trail. At 9 a.m. he spotted a big buck moving through the woods at about 50 yards. It’s body looked thin, likely worn down from the rut, but he could easily tell from the size of its rack it was a mature deer. He took off his gloves, anticipating a shot. The buck worked its way through cover and when the deer was under 20 yards away Kroh came to full draw and released an arrow. The shaft hit its mark and the buck traveled only a short distance before it crashed.

“It was really something,” Kroh told the Courier Times.

“I didn’t get out in rifle season; I was just due,” he said. “This is my first buck in the late season. He’s a dandy. They don’t come along like this every year.”

Read Next: Mark Drury Tags a Massive Late-Season Buck After Hunting Him for 4 Seasons

Kroh wrote on his Facebook page that he never dreamed the buck would be as big as it turned out. It has 12 points with a nearly 17-inch inside rack spread, and a green gross score of 174 inches.

Pope and Young requires a typical-rack whitetail to score 125 inches to be included in its big-game record book. After a 60-day drying period, there’s little question that Kroh’s symmetrical 12-pointer will make P&Y. In order for a typical-rack buck to be included for the prestigious Boone & Crockett record book (keeper of all big game trophies by any hunting method) it needs to measure 170 inches, which means Kroh’s buck may make that book, too.