Didn’t Draw a Tag? Here are 3 of the Best States to Hunt Last-Minute Pronghorn

These three states have plenty of goats, access, and OTC tags 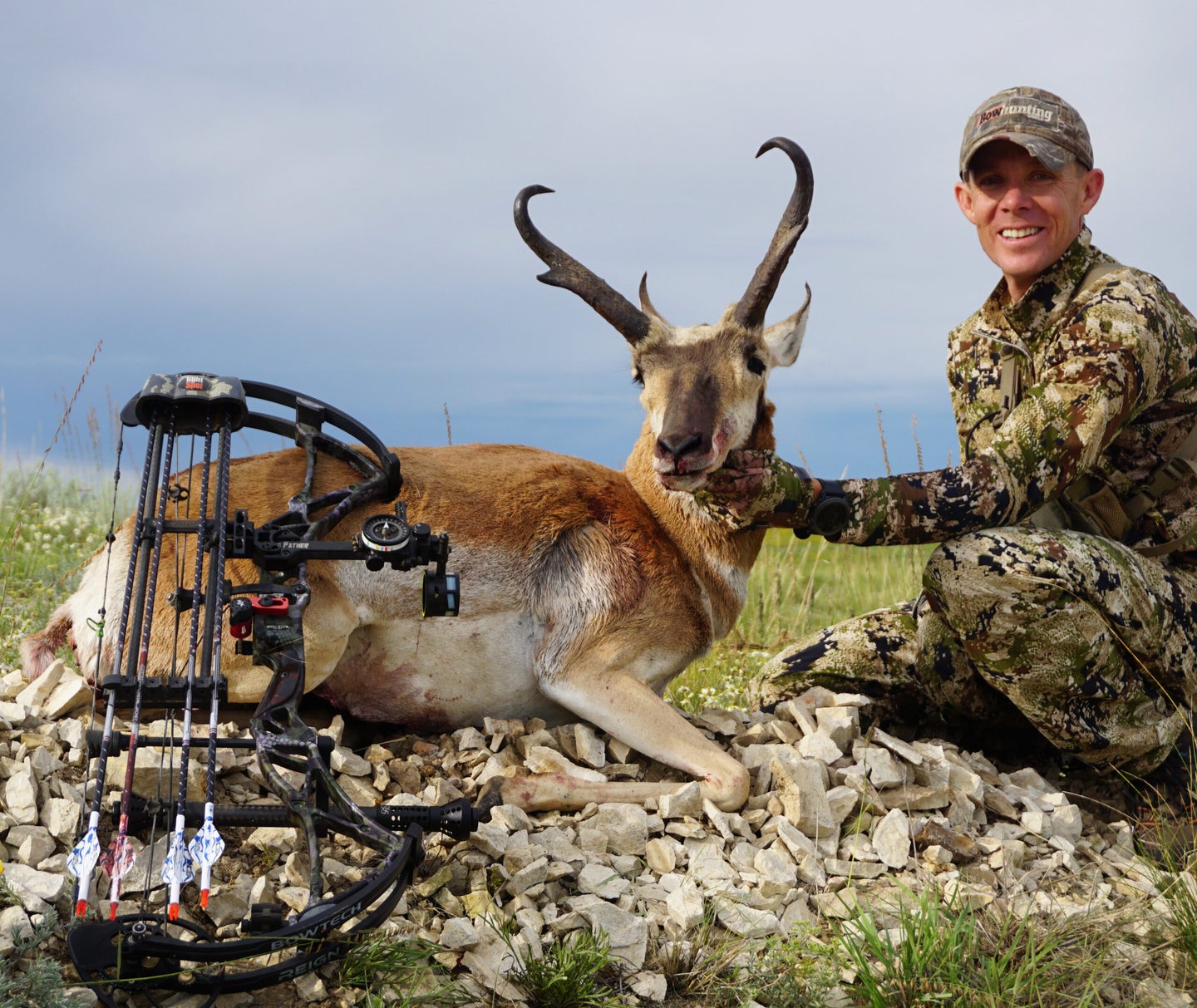 In my experience pronghorn are one of the least sought after western big-game animals by hunters. They’ve gotten a bad rap as stinky critters whose meat falls far below the quality of mule deer and elk. And maybe a pronghorn backstrap isn’t as tasty as a bull elk’s, but cared for and cooked properly, it’s a damn fine meal. This is all good news for you, because since they are overlooked by a lot of hunters, you can still snag a last-minute pronghorn tag.

“Speed goats” offer hunters multiple opportunities. It’s nothing like hunting whitetails from a treestand, where you may only get one opportunity the entire season to kill a buck. If you get busted on an antelope stalk, simply glass up another pronghorn and go after it. I know too many folks that don’t draw a mule deer or elk tag and sit at home. Well, if you want a challenge, and want to put meat in the freezer, there are three states with great over-the-counter options for antelope. It might not be the species you were after, but I’ll guarantee you will never miss another antelope season if you head west for pronghorn this fall.

Known for giant whitetails and a remarkable turkey population, the Cornhusker State gets overlooked for antelope. Populous in the northwest, especially in Sioux and Dawes counties and in the state’s far northwest corner north of the town of Crawford, hunters who do their homework in these locales will be in for a grand adventure. Rifle tags can be applied for, but are sold out at this point. Put that in your memory bank for next year.

Resident and nonresident archery hunters, however, can purchase a tag over-the-counter. The cost of a nonresident permit is $201, and youth archery permits are just $8 for residents and nonresidents. Archery season runs from Aug. 20 to Dec. 31. That’s plenty of time to arrow a buck. If you’re hunting the northwest corner during the fall turkey season, go ahead and purchase a turkey tag too.

There is plenty of public-land opportunity. The Ogalla National Grasslands stretch 94,000 acres. There are also Walk-In Access areas and plenty of BLM land, so chances are good you’ll find a buck to go after. Visit Nebraska Game & Parks to find access to the state’s 1.2 million acres of huntable land.

I’ve spent plenty of time in South Dakota, and have found healthy pronghorn populations in the northwest and southwest parts of the state. The Buffalo Gap National Grasslands provide great habitat for speed goats in the southwest and lets willing hunters wander off the beaten path. Look to areas in Fall River County, and you’ll find plenty of pronghorn. This area of the state is also home to lots of Walk-In Access, and before making the trip, hunters should look at South Dakota’s Public Hunting Atlas. This tool is invaluable and shows all public land areas across the state.

Those wanting to hunt the northwest should take a strong look at public areas in Harding and Butte counties. Pronghorn numbers in these counties are traditionally very high, and public-land opportunities abound.

Like Nebraska, rifle hunters will need to apply for a tag, but archery hunters can hunt from Aug. 21 to Oct. 1 with an over-the-counter statewide archery permit. Bowhunters cannot hunt during the rifle season, which runs from Oct. 2 to 17. A buck tag will set you back $280, which is very reasonable compared to other pronghorn-rich states.

Read Next: The 5 Best Antelope Cartridges

Better known for its legendary elk population, there are a fair number of pronghorn spread across the state as well. All rifle tags come via a draw process during early April, but hunters should check Colorado’s current Leftover List. It’s not uncommon for a rifle tag to get turned in, and once it is, that tag is added to the Leftover List and available on a first-come-first-serve basis. There are also plenty of leftover doe tags.

Like Nebraska and South Dakota, resident and nonresident archery hunters can purchase an over-the-counter tag. However, this tag does not provide access to all of the state’s game management units. Be sure to visit Colorado’s Hunt Planner and Big Game Regulations guide to view OTC units. There are piles of them in the southeast and northeast parts of the state. Access is plentiful in the Grasslands, BLM, and Walk-In Access units.

A nonresident archery tag will set you back $412.61, but that includes a fishing combo license, and the state is a trout and warm-water fishing mecca. The archery season runs from Aug. 15 to Sept. 20.

Muzzleloader hunters should take note of Colorado’s season dates, which occur from Sept. 21 to 29, during peak rut. Tags must be applied for and are unit-specific, but if you put your name in the hat, chances are good you’ll pull a tag.