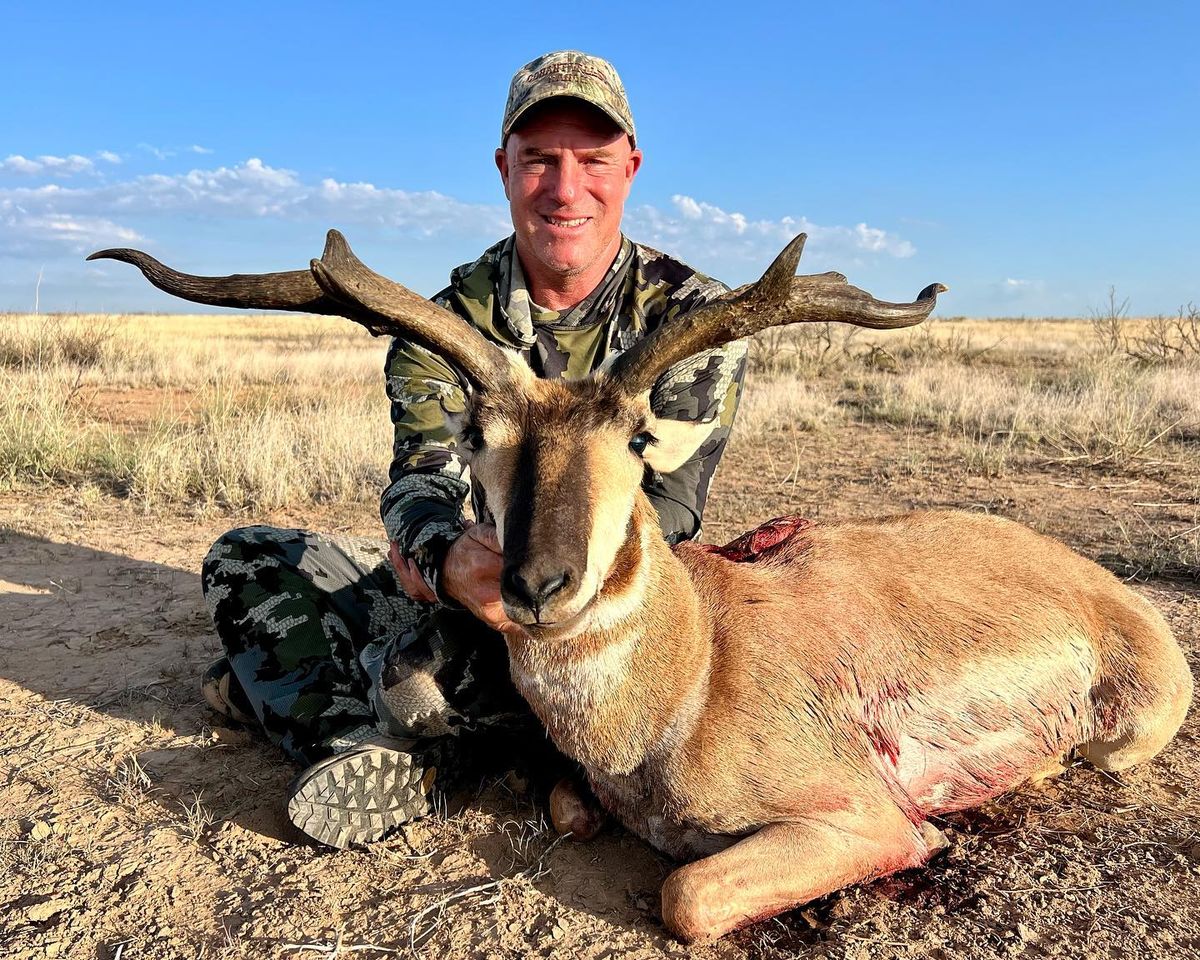 Hank Osterkamp killed his first pronghorn on a trip to Idaho when he was 12 years old. The hunter from southern California has chased plenty of antelope since then, and when he headed to New Mexico for a trip with Pronghorn Guide Service last month, he and his guide David Brown already had a target buck in mind. With Brown pointing him in the right direction, Osterkamp was able to drop the nearly 30-inch-wide pronghorn within the first 15 minutes of opening day.

The buck they nicknamed “Chopper” is a freak of nature (in a good way) by pronghorn standards. Instead of pointing up and curving gracefully inward, its horns splay out horizontally (sort of like the blades on a helicopter). The buck has an inside spread of 29 and ¾ inches from tip to tip. With roughly 84 inches of antler in total, Osterkamp says the non-typical buck was exactly what he was looking for.

“He was just a giant in every sense of the word,” Osterkamp says. “A giant super freak, you know. For some reason I’ve always just been in love with the freaks.”

Osterkamp says he’d hunted with Brown before, who helped him kill his biggest pronghorn to date with a private landowner tag back in 2017. When Osterkamp drew a public land tag in the central part of New Mexico earlier this year, he was already looking forward to hunting with Brown again.

He says Brown called him up a few weeks before their hunt on Aug. 14 and told him he’d already found a unique looking buck on the chunk of public land they were planning to hunt. He sent Osterkamp a photo of the buck and that was all he needed to see.

“I’m like, ‘Oh my god, that thing’s amazing,’” Osterkamp says, “and I told David, ‘You can stop looking right now. I don’t even want to think about another one.’”

Since Brown had done most of the legwork by the time Osterkamp arrived in central New Mexico, they knew exactly where they were headed on opening morning. The two had glassed the buck the evening before, and when they drove out to the same area before sunrise, the buck hadn’t moved far. They could see Chopper’s blades from a mile away.

By 15 minutes after shooting light, the two had slowly worked their way to within 250 yards or so of the buck. Osterkamp got his Gunwerks 28 Nosler on the shooting sticks and squeezed off a shot. He spined the buck and it dropped in its tracks.

He and Brown rough-scored the buck in the mid-80’s, and Osterkamp says he’ll have a Boone and Crockett scorer look at the rack after the 60-day drying period ends. “He could be a record-book buck even as freaky as he is,” Osterkamp adds.