Bears are smarter than we thought. Russian fisherman Igor Vorozhbitsyn was heading for his favorite honey hole when a brown... 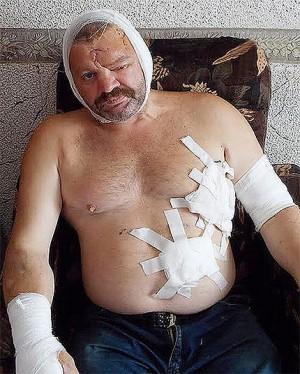 Bears are smarter than we thought.

Russian fisherman Igor Vorozhbitsyn was heading for his favorite honey hole when a brown bear lunged at him, reports the New York Post. Vorozhbitsyn told Central European News, “I had parked my car and was walking towards the spot I’d marked out when there was a tremendous impact on my back and the bear was on top of me.”

Fortunately for the 42-year-old, his phone rang loudly after the bear broke off the attack. “I couldn’t believe my luck when the phone went off and he fled,” Vorozhbitsyn said. “I know that sort of ringtone isn’t to everyone’s taste, but my granddaughter loaded it onto my phone for a joke.”

It was a joke that saved Vorozhbitsyn’s life.

After the bear lumbered off, the mauled angler called for help and was rushed to the hospital. He received treatment for injuries to his head, face, and chest. Phones have proven useful in a few other known bear attacks, including a polar bear attack last year. The bright light from a Manitoba man’s illuminated cell phone screen distracted the bear long enough to make a run for it.