How Terrorism Ruined a Fishing Hole: An Inside-Look at the Fresno Dam Controversy

It’s no secret that the world is a different place since a pair of jetliners guided by cowards slammed into... 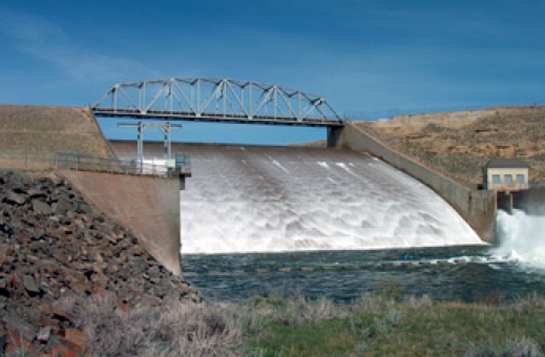 It’s no secret that the world is a different place since a pair of jetliners guided by cowards slammed into the World Trade Center on September 11, 2001.

We can all agree that some added measures of security in places of obvious interest to lunatics intent upon reaping destruction make sense. But where is that line drawn? And at what price?

And how does a rural dam fit in? A dam that lies about 14 miles from any semi-major point of human population and seems unlikely to be much of a target for anything other than a day spent casting a line.

Enter Fresno dam. Located on Montana’s Milk River about 14 miles from Havre (population 9,700) the plunge pool below the dam was once a popular spot for anglers looking to target the abundant pike, walleye and perch populations.{C}

The location provided easy foot access and was used by local residents regularly. Until the Bureau of Reclamation, as part of the increased security measures resulting from the 9/11 attacks, closed access to the dam.

Anglers can still access the pool near the base of the dam. But they must do so much further downstream which makes it all but impossible for shore-bound anglers to partake.

If the Bureau of Reclamation had closed access to all dams across the country, the closure of Fresno Dam may make a bit more sense. I’m not saying it would be any more palatable but it might make the situation more understandable. But not all dams were closed. And lumping a rural dam like Fresno in with dams located near nuclear reactors doesn’t seem to make a whole lot of sense.

In a letter to the Bureau of Reclamation, Tester wrote: “I appreciate the need to protect our nation’s critical infrastructure, but ensuring public access to land and waterways for sportsmen is very important to protect Montana’s economic vitality and rich outdoor tradition,” Tester wrote to Bureau Commissioner Michael Connor. “I expect [the Bureau of Reclamation] to reassess its current security policy and urge them to seek solutions that protect this facility while allowing anglers and sportsmen to regain access to this area.”

Tester’s involvement was spurred by the actions of Havre-area anglers who want nothing more than to access the area they once fished.

These anglers have noted that signs and barriers prevent them from using the dam’s spillway as an access point. But there is no barrier preventing a terrorist from simply hopping in a boat and motoring right on up to the lake side of the dam, bypassing a few orange cones on the way. That same terrorist could also ignore the “No Trespassing” signs and walk on foot to the dam’s spillway.

Only law-abiding citizens are truly prevented access to the dam. The dam is not under constant surveillance by armed guards. It is very much a system of “security” based on the honor system. I don’t know that I’ve heard a terrorist described as “honorable.”

A number of major hydroelectric dams along the Missouri River (which common sense would seem to indicate is a much more inviting target for terrorists) have no fishing restrictions below them.

Increased security measures after 9/11 have hindered angling access to a number of dams across the country, including Conowingo Dam in Lancaster County, Ohio, Cape Canaveral in Florida, the Hudson River in New York. Other restrictions are less clear (or sensible). Last summer, I was stopped while fishing on Lake St. Clair here in Michigan and told that I was no longer allowed to enter the Canadian side of the lake without first contacting the Ontario government and filing a request for entry.

It’s difficult to determine exactly how many dams and fishing access locations have been closed due to increased national security measures and what, exactly, is the criteria used to determine which locations are closed and which remain open.

But in Montana, Sen. Tester’s involvement in the Fresno Dam issue just may cause some positive results, thanks to active anglers such as Kent Kilge, a Montana resident who has spent a lot of time fishing the area. He’s done what most anglers won’t: Taken charge. He’s sent letters to politicians and Bureau of Reclamation officials. He’s organizing area anglers and urging them to speak out. Those efforts gained the ear of Sen. Tester. And that’s a good ear to gain.

Perhaps this issue will just be a starting point and more access closures will be addressed. No red-blooded American angler is looking to put the nation’s security at risk. That goes against everything we stand for. But perhaps Kilge put it best in his letter to Dan Jewell of the Bureau of Reclamation:

“In closing, I would like to point out some accepted ideas about terrorism, foreign and domestic. The terrorist goal(s) is not necessarily to destroy infrastructure or injure and kill innocent people, but to destroy the American way of life by causing us to act irresponsibly out of fear. I personally don’t want to give them that satisfaction when it is unwarranted. We have not had many of our freedoms taken away… We have given them up. The quote from the old Pogo cartoon comes to mind; ‘We have met the enemy… and he is us.’ Please don’t allow this to happen to us and let the terrorists have their way with us.”