His daughter Heather Keane Thomas sent word on April 30: “With a heavy heart, I have some sad news. My... 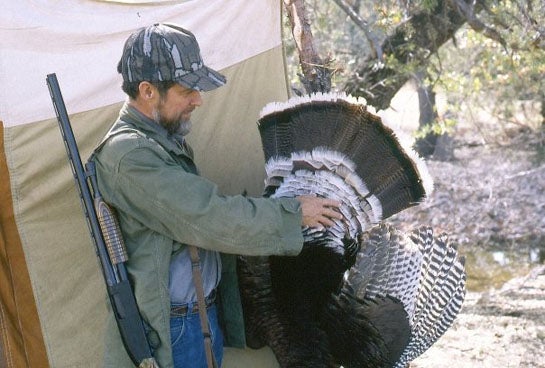 His daughter Heather Keane Thomas sent word on April 30: “With a heavy heart, I have some sad news. My father Lovett Williams passed away this afternoon after a prolonged illness.”

To many of us in the turkey hunting world he was a true legend: an icon, a man whose words on the wild bird we love (and love to hunt) was something close to gospel. You didn’t doubt him. He’d studied the wild turkey all his life, and hunted them as hard as anyone you or I know; not only here in the states, but also in Mexico, where his work on both the Ocellated and Gould’s turkeys was ground-breaking (his two books on each are must-reads for World Slam planners).

He grew up in rural northern Florida, studied zoology at Florida State University (B.S.), game management at Auburn University (M.S.) and wildlife ecology at the University of Florida where he earned a Ph.D. But don’t let all this academic study fool you. Likely the most knowing wild turkey biologist on the planet, he was also as funny and down-to-earth as any turkey hunter. His true gift was writing in a way that taught you plenty but also made you grin.

Lovett E. Williams, Jr. was not only an influential biologist and staunch advocate for the wild turkey–he worked for the Florida Game and Fresh Water Fish Commission for 24 years, and served as Chief of the Florida Bureau of Wildlife Research–but also one of our greatest authors and writers on the subject; an avid wingbone callmaker too and calling innovator for Ocellated birds.

It’s safe to say there have been no greater contributions to wild turkey restoration and research than Lovett’s considerable efforts. Rare is the biologist who can convey the true love one has for the bird as well as hunting it. As he wrote in his excellent book, “The Art & Science of Wild Turkey Hunting”:

The successful hunter should have the good sense to take advantage of information available in books and magazines and at seminars but to become a seasoned turkey hunter he must also figure out a few things for himself. For me, that has always been the most fascinating part of turkey hunting. Every experience in the woods is full of potentially new discoveries.

It’s difficult to imagine the wild turkey world without him–he’ll be missed. Then again, Lovett Williams will always be with us in his books, audio recordings, DVDs, and dog-eared copies of magazines devoted to the wild turkey to which he contributed. Haven’t read his work or listened to his audio recordings? Every serious turkey hunter should make this a priority. His website, now managed by his daughter Heather, is: lovettwilliams.com.

The memorial service will be held in Gainesville, Fla., this weekend. And for those of his distant friends and acquaintances who can’t make it, we’ll celebrate his life’s work in the spring turkey woods. R.I.P., Lovett.