The humble match is a must-have item for emergency fire starting, but its history is far more complex than this... 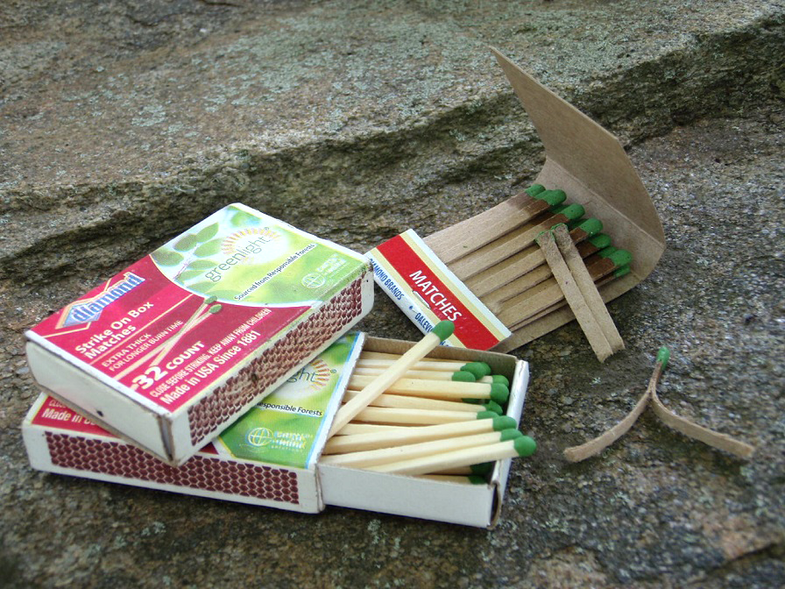 It's great to have a bunch of matches at your disposal, but you only need one to light a fire. Tim MacWelch
SHARE

The humble match is a must-have item for emergency fire starting, but its history is far more complex than this simple item suggests. Even though they’re inexpensive (or are given out for free) today, matches were once dangerous, rare, and expensive. The most common form of the modern match is a small wooden stick or cardboard strip with a blob of flammable material at the end. This material can ignite into flame when drawn across the right rough surface. Also known as friction matches, modern matches fall into two categories: safety matches (which only work when struck against a special surface) and strike-anywhere matches (which can be scraped on virtually any rough dry surface). But that’s not all there is to know.

1. Matches Are Old
Matches became common and affordable in the 1800’s, but they predate that time period by more than a millennium. The early Chinese were using a crude sulfur match as far back as the year 577, according to several Chinese chroniclers. These early matches were small splinters of pine which were impregnated with sulfur. Oddly enough, these were for emergency use – intended to light lamps quickly during nighttime predicaments. Later, when Marco Polo made his famous trip to Asia in the late 1200’s, matches were a common marketplace item called “fire inch sticks.”

2. Matches Aren’t Just Sticks
If you’ve ever studied the matchlock rifle or cannons, then you know that a “match” isn’t just a chemical tipped stick. The historic term “match” refers to rope or cord with a smoldering ember at the end. These glowing cords were used to fire guns and cannon (and sometimes to light a fire). There have been many versions of these smoldering cords, some with chemicals added to speed up the burn (like a fuse for pyrotechnics). But they all share a common heritage and name. The word “match” comes from the Old French word “mèche”, which means candle wick.

3. Matches Are the Result Of Alchemy
Today, most people think of tiny sticks with bulbous chemical heads when we start talking about matches. And almost everyone understands that matches ignite by the frictional heat created when we drag the match head against the right surface. But most people don’t know that today’s match has roots all the way back to early chemistry and alchemy. European alchemist Hennig Brandt discovered how to isolate flammable phosphorus in 1669, during his quest to turn baser materials into gold. Brandt allowed a vat of urine to stand until putrid. Then he boiled down the ammonia-scented liquid, and evaporated the resulting paste. The end product was a waxy white form of phosphorus, which glowed in the dark and was highly flammable. White phosphorus was later used in 19th century matches until its toxicity became apparent. Manufacturers then switched over to a safer red phosphorus formula, close to the match formula used today.

Are matches your go-to fire starter? Or do you prefer something else? Did you enjoy this trip down history lane? Please let us know in the comments.