Hunting Gear: Is This the Ultimate Sock?

How much would you pay for a pair of really good hunting socks? No more than $10? I’m afraid those... 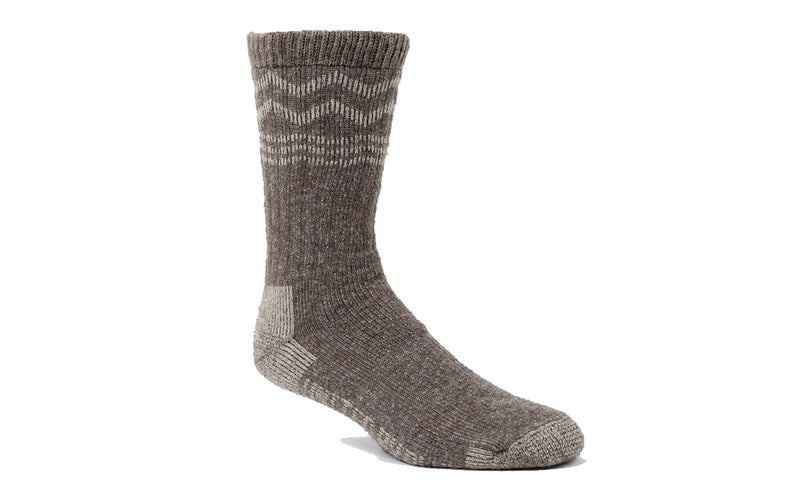 How much would you pay for a pair of really good hunting socks? No more than $10? I’m afraid those don’t exist.

Most of the quality wool socks currently on the market fall in the $18 to $30 range. I’m a big fan of the socks produced by Fits, Farm to Feet, and Darn Tough. But would you consider spending $40 on socks? The folks at United By Blue think you will.

This Philadelphia-based company that, judging from their website, caters to the more “urban” outdoorsman has introduced what it’s calling the Ultimate American Sock, made of bison down and retailing for $38 a pair. However, through their Kickstarter campaign you can stake a claim to a pair for just $25. Unfortunately, they won’t ship until February or March (the first batch, which ships in December, was snatched up in 36 hours), but considering that most of the country is already in the deepfreeze, this winter probably won’t end until June anyway and you’ll have plenty of opportunities to wear them before the thaw.

So, how does United By Blue justify charging nearly $40 for socks? The answer lies in the scarcity of the key ingredient—a single bison produces just 4 to 6 ounces of down in a year, and one pound of bison down can cost $300. The plush undercoat of an American bison is said to be comparable to cashmere in softness, more durable than merino, and to offer unmatched thermo-regulation and moisture wicking properties.

I’m wearing a pair as I type this at my desk, and I can tell you that they are mighty comfortable. Whether they’re worth $38 will depend how well they perform next week while I’m hunting deer in Central New York.