Sabiki Rigs: The Greatest Rig Ever Made

You may not ever be able to prove it in a court of law, but there is overwhelming evidence indicating... 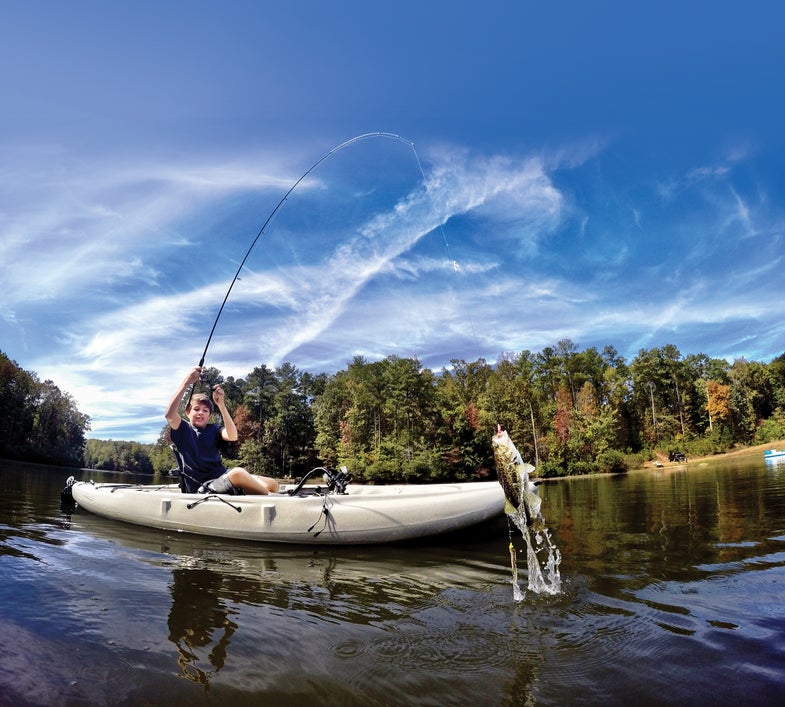 The Sabiki rig is one of the most effective lures of all time. James Brandt
SHARE

You may not ever be able to prove it in a court of law, but there is overwhelming evidence indicating that the Sabiki rig has caught more fish than any other artificial bait on the planet.

While the majority of these rigs are created to catch baitfish, there are larger versions that work very well on trout, bass, panfish, and various predatory species. That effectiveness has been largely ignored—except by those anglers who love to push the envelope. Finding a fisherman, especially one who lives near a coast, who doesn’t use a Sabiki rig to catch baitfish would be difficult. Consider this: Hayabusa Fishing Co. in Japan produces 4 million rigs each year. Also consider this: More than 20 companies manufacture Sabiki rigs. Mustad alone has 120 different varieties. Hayabusa has 900.

The technique for catching fish on a Sabiki is simple, too. Tie the multi-lure rig (sizes 2–4) to your main line, add a weight, and cast to a bait pod. On a good cast, each little fly will return to the boat with a sardine, pogie, or some other little sliver of saltwater deliciousness attempting to vibrate off the tiny hook. But the use of a Sabiki goes well beyond catching bait. Both saltwater and freshwater anglers need to open their minds to the great potential this rig offers.

Before you grab a handful of Sabikis, it is instructive to look at where they came from. Go ahead and Google “history of the Sabiki rig.” You will find almost nothing. And what information is available appears to be wrong. For example, a common misperception is that “sabiki” is the Japanese word for “bait-catching rig” or “to catch bait.” Not so.

Sabiki is simply a brand name. Japanese entrepreneur Hayato Tajiri founded a fishing lure company in 1958, which eventually became Hayabusa Fishing Hooks Co. After starting his company, Tajiri noticed a few anglers tying multiple small jigs and flies to a main line to catch small species of fish. So, in the mid-1960s, he decided to build similar rigs to sell. As the concept started to become more popular in Japan, Tajiri went all-in. He is credited with commercializing these bait-catching rigs (starting off with two versions) in 1974 under the brand name Sabiki. In the decades since, Hayabusa has developed more than 6,000 different versions of the rig. By the 1980s, Sabiki rigs were a staple in Japanese tackle boxes. Although other brands of similar rigs may have popped up in the United States by 1980, Hayabusa didn’t start importing the rigs to America until 1991.

“I’ve been hesitant to mention these rigs,” says Lake Norman guide Craig Price (fishonlake norman.com). “I started my business as a striper guide. However, about 10 years ago, our striped bass population declined sharply. So, to keep the business going, I turned to bass, perch, and catfish. About that same time, I heard someone mention using a Sabiki rig to catch perch, so I started experimenting a little.” That experiment didn’t take long. The first school of perch he dropped a Sabiki on couldn’t resist the little flies. He boated more than 50 in less than an hour.

“Once I figured out the perch would jump on this rig, I started trying different things,” Price says. “Instead of using a regular sinker to weight the rig, I added a jigging spoon, and that really opened my eyes.”

The eye-opening experience was not perch-specific—spotted bass, crappies, and even flathead catfish were attacking the rig.

“I had a kid catch seven spotted bass on one drop. Six fish dangled from the flies, and one had eaten the jigging spoon. I’ve had clients bring up three species at a time [perch, spotted bass, and white bass]. I had a client land a 6-pound flathead on the jigging spoon under the Sabiki. I’m telling you, this rig will catch anything that relates to bait in freshwater,” the 58-year-old guide says.

When employing the Sabiki rig on Lake Norman, Price typically uses the bigger size 10, weighted with a ½-ounce jigging spoon, and paired with a 7-foot spinning outfit and 20-pound braided line. The setup works best when bait is suspending in the 25- to 35-foot zone, with the predator fish positioned below. Price says the key is dropping the rig all the way to the bottom, reeling up about a foot, and then jigging in place 20 to 25 times. Then, reel up a couple of feet and repeat until the rig gets to the boat. Once you get bit, remember that exact depth for the next drop. (Be sure to check state guidelines in freshwater for the maximum number of hooks allowed for the species you are targeting.)

“An exemplary perch for the state of North Carolina is 12 inches. I could wallpaper my house with state awards for the big fish I catch on a Sabiki rig in a single day,” Price says. “It’s that effective.”

When Capt. Billy Miller was employing a Sabiki rig near the pass of Florida’s Fort DeSoto, he was expecting to catch bait—but that’s not what he caught. “I reeled up after getting bit expecting a pogie or two—but instead I boated a 6-inch bonefish!”

Not only was it surprising to see a bonefish in the area, but to catch it on a Sabiki added to the shock. “But in a crazy way, it makes sense. The predator fish near the passes will eat glass minnows and any number of tiny baitfish available. So using a Sabiki to target these species should be considered, although few fishermen think of it,” he says.

“When the trout are just off the beach in the 10- to 20-foot range, you can really abuse them with a Sabiki. Instead of a weight, I’ll add a leadhead jig with a plastic curlytail grub on it. I’ll upgrade to a size 6 or 8 Sabiki for added line strength and hook size. Then, the only trick is locating the fish, which is pretty easy if you know how to read electronics.”

Miller says he often catches multiple silver trout on a single cast. You simply cast the rig out and jig it through the school. If bigger species like redfish or speckled trout are in the area, the curlytail grub will entice strikes.

“The deal is, these rigs are limited only by your imagination. I have friends on the other coast of Florida who slay mackerel with them. You’d be amazed at their versatility.”

“Consider the biomass of the entire ocean,” says Marvel. “When you think about all the fish in saltwater, the tiny ones outweigh the big ones by an incredible margin. Just because a fish is big doesn’t mean it only eats large bait. I’ve opened the stomach of a 300-pound yellowfin to find nothing but 2-inch-long squid and minnows being digested. So, a little Sabiki rig is capable of enticing bites from any fish that feeds in saltwater.”

Marvel’s most memorable catch happened when he dropped a size 8 Mustad Sabiki on a reef in 100 feet of water. He pulled up a 26-inch Gag grouper.

“It’s like you’re presenting a little school of bait,” he says. “When they can suck in a handful, it becomes worth their effort.”