Meanwhile, organizations like Ducks Unlimited and state game agencies are chipping in $116 million to match the USFWS funds 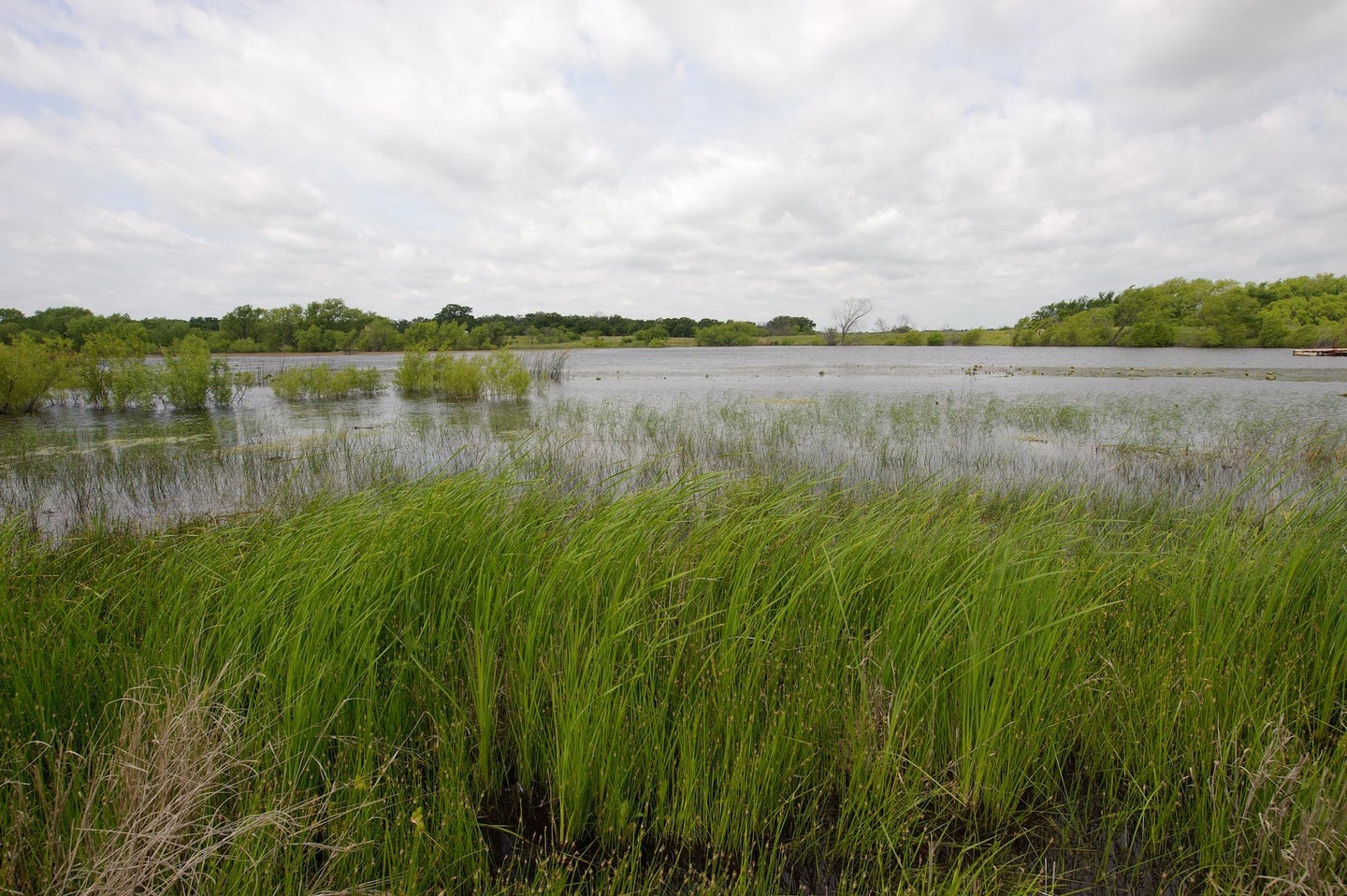 The $95 million for wetlands and wildlife refuges is more than was funded last year. USDA NRCS TX
SHARE

The U.S. Fish and Wildlife Service and its conservation partners will receive funding to conserve or restore more than 300,000 acres of wetland and associated upland habitats, secretary of the interior Deb Haaland announced last week. The Migratory Bird Conservation Commission approved $95 million this year for lands across North America, including Canada and Mexico, which is an increase over 2021.

That amount is funded in two parts: The North American Wetlands Conservation Act provided $78 million in grants, which will be matched by more than $116 million in partner funding from organizations like Ducks Unlimited, the California Waterfowl Association, state game agencies, and more. An additional $17 million from the Migratory Bird Conservation Fund will be used to buy 5,641 acres of waterfowl habitat to expand the San Bernard National Wildlife Refuge in Texas. The new acreage will connect to an 4,800 acres of refuge lands. The expanded refuge will total some 10,000 acres, making it the largest protected piece of Columbia Bottomlands in Brazoria and Matagorda counties.

The funding to conserve and expand the San Bernard National Wildlife Refuge comes mostly from duck stamp sales, as well as import duties on firearms and ammo. Those funds will primarily be used to support public use and hunting programs.

“The acquisition for the San Bernard National Wildlife Refuge is a testament to the ongoing value of the Duck Stamp and funding support for the protection of wetland habitat for waterfowl and numerous other species in the National Wildlife Refuge System,” said USFWS director Martha Williams. “This new area will provide increased public opportunities for wildlife-dependent recreation, including hunting, fishing, and wildlife observation, in this urban national wildlife refuge.”

The bulk of the grants will be used to support projects all over the U.S., including conserving 3,645 acres of migratory bird habitat in Colorado’s San Luis Valley and plugging a man-made canal and revegetating parts of Florida’s Lake Okeechobee and the Everglades. You can find a full list of all the projects (and their price tags) here. The Department of the Interior says these projects help support the Biden Administration’s goal to conserve at least 30 percent of the nation’s lands and waters by 2030.

“The North American Wetlands Conservation Act is one of the most effective tools we have for migratory bird conservation around the country and across our northern and southern borders,” said Haaland. “The investments the Commission made today for these locally-led wetlands and conservation projects will help ensure that birds continue to flourish for the next hundred years and beyond.”

The entire package of $95 million is an increase over the $78 million in grants the Migratory Bird Conservation Commission approved in 2021. Partner funds last year totaled $125 million, however, which is a decrease of $9 million. Last year’s grants funded projects like marsh enhancement in Louisiana and wetland conservation in Montana.