Washington State Just Voted to Cancel Its Spring Black Bear Season, Despite a Population of at Least 25,000 Bears

After months of controversy, the Washington Fish and Wildlife Commission has voted to deny a proposal for a limited-entry black bear hunt this spring 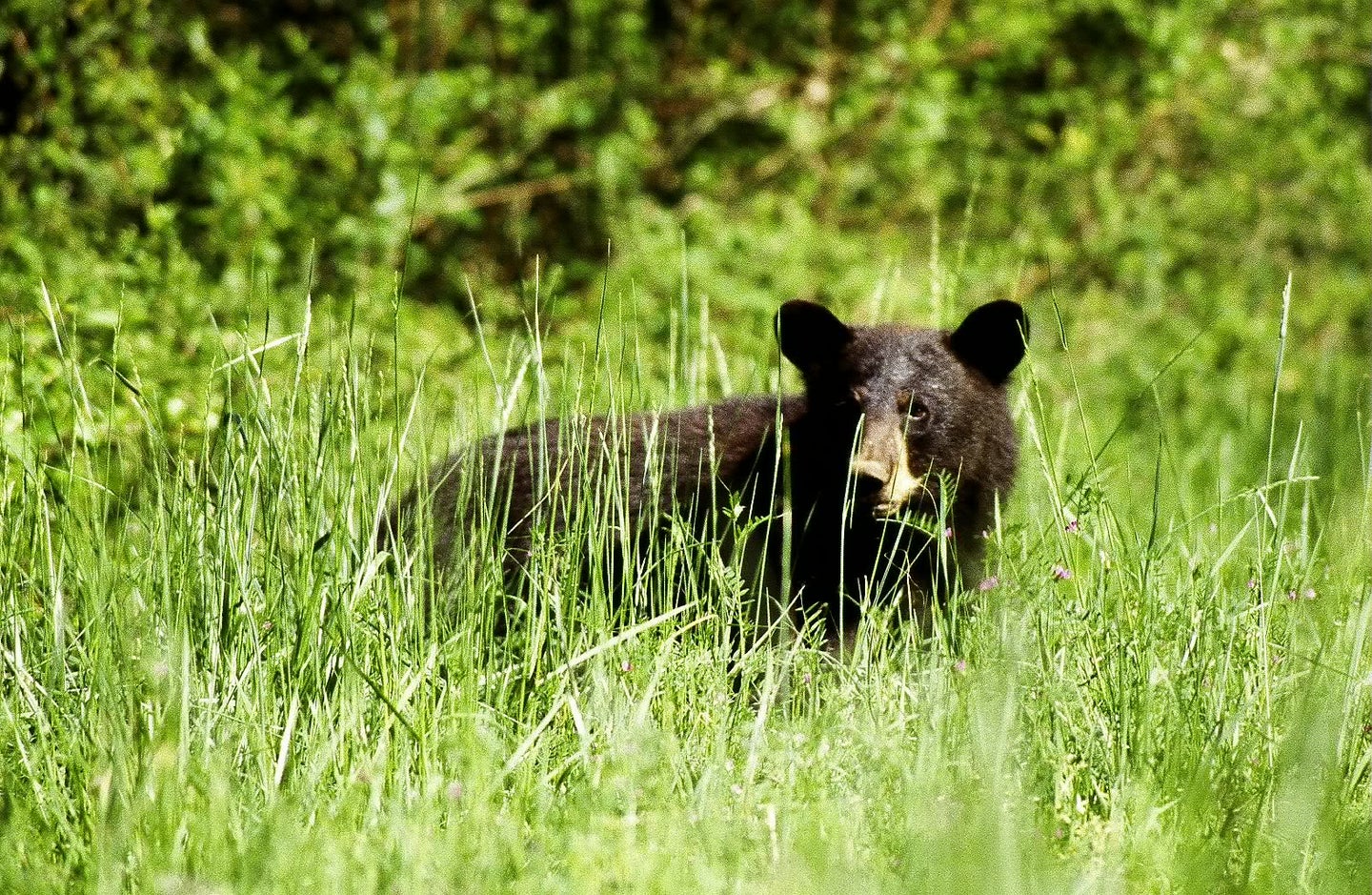 For the first time in more than 20 years, Washington will not hold a limited-entry black bear hunt this spring. USFWS
SHARE

Washington State’s 2022 spring bear hunt was cancelled this past weekend. The Washington Fish and Wildlife Commission met over the weekend and voted 5-4 against establishing a limited-entry bear hunt this spring, reports Seattle’s King-5 News. Saturday’s vote capped off a four-month-long controversy, and called off a hunt that has taken place every year since 1999.

The proposed hunt has been in limbo since November 2021, when the nine-person Commission—which was short one member at the time—deadlocked in a 4-4 vote and effectively suspended the 2022 spring bear hunt. The Commission received a flurry of petitions to restore the hunt over the following weeks, and after the resignation of Commissioner Fred Koontz (who opposed the hunt), the commissioners met again in late January and voted 4-3 to reconsider the spring hunt.

Days later, Gov. Inslee restored the nine-person Commission by appointing three new members, and the full commission decided to review both the ethics and the science behind the proposed hunt before holding a deciding vote this month. Around that time, Washington Department of Fish and Wildlife Director Kelly Susewind told Oregon Public Broadcasting that he supported the 2022 spring bear season.

The season would have taken place from May 7 through June 15, and it would have provided 664 permits accross different Game Management Units across the state. But the numbers show that Washington hunters don’t harvest anywhere near that number on a typical year. The highest take of spring bears over the last decade occurred in 2020, when 145 bruins were tagged by hunters.

In the spirit of moving that respectful dialogue forward, the Fish and Wildlife Commission held a special meeting to discuss the proposed hunt on March 11. More than 25 people shared their opinions during the roughly four-hour meeting, OPB reports, and most of them supported reinstating the hunt.

“You get to teach your children about the right bear to take. You don’t shoot cubs. You don’t shoot sows. That’s not the goal,” said one hunter during the meeting. “The goal is to get meat and share that with your friends and family.”

Carnivore conservation advocate Renee Seacor countered this perspective, calling the idea of a spring hunt “egregious.” She argued that no hunt should occur during an animal’s breeding season because “inevitably cubs will be orphaned.”

But Stephanie Simek, WDFW’s carnivore, furbearer, and small game section manager, reminded commissioners that Washington’s black bear population ranges between roughly 25,000 and 30,000 bears. And she told the commission that she believed “the anticipated level of harvest is sustainable.”

“It’s typically less than 150 bears taken during the season, [and] we have not detected any indicators of over harvest.” she added.

These science-based arguments were not enough to sway the whole commission, however, and Saturday’s decisive 5-4 vote ended any chance of a limited-entry black bear hunt occurring this spring.

“I wish I could say this was unexpected, but it wasn’t”, says Brian Lynn of the National Sportsmen’s Alliance. “Washington is a friendly testing grounds for the animal rights movement, and they know they have an ally in Gov. Inslee. His most recent appointments to the commission show they’re happy to continue pushing an ideological agenda over accepted science. The board is so out of touch with legitimate game management [that] spring bear season is going to be the least of hunters’ issues. More attacks on predator management are on the way.”