Could This Ohio County Actually Instate a Feral Cat Season? This Local Politician Wants One 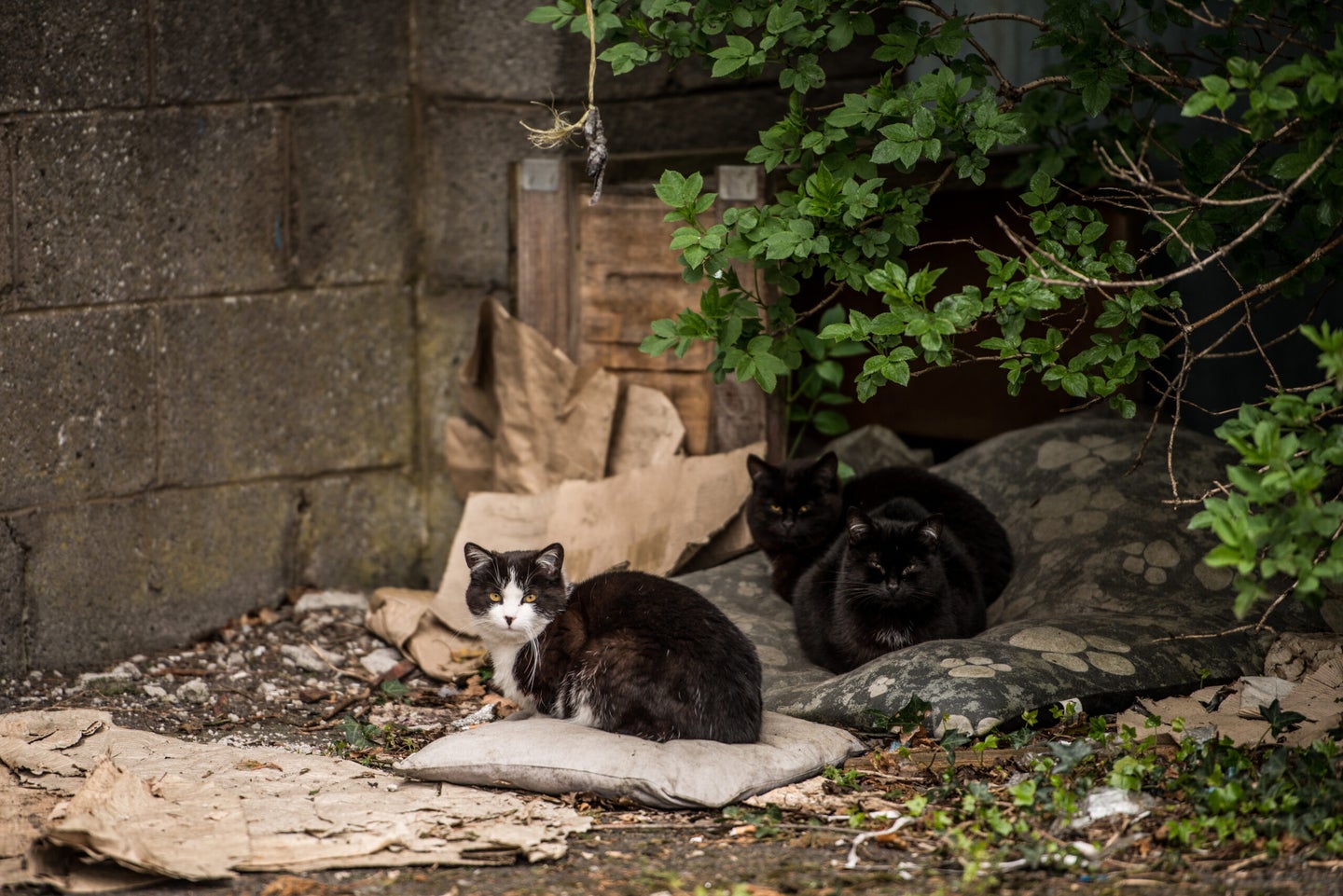 An overpopulation of feral cats in a county in Ohio has a commissioner candidate exploring the option of a hunting season for the animals. Monika Halinowska / Getty
SHARE

Prosecutor Bill Hayes, who is running for commissioner in the Republican primary, proposed a feral cat hunting season during a forum at the Career and Technology Education Centers of Licking County, Ohio this week.

A group that spays and neuters cats says there are 130 active feral cat colonies in the county, according to Newark Advocate. Hayes noted the various seasons for other wild species and suggested a hunting season could be the answer to the county’s cat problem.

“This won’t be very popular,” said Hayes. “We have a squirrel season, various seasons. It would seem to me if you’ve got an animal that’s not a pet for anybody, you’ve got to do what you’ve got to do to make the situation better.”

Ohio Revised Code 959.131 defines a companion animal as “any animal that is kept inside a residential dwelling and any dog or cat regardless of where it is kept.” The code further states, “No person shall knowingly torture, torment, needlessly mutilate or maim, cruelly beat, poison, needlessly kill, or commit an act of cruelty against a companion animal.”

While cats are common pets, feral cats are decidedly wild animals, and they would fall outside of this Ohio code. So, while this suggestion might not be popular among some, it would be legal. Typically, however, non-native species that are causing management issues—pythons, feral hogs, invasive carp—don’t have seasons.

A widely-cited study from 2013 reports free-ranging cats kill up to 4 billion birds and 22 billion mammals in the U.S. each year. As Outdoor Life has reported in the past, feral animals such as cats can lead to major ecological issues. In Australia, for example, cats have been implicated in roughly 28 Australian mammal extinctions. As a result, the country resolved to eliminate 2 million feral cats in five years starting in 2015. In the U.S., however, shooting feral cats is illegal in most states due to animal-cruelty laws that don’t leave room for feral pest control, and a gray area in most hunting regs. Wyoming is the rare state that explicitly mentions feral cats, classifying “stray cats” as predatory animals that may be taken without a license.

Spay and neuter programs are used as a control program for feral cats, although Trap, Neuter, Release strategies put cats that are still capable of killing native birds and mammals back on the landscape.