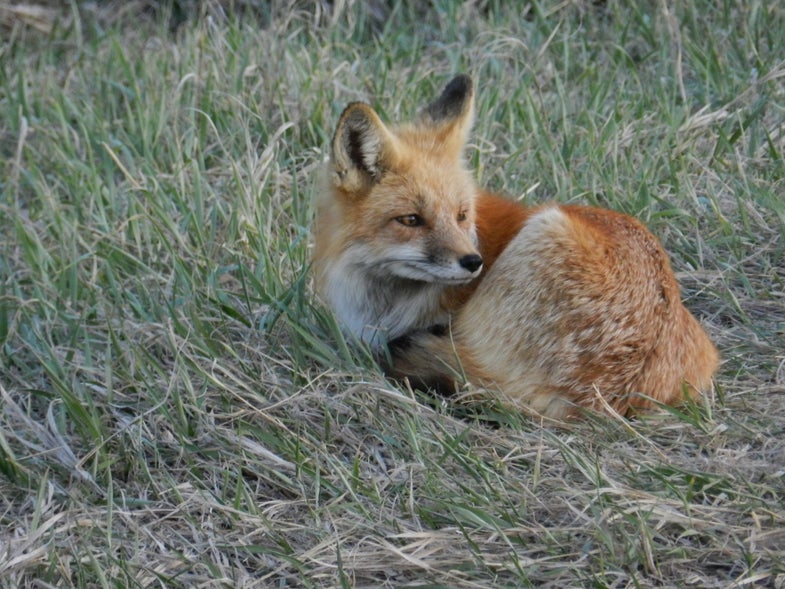 It's the first documented case of mammals contracting the avian flu in the state during this outbreak. Pedro 'Pete' Ramirez, Jr. / USFWS
SHARE

Two red foxes that were found dead in two different Utah cities have tested positive for the highly contagious avian flu, according to the Utah Division of Wildlife Resources. The deadly virus was first detected in Utah in April and has since spread to wild and domestic bird populations across the state.

The first red fox was found dead on a homeowner’s lawn in Murray on May 24. Two days later, an individual reported a second dead red fox roughly 5 miles away in Taylorsville. Both occurred in the Salt Lake Valley.

“While it does happen, it’s not very common for wildlife species other than birds to get highly pathogenic avian influenza,” said veterinarian Ginger Stout in a DWR press release.

The two foxes were the first confirmed mammals to test positive for the avian flu in the state.

“Some states have had one or two cases in wild mammals, but it’s pretty infrequent, and it seems to affect younger animals more often when it does occur,” said Stout.

UWR wildlife officials sent the bodies to the Utah Veterinary Diagnostic Laboratory in Logan, Utah for testing. Officials then sent samples to the National Veterinary Services Laboratory in Iowa to confirm the presence of the virus in the two mammals. Both foxes tested negative for rabies.

The first official case of avian influenza in Utah occurred in April when chickens in a non-commercial flock reported positive for the virus.

Last month, Utah confirmed its first official case in wild birds when a great horned owl in Cache County tested positive. Since then, the state has confirmed the virus in 25 wild birds across eight counties.

Since January, the highly contagious bird flu has been wreaking havoc on wild and domestic bird populations across the country.

As of this week, 1,422 wild birds across 41 states have tested positive for avian influenza. In addition, officials have reported outbreaks in 36 states, affecting 39,874,604 domestic poultry from 396 outbreaks.

Over the past few months, Outdoor Life has reported on several outbreaks in the Pacific Northwest, Texas, and Wyoming. This week, Arizona reported its first cases, and ducks in the National Mall tested positive for the virus.

In addition, the virus is significantly affecting the poultry industry and causing price spikes for many commercial products, including eggs, whose prices have risen 45 percent since February. In April, the United States Department of Agriculture allocated $263 million to the Animal and Plant Health Inspection Service to help combat the virus and protect the industry.

“Highly pathogenic avian influenza is a serious concern for our nation’s poultry industry,” said USDA undersecretary for marketing and regulatory programs Jenny Lester Moffitt. “We need to continue our nationwide response to minimize the impact.”

Although there has been a confirmed case of the virus infecting a human, which occurred in Colorado in May, the Center for Disease Control considers avian influenza to be of low risk to humans.