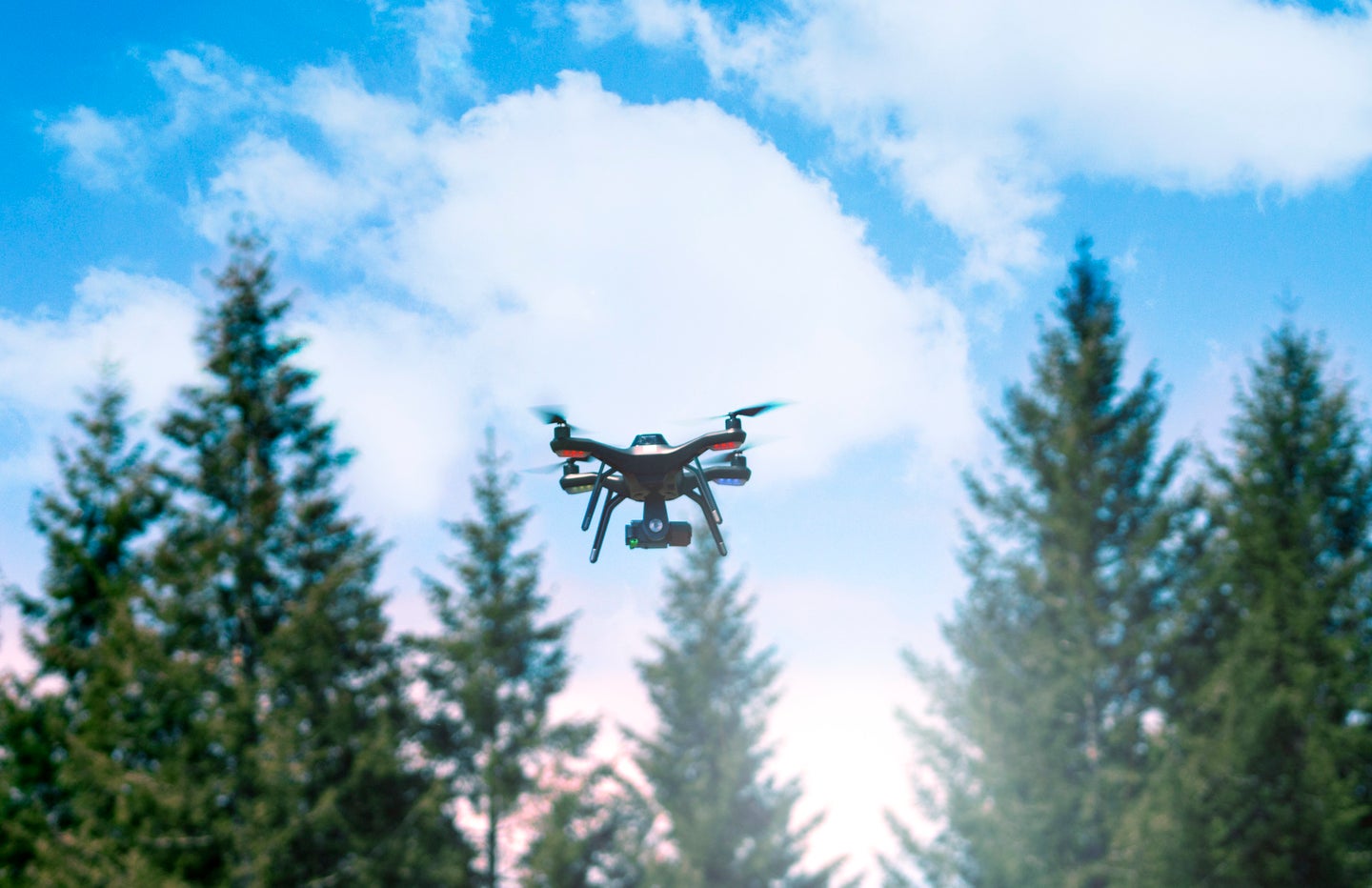 Unauthorized drones can lead to grounded planes and helicopters and slow down efforts to fight wildfires. BLM
SHARE

During wildfire season, state and local officials need every tool available to contain blazes before they become too large to handle. These tools include fixed-winged aircraft and helicopters, which help on-the-ground efforts by dropping water and retardants on the fire from above.

But in most circumstances, the presence of an unidentified drone in the area forces officials to ground these aircraft, which can lead to delays and make wildfires worse. That’s why the Los Angeles County Fire Department and the FBI are forming an unlikely alliance to deter drones from being flown in or around wildfires.

“It’s a mandatory stop of operations when we see drones operating in our emergency locations,” captain David Laub of the LACFD told CNN.

Laub explained that these drones—which have become increasingly affordable and available in recent years— pose a danger to wildfire operations because officials usually don’t know the operator’s intentions. In many cases, the pilots flying these unauthorized drones are just trying to get a closer look at a fast-burning wildfire, but officials have to treat every rogue drone in the area for what it is: a threat to public safety.

As the Federal Aviation Administration explains: “Firefighting aircraft fly at very low altitudes, typically just a couple hundred feet above the ground, the same altitude as drones flown by members of the public and others. This creates the potential for a mid-air collision or pilot distraction that could result in a serious or fatal accident.”

Over the past few years, there have been over 100 documented cases of unauthorized drones flying around wildfire operations, according to the FAA.

The new partnership between the LACFD and the FBI allows fire officials to identify drones that invade the airspace and quickly seek out their operator. The task force establishes a boundary around the wildfire operation, and as soon as an unauthorized drone enters the boundary, officials can identify the drone’s flight plan, direction, and location of the controller.

“When the detection equipment finds the drone and identifies the operator’s location, we can very rapidly get that information to a ground intercept team who can then go make contact with that drone operator and essentially get them to stop flying that drone,” said James Peaco III, an official with the FBI Los Angeles field office.

Once the team tracks down the operator, they instruct them to ground the drone.

The task force classifies these drone operators into three categories: clueless, careless, and criminal. For clueless and careless operators, who are often unaware that what they’re doing is illegal, officials usually issue a minor citation or provide a warning to the operator.

Criminal operators are those who are unwilling to comply with the intercept team or who cause major damage, and the task force can charge these individuals with a federal crime. Flying a drone near a wildfire is a federal felony punishable by up to a year in prison and a $20,000 fine, Peaco explained.

The FBI and LACFD plan to expand this program throughout Southern California in the hope that it will help support fire officials and prevent unnecessary delays.

In California, there have been 3,598 fires that have burned nearly 23,000 acres of land in 2022, according to CAL Fire. Currently, two of the biggest fires in the state are burning outside of Yosemite National Park, including the Washburn Fire, which doubled in size over the weekend.